Home Health Kiss Of the Devil: How To Quickly Get Rid Of the Manifestations Of Herpes at Home 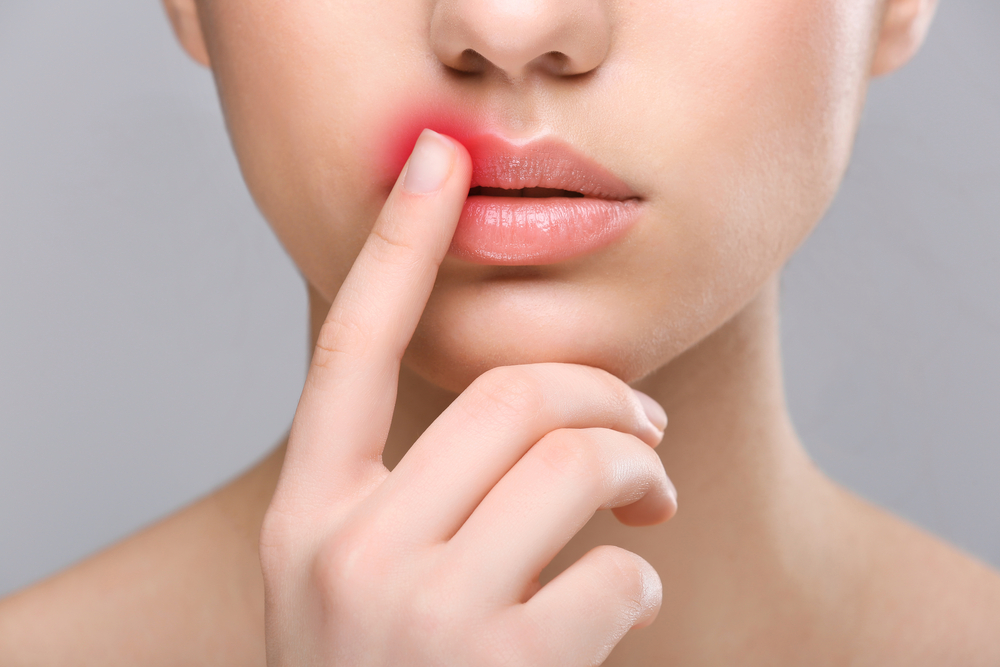 Kiss Of the Devil: How To Quickly Get Rid Of the Manifestations Of Herpes at Home

Herpes type 1, a cold on the lips or a kiss of the devil … Two-thirds of the world’s population suffer from this disease. Often, herpes makes itself felt during periods when the person’s immunity is greatly weakened, and is manifested by blistering rashes on the lips and in the mouth. This happens mainly in the winter season.

This discomforting disease usually manifests itself in a mild form in carriers of the herpes virus 1-2 times a year. On the first day, you can feel a slight burning sensation on the lips and see the emerging rash. During the day, burning passes, but from an aesthetic point of view, the effects of herpes look unpresentable. And so throughout the week you have to mask the wound until it is healed.

Most people become infected with the herpes virus before the age of 5 years. Herpes is transmitted to the child from the mother or through contact with other infected children. Herpes type 1 virus is also transmitted through common dishes when the infection is in an active stage. The chances of getting infected through a kiss with a virus carrier are especially high during an exacerbation of the disease, when rashes appear on the patient’s lips and wounds open.

And if you once again manifestations of the herpes virus on your lips you go to the doctor in a desire to get rid of this disease once and for all, then we hasten to upset you. Once in the human body, the herpes virus will never go anywhere. It settles deep in neurons and from time to time, especially during a period of weakened immunity, prolonged exposure to ultraviolet radiation, stress, depression, hypothermia, or vice versa overheating, recalls its existence in the form of itchy blisters of different diameters on the lips. But this does not mean that it is worth giving up. Doctors prescribe systemic drugs. Most often these are tablets based on altered nucleotides, as well as immunostimulants in order to increase immunity and protective functions of the body.

But most often, those who have learned the torment of this insidious disease always have local ointments in their medicine cabinet that remove the tooth and heal the wounds resulting from puncture of the blisters. However, according to medical protocols, topical drugs are ineffective.

But there are 5 more popular ways that help significantly alleviate the course of the disease:

This is perhaps the easiest way to combat the manifestations of herpes. Aloe vera juice is considered a universal remedy in the fight against problems and skin rashes. All you need is to cut the leaf of aloe vera so that its flesh has a direct effect on the affected area of ​​the lips. Change this “natural compress” every two hours, and you will forget about itching and burning.

On the first day of the active phase of herpes, you need to make milk lotions. To do this, you need 1.5% fat milk and a cotton swab. Wet the swab with milk and apply to the area affected by herpes. Wait until completely dry.

If you have already begun to feel the appearance of blisters on your lips, there is an option to burn them with hydrogen peroxide. The thin skin of the blister will burst, and the itch will pass. Repeat this procedure every 2-3 hours until the blisters “dry up” and take on a crust.

Pass a clove of garlic through a garlic press and apply the garlic mass to a place affected by herpes. The procedure, of course, is not pleasant, and the obsessive smell of garlic stops many, but this method really works. The effect is not long in coming! Garlic will dry the skin and the wound will heal faster.

When going outside, apply peppermint oil to the affected areas. Repeat the procedure up to three times during the day.

In no case should you touch the wound with dirty fingers or try to disguise it with tonal or other cosmetics. So you can only harm and aggravate the situation, and the healing process can be delayed.