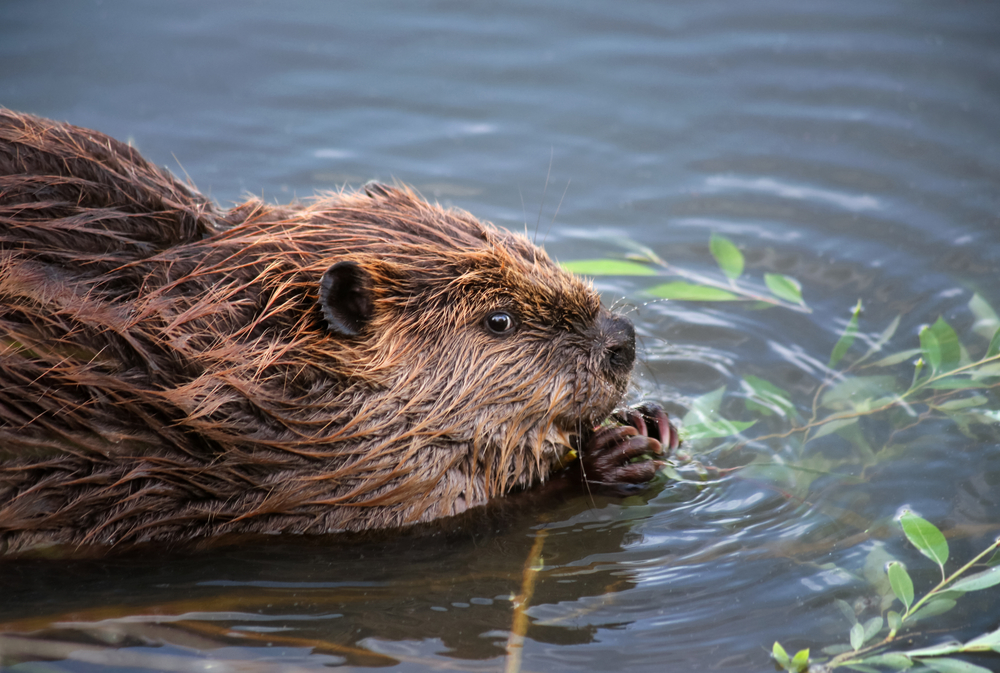 It would seem that it is difficult to surprise a modern person with something. But it turns out that ordinary food, which we used to eat every day, is fraught with many secrets. And not everyone knows about them. And food does have something to surprise us with. The main thing, after what you now find out, does not change your attitude to the once beloved food product.

Today, the magazine and I have collected for you 10 amazing facts about food that you did not even know about

Apples are relatives of roses, coffee dependence is inherited, pistachios have the property of spontaneous combustion, beavers smell of vanilla, and small diamonds are made from tequila. Surprised? It’s only the beginning! And now let us dwell in more detail on each of the facts that seem to be fiction, but in reality this is pure truth!

It’s unlikely that you’ve ever seen a live beaver in your life and especially smell it. Did you know that these animals exude vanilla aromas?)) In fact, the glands of these animals, or rather discharge from them, have a sweet, vanilla odor. This fact did not go unnoticed by perfumers who began to use castoreum, but in common people beaver stream having at the same time a sharp, warm, deep, sweetish smell with hints of skin and smoke in the manufacture of perfumes. Most often, the beaver stream becomes the basis of leather, chypre and animalistic aromas.

And, drum roll, castoreum is also actively used in the food industry. You may not believe it, but a packet of vanilla in your kitchen may contain in small quantities a stream of beaver, which is added to enhance the aroma. And it can also be found in aromatic soft drinks and desserts, including everyone’s favorite ice cream.

There are so-called beaver farms in which people breed these animals and collect castoreum after the animal has marked the territory.

Pistachios are prone to spontaneous combustion

Do not worry, this will not happen with a small packet of pistachios. Only in the case of transportation in large quantities can these nuts self-heat due to friction and, as a result, self-ignite. This may be due to the high oil content in nuts. In addition, the metabolic process in the pistachio kernels does not stop even after their collection. So fat, decomposing, becomes the cause of heating. Therefore, when transporting pistachios in bulk, certain safety precautions should be followed. First, the nuts must be well dried. Secondly, the smallest amount of moisture cannot be allowed to enter nuts boxes, which can provoke their spontaneous combustion. Therefore, it is recommended to transport these “dangerous” nuts at low temperatures and dry weather conditions.

READ MORE Enhance Your Sex Life With These Fall-Winter Foods!

The “father” of cotton candy was a dentist

And their name was William Morrison. And this happened back in 1987, when a dessert called Fairy Floss (at that time known as “Fairytale Thread”) first saw the light. In the same year, Morrison, together with John C. Wharton (his colleague in candy production in Nashville) jointly patented the “electric candy machine” for the production of cotton candy.

Apples are related to roses.

You may be surprised, but it really is! In fact, many fruits, apples, plums, pears, as well as berries, raspberries, strawberries, cherries and even nuts, almonds, are closely related to roses, belonging to the same Rosaceae family (squad Rosales), which has about 2500 plant species.

Many who follow their diet and health in general know that potatoes are far from a healthy vegetable. And this is due to the high rate glycemic index. In short, potatoes can significantly increase blood sugar. But what does it mean, do not eat potatoes at all? Not at all! There is an exit. Just eat it cold. The thing is that when you eat boiled potatoes in a cold form, the process of assimilation of starch is slower, which causes the glycemic index to be lower than for hot potatoes served in the form of the same puree or fried form.

The very chitin that is found in the outer covers of insects, crustaceans and arachnids. It is also contained in the cell walls of mushrooms in fairly large quantities. But do not be so afraid! After all, this substance acts absolutely safely on the human body, in no way violating its natural processes.

But rather the opposite:

So eat, people, mushrooms, and you will be healthy! Even if you now every time will be in front of you insects))

You did not hear! Small-sized diamonds, which have found wide application in the field of electronics, are obtained from tequila.

And now lovers of treating themselves to canned tuna salad were indignant! Unfortunately, but it is. Increasingly, in seafood such as swordfish, beluga, pike and tuna, an increase in the level of methylmercury is recorded, which is a consequence of air pollution.

Therefore, do not lean on the tuna! You’ll be healthier. Better take canned salmon from the shelf. No less tasty and healthy!

Love for coffee is an inheritance

According to Harvard scientists, there are 6 types of genes that are responsible for the assimilation of caffeine by the human body. They also happened to find out why this drink invigorates some, while others put him to sleep. The fault, as it turned out, is our genes. Someone’s feeling of vigor comes from one sip, and someone else give 2-3 cups a day, and then it’s not enough!

But not those that are found in our region, but a special kind of insect known as fig wasps. They are responsible for pollination of fig flowers. During the mating period, the female of this insect settles in the flower of the fruit together with her “partner”, pollinates the flower so that later the fruit is obtained, lays eggs and flies away. So the new offspring of wasps is born into the light within the fetus.

But do not be afraid to stumble upon such an unpleasant find when you decide to buy figs for yourself. Because today, self-pollinating varieties of figs are grown on farms, for the appearance of the fruits of which wasps are no longer needed.

And which of the facts surprised you the most?

READ ALSO Learn About Cilantro: One of the World’s Most Powerful “Superherbs”