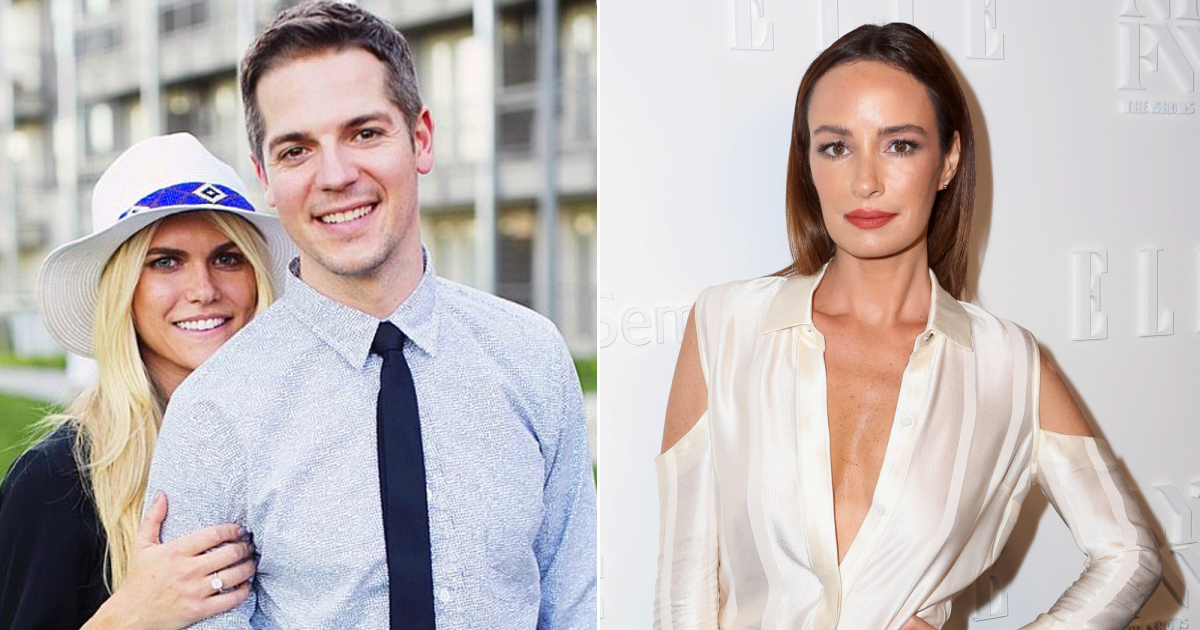 Jason Kennedy and his wife have broken their silence following news that Catt Sadler left E! News due to pay gap disputes.

Lauren Scruggs defended Kennedy, 36, in a post shared on her social media and blog Thursday to give “insight to the last 48 hours,” saying that her husband has received negative comments after Sadler, 43, publicly revealed on Tuesday the drastic pay disparity between herself and her former co-host.

Sadler said she left the network after she found out Kennedy was making “double” her salary for “several years” despite both of them coming up the ranks at E! News around the same time.

“I believe in female empowerment and gender equality, but it’s heartbreaking that a network is being deemed sexist when that is simply not true,” Scruggs, 29, wrote.

“At one time my husband had a female co-anchor on E! News who made 3 times his salary,” she said, alluding to Giuliana Rancic, whom PEOPLE revealed was paid “significantly more” Kennedy before she left the network in 2015.

“Women are paid accordingly on this network, and the difference in his salary versus hers did not affect Jason. He knows there are always more components to consider when determining one’s salary than gender alone,” said Scruggs, who married Kennedy in December 2014.

“Since Jason was named the permanent anchor of E! News over two years ago, he has had various co-hosts that rotate throughout the week. A permanent co-host has never been named since the last one left 6 months ago,” she said.

In a statement to PEOPLE, an E! spokesperson said on behalf of the network and Kennedy, “E! compensates employees fairly and appropriately based on their roles, regardless of gender. We appreciate Catt Sadler’s many contributions at E! News and wish her all the best following her decision to leave the network.”

Scruggs further defended her husband by explaining that “there are two sides to every story” and how her post was to tell Kennedy’s side. “Everyone deserves to know before jumping to conclusions about a place he has called home for the last twelve years,” she said.

“If he ever heard that gender inequality was occurring at his workplace, he would take action. Instead, it’s the contrary, and the numerous phone calls we have had these past two days from both current and former female employees at E! only support what he has seen in his time there. These women have assured us that they never felt gender inequality was at play at any time,” she explained.

Sadler told PEOPLE how she discovered she was being paid half of what Kennedy earns.

This year, the single mother of two’s contract was coming to an end and was notified by E! executives that they wanted to extend her deal. However around the same time that was happening, Sadler said she was “informed and made aware that [Kennedy] who I started with the same year and have come up with doing essentially similar jobs, if not the same job, wasn’t just making a little bit more than me but was making double my salary and has been for several years.”

Upon learning Kennedy’s salary, Sadler said she attempted to renegotiate her new contract. “Not only did [E!] refuse to pay me as much as my male counterpart, but they didn’t come close — nowhere close, not even remotely close,” she recalled.

Meanwhile, Scruggs concluded her post by detailing her husband’s character.

“Jason is the most tender-hearted & respectful person and it’s so sad to see him unfairly publicly shamed. His name has been dragged through the mud regarding nothing he did, except be a great friend & colleague,” she said.

“It absolutely breaks my heart to watch, & it is devastating & frustrating to see how this all played out. I will always stand on truth, & I cannot stand by and be silent when the foundation of a story that affects my family is not based on that. I am so proud of & inspired by my husband for constantly being prayerful, surrounding himself w/ wisdom, & being the definition of a class act even in unfortunate circumstances. Love u, Jase, I am honored to be by your side.”

Scruggs shared a majority of the same paragraphs on social media, only leaving out the sentence she included on her blog commending Sadler.

“I do, though, want to thank Catt for defending and supporting Jase even though this narrative brought insurmountable amounts of hate towards him on social media,” she wrote.

Sadler told PEOPLE on Wednesday that she does not blame Kennedy for the pay disparity.

“Jason Kennedy is one of my best friends in the whole wide world. He is like a brother to me. And in no way do I want this to reflect poorly on him. This is not his fault,” said Sadler, who is a parent to sons Arion Boyd, 12, and Austin Boyd, 16.

“He’s devastated, I think, and I think he believes that this is a great loss for the network. He does not want to see me go. Jason is a class act. … But it’s important that people don’t vilify him because he isn’t the problem — the system’s the problem, the structure’s the problem. And I really do mean that. Because that’s been a hard part of this whole thing because I love him dearly,” she shared. “And to be honest, he has been such a champion for me in every sense. But it’s not his decision.”