Home Health Learn About Cilantro: One of the World’s Most Powerful “Superherbs” 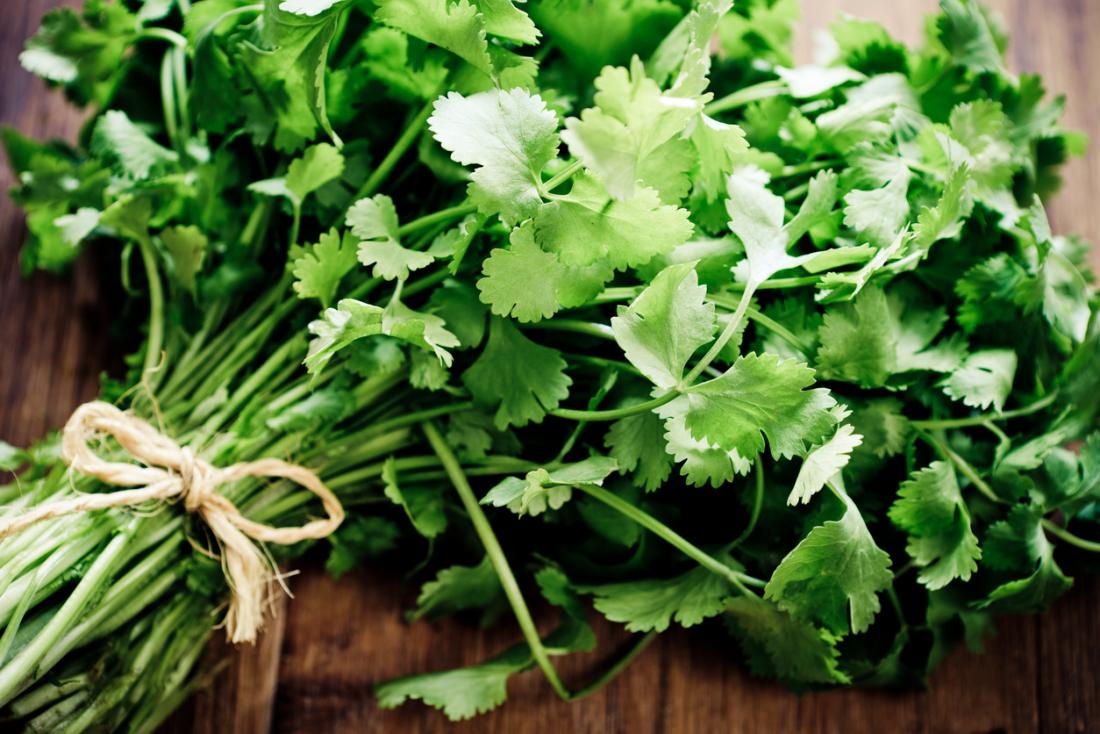 Learn About Cilantro: One of the World’s Most Powerful “Superherbs”

by Ty Bollinger; The Truth About Cancer

For many thousands of years, people across the globe have enjoyed the fresh, citrusy flavor and bright, zesty aroma of one of the world’s oldest and most beloved herbs, cilantro. Also known as Coriandrum sativum, cilantro is a favorite of many in the culinary world, boasting a rich history of food pairing that’s almost as old as time itself. But did you know that cilantro is well-documented in the scientific literature as having medicinal properties as well?

Hailing from the Apiaceae family of herbs, which includes well-known vegetables and spices like parsley, carrots, and celery, as well as some 3,700 other plant species, cilantro is abundant in therapeutic elements that science suggests may help keep the body robustly nourished and free of toxins. Because it’s loaded with vitamins, minerals, and antioxidants, cilantro is a top pick when it comes to perking up foods with a little extra nutrition. Also called coriander or Chinese parsley, cilantro is both delicious and nutritious, which is why cultural foods from all around the world incorporate its use. There’s never a dull moment in terms of flavor when cilantro is present. And thanks to the fact that cilantro is widely available at most grocery stores very inexpensively, you can take home a bundle of cilantro and get a lot out of it by making freshly-prepared guacamole, for instance, which is one great way to incorporate more of it into a healthy diet.

But what about the alleged health benefits of cilantro?

Cilantro: One of the World’s Most Powerful “Superherbs”

Often referred to as a “superherb,” cilantro packs a pretty big punch considering its size. Cilantro contains vitamins A and K, as well as high levels of vitamin C and the trace mineral manganese. Cilantro also contains an impressive lineup of other vitamins and trace minerals such as B vitamins, calcium, iron, zinc, phosphorus, potassium, and magnesium. [1]

In the antioxidant department, cilantro holds its weight with the best of them. Cilantro is such a powerful antioxidant, in fact, that it’s often used as a natural preservative, its oil helping to inhibits oxidation and prevent spoilage in food. [2] There are also antibacterial elements within cilantro that studies have shown can help prevent bacterial infections like Salmonella.

Researchers from the University of California, Berkeley, published a paper in the Journal of Agricultural Food Chemistry back in 2004 that showed inhibition of many different varieties of bacterial infections using cilantro extracts. A major constituent of cilantro, referred to in the study as “dodecanal,” was found to be twice as effective at killing Salmonella compared to a common antibiotic drug known as gentamicin. [3] The study’s lead author, Isao Kubo, as well as his colleagues, were shocked to discover how effective cilantro can be at keeping certain health conditions at bay.

Cilantro for Detox: Flush Out Those Toxic Heavy Metals

It’s an unfortunate fact that our world is polluted, and we inadvertently ingest all sorts of chemicals, including toxic heavy metals like aluminum and lead. But the good news is that science has uncovered some powerful substances that may be able to help, cilantro potentially being among these. Numerous studies have shown that regular consumption of cilantro may help to cleanse the body. It does this by aiding the body in its natural elimination of heavy metals by binding to and eliminating them from both the digestive tract and any other tissues where they may have accumulated − a process known as chelation.

One study involving rats, for instance, found that those given high amounts of cilantro regularly saw greatly improved elimination of lead from their bodies after several weeks of use. [4] Another study published in the journal Acupuncture & Electro-Therapeutics Research reported the effective use of cilantro in cleansing the body of toxic mercury, which ranks among the most heinous of the known toxic heavy metals. [5]

There are many reasons why it’s so important to keep your body free of heavy metal toxins. If you don’t, they could end up negatively affecting your brain, muscle tissue, endocrine system, and even bone structure. Toxic metals that get into these areas can lead to impaired organ function, hormone imbalances, and oxidative stress, which can lead to chronic inflammation and other damage.

According to Dr. Yoshiaki Omura, MD, Director of Medical Research at the Heart Disease Foundation in New York, people who take antibiotic drugs are actually worsening their chances that heavy metals will build up inside their bodies and cause long-term harm. Research that Dr. Omura helped author revealed that cilantro can help undo this damage and help those with chronic health problems caused by antibiotics to recover. [6]

Keep Your Tummy Happy with Cilantro

Beyond its heavy metal busting abilities, cilantro has long been used as a natural remedy for upset stomach, including bloating and gas, heartburn, and stomach cramps. Cilantro also has another leg up on many other herbs: it may aid in the body’s natural production of digestive enzymes − helping to speed up the breakdown of food, as well as support its rapid and thorough assimilation into the digestive tract.

When eating spicier foods, cilantro can also help “cool” them down and make them more digestible. (In this case “cooling” referring to flavor temperature, not the actual physical temperature of food.) This simple mechanism of helping to “neutralize” the impact of spices on the body while at the same time supporting and enhancing their benefits suggests that cilantro really is something of a class act when compared to its peers.

Those who suffer from chronic bloating, cramps, and generalized abdominal pain may also benefit from consuming more cilantro, as might those who’ve recently developed food poisoning. Many of these conditions could be a factor of not eating enough natural produce with detoxifying elements, of which cilantro ranks among the most densely packed.

A paper published in the International Journal of Food Microbiology in 2002 found that cilantro can be a powerful weapon against the food-borne pathogen Listeria, which in some cases can be deadly. Even when compared to other similar herbs like dill and eucalyptus, not a one of them was found to be anywhere near as potent or effective as cilantro. [7]

READ MORE The Simplicity of Detoxification – And What Symptoms to Expect

And on and on the list goes, with studies showing that everything from neurological inflammation and skin problems to urinary tract infections and cardiovascular disease may be improved by consuming enough cilantro. Even cancer has a link to cilantro, with research suggesting that consuming more of this powerful herb may help to ward off or protect against colon cancer. [8]

As you can see, this versatile herb has an awe-inspiring array of potential health benefits, many of which have been lost or overlooked over the years. The good news is that they’re now coming back into vogue, and it’s quite easy to join in on the fun by taking a trip down to your local grocery store, or by finding a high quality supplement made from pure ingredients without any added fillers, chemicals, or preservatives – exactly the way nature intended.