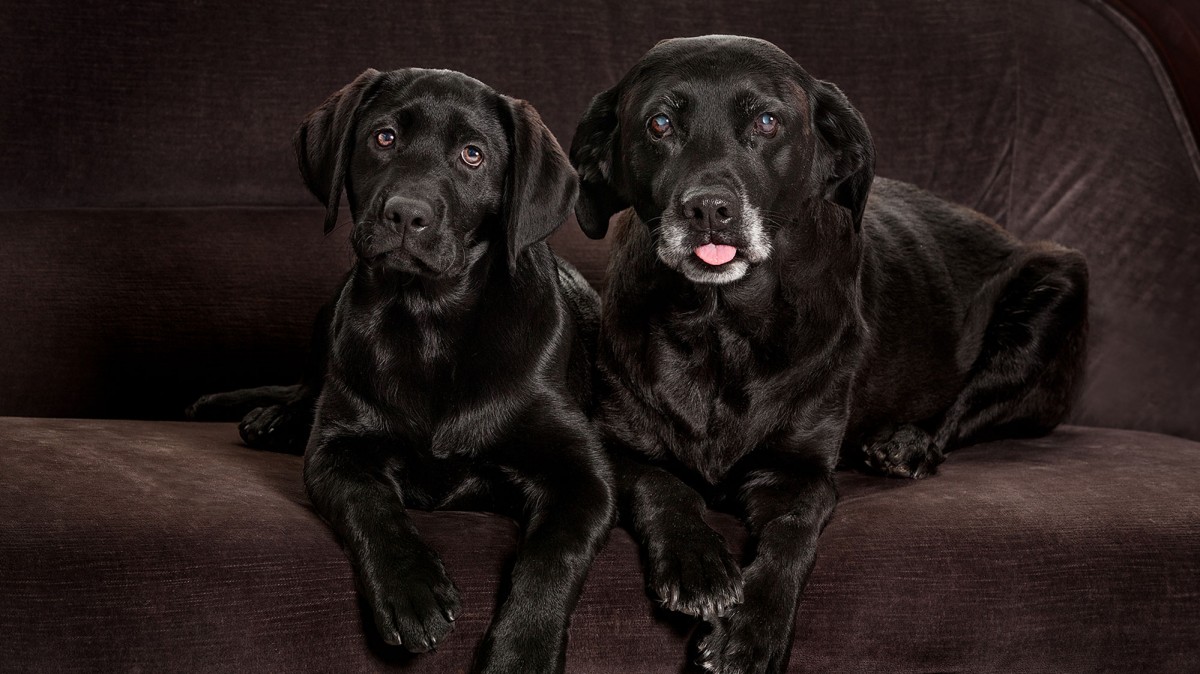 When Barbra Streisand revealed to Variety magazine that she’d had her dog cloned for $50,000, many people learned for the first time that copying pets and other animals is a real business.

That’s right: you can pay to clone a dog, a horse, or a top beef bull and get a living copy back in a matter of months.

The story that sent shivers up my spine, though, came out a few days later. It was about Monni Must, a Michigan portrait photographer who paid to clone Billy Bean, a Labrador retriever that had belonged to her oldest daughter, Miya.

Miya had committed suicide 10 years earlier. To Must, cloning the elderly dog was a way to keep her daughter’s memory alive and, she says, to “protect” her grief.

During the cloning procedure, Must received updates, including sonograms of the developing puppy. The time line seemed full of profound coincidences. Veterinarians detected the clone’s heartbeat on Miya’s birthday, October 11. The puppy was born in November, the same month Miya killed herself.

“It’s a sign. For me, it’s a sign that Miya is involved and aware,” Must told me.

Alarm bells went off in my head. Must wasn’t just cloning a pet. She was trying to preserve a lost child. It seemed awfully close to a real human cloning scenario, one in which a heartbroken parent tries to replace a son or daughter who dies early.

I shot a question to Jose Cibelli, an animal cloning scientist at Michigan State University: Is it time to worry about human cloning again?

I met Cibelli 15 years ago, when I was among a pack of journalists covering cloning nonstop. Back then, it seemed possible that someone might try to copy a human being at any moment. There was a loud-mouthed Italian fertility doctor named Antinori who said he was trying, and a UFO cult called the Raëlians had a human cloning company, Clonaid; it seemed all too plausible when they pranked the media with claims to have created a clone baby named Eve. In 2002, the National Academies issued an emergency report on the situation.

But human cloning never happened. The reason is clear in retrospect. In the basic cloning procedure, like that used to create Dolly the sheep in 1996, scientists take an entire adult cell and inject it into an egg that’s been relieved of its own DNA. The resulting embryo is a clone.

But that process is inefficient. In many animals, only one in 100 cloned embryos ever leads to a live birth. Some embryos expire in the IVF dish. Others wither in the womb. Of those that are born, a few suffer from abnormalities and quickly die.

You would “shudder to think,” a 2001 article in the New York Times said, “what might happen if humans are cloned with today’s techniques.”

Stories from our archives that put technology in perspective

Nevertheless, cloning moved forward in cattle and pet dogs. That is because eggs can be collected in large enough numbers to let companies overcome the technology’s inherent inefficiency. Failed clones are just a cost of doing business.

The cause of the problems is better understood today. For a skin cell to be a skin cell, it doesn’t need the full complement of genes. So many are simply shut off. The reason cloning works at all is that an egg has a remarkable ability to turn genes back on through a process called reprogramming. Yet the egg has only hours to do the job, and some genes are resistant.

It is these resistant genes, still blocked and unavailable to play their role in the developing embryo, that “are believed to be responsible for the demise of clones,” Cibelli says.

That’s also where the recent breakthroughs come in. Cibelli pointed me to the work of Yi Zhang, a stem-cell biologist at Boston Children’s Hospital and an investigator at the Howard Hughes Medical Institute. He said Zhang has found chemicals that, if added to an egg, can help release the blocked genes.

In Zhang’s hands, addition of these “modifiers” has led to dramatic improvements in cloning—wiping out barriers present in the adult cells. Zhang first tried it with mice. Instead of about 1 percent of cloned embryos leading to a mouse pup, he says, now 10 percent of them do.

“The gain in efficiency is tremendous,” says Zhang, who says he filed a patent based on the discovery.

Zhang then tried the process on human eggs. In 2015, his team recruited four women to have eggs drawn from their ovaries. Into these, they injected skin cells from other people.

Without the gene-releasing molecules, the cloned embryos never developed correctly. With the modifiers, though, about a quarter of them did. “We tried to wipe out the barriers in the adult cells,” he says. “Bottom line: we would have failed otherwise.”

To be very clear, Zhang isn’t planning to make babies. Instead, his objective in cloning speck-size human embryos is to obtain their stem cells. Known as “therapeutic cloning,” it’s a way to create powerful embryonic stem cells genetically identical to those of the donor adult—say, as a source of replacement tissue.

Therapeutic cloning is not a new idea. Cibelli himself was the first to try it (and fail) 15 years ago. When it didn’t work, scientists moved toward other ways of making stem cells by reprogramming skin cells in the lab. Suddenly, though, cloning for stem cells is no longer the wackadoodle scheme it once was. With higher efficiency, doctors might actually use it to make matching tissue for people who can afford it, says Zhang. He’s starting a company, NewStem, to begin banking cloned stem cells.

“Before, it was theoretically possible, but you’d have to use a lot of eggs, so it wasn’t a reality,” says Zhang. “Now, with the efficiency, it becomes a reality.”

We can make cloned human embryos pretty well. Could we go further and grow those embryos into a baby? A clue came in January of 2018, when researchers in China cloned our animal cousins—monkeys—for the first time. Pictures of two cute baby primates, Zhong Zhong and Hua Hua, quickly spread around the world.

Why had the Chinese succeeded where every previous attempt to clone monkeys had failed? The answer was they’d used Zhang’s efficiency-enhancing molecules.

Not all the problems have been solved. The Chinese managed to create the animals by starting with skin cells of an aborted monkey fetus. But two other clones, made from an adult animal’s cells, died shortly after birth. There’s little detail available on why those two monkeys died. But it’s a safe bet it was somehow to do with incomplete reprogramming of the adult cells.

In Zhang’s view, it would still be crazy and impractical (and illegal) to try to clone a person. Despite the higher efficiency, he notes that Chinese teams used 63 surrogate mothers and 417 eggs to make two monkey clones. Just imagine arranging for dozens of human surrogates and egg donors.

“No society could accept this,” says Zhang. “On the other hand, if you are asking me, Can you improve the efficiency even more? Well, the answer is yes. My answer is that eventually, from a technology point of view, human cloning will be possible.”

Creating a human clone isn’t only a question of technology. You’d also need a reason to do it, experts willing to help, and someone to fund it all.

Wildcatting billionaires might be the easiest part to arrange. In March, the CBS program 60 Minutes aired a segment about La Dolfina, an Argentinian polo team whose players all ride copies of the same horse. The entrepreneur behind the horse cloning, Texas businessman D. Alan Meeker, told CBS that he’s “been asked by some of the wealthiest people on the planet to clone a human being.” Meeker said he’d refused. His reason: no one would tell him why they wanted a clone.

But we know one reason—maybe the most powerful of all. When I spoke by phone to Must, the photographer, she recounted her devastation at her daughter’s suicide.

Must had inherited Miya’s dog, Billy Bean, and told me the idea of cloning came to her suddenly, years later, when the dog was about to turn 14. “I feared everyone was going to forget Miya, that am I going to forget Miya,” Must said. “I thought I was going to lose the dog, and I was literally falling part. It was a lightning bolt: oh my God, I am going to clone her. I was just desperate.”

Must eventually had a veterinarian collect a sample of the dog’s skin tissue and sent it to a company called PerPETuate. For a $1,300 fee, PerPETuate prepares a cell line from a pet’s skin and stores the cells in liquid nitrogen for later cloning. The service is, in effect, an inexpensive way to hold onto an animal’s DNA while you decide if you’ll pay the full $50,000 cloning cost. PerPETuate founder Ron Gillespie says he’s storing frozen tissue from dogs, cats, and even a lion from a Mexican zoo. Must isn’t the only person to clone a dog belonging to a dead child, he says. The company will not accept human cells, however. Not from bereaved parents or anyone else.

“We’ve gotten many requests,” says Gillespie. “I say we don’t do it. And when people press me where they can do it, I say ‘I don’t know.’ I just totally dismiss it. One of the biggest complaints we have about this is that it is going to lead to human cloning, and people are very opposed to that, beginning with me.”

Billy Bean’s cells ended up getting shipped to ViaGen Pets, a Texas company that provides the cloning service. In September 2017, Must learned that cloned Billy Bean embryos had been transferred to a canine surrogate. Two months later, she picked up the new puppy. The dog “has a real soul and is everything my daughter was—fun, social, kind, and people gravitate to her,” she says. “I feel that I still have that touchable, tactile connection and not just a spiritual connection.”

I finally asked Must: Would she have cloned Miya if she’d had the chance?

She said it’s not a question she has an answer to. “When you have a child who dies, you are not in a good place. You are not in a place to make a rational decision,” she says.

In fact, she admits people thought she’d gone “over the edge” when she resolved to clone the dog. “It was a particularly desperate attempt on my part. My other daughters thought I had lost my marbles,” she says. “But it worked. It is kind of scary to think of what this means.”