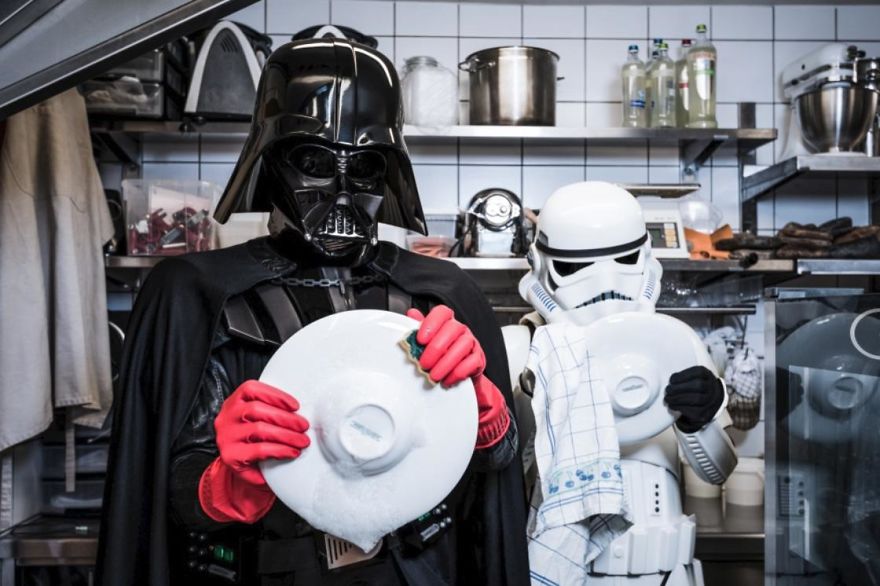 Michaël Massart is a photographer from Belgium who started to take this hobby more seriously in 2008, just after a knee injury forced him to give up sports. Looking for a new passion, Massart discovered photography, which became a huge part of his life and a great medium for self-expression.
One of his latest projects is this photo series where the infamous Darth Vader from Star Wars is trying to do ordinary jobs. The whole idea behind the project, called “The Empire against the Crisis,” is to show what would happen if Darth Vader was facing the financial crisis that destroyed the Galactic Empire. The photographer stages the bankruptcy of the Empire and tells the story from this point, at the same time showing the reality of some of us, who sometimes don’t have a choice and have to do things that just come up.
A difficult situation forces Darth Vader and Stormtroopers take such tasks as washing the dishes, cars, delivering packages, taking care of toilets, or driving the bus. Scroll down to see how they’ve been brought to reality in this quirky series by Michaël Massart.
More info: michaelmassart.zenfolio.com | Facebook | Instagram