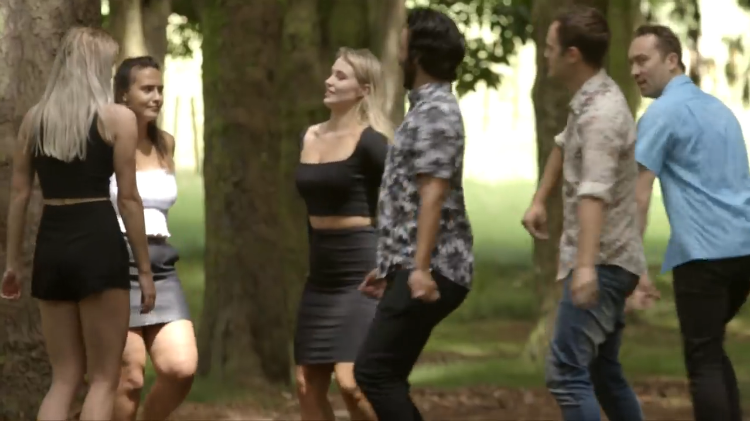 Viva Dirt League, a gaming comedy troupe in Auckland, New Zealand created a rather amusing parody of the distinctive Planet Earth documentary style. This parody was made complete with a Sir David Attenborough sound-alike narrator who commented on the mating rituals of humans in their natural club habitat. Unfortunately, the advances by the male of the species were completely rebuffed due to nervously immature execution of the process.

Egged on by the others, the youngest of the males makes the first move.Young and hopeful, he moves in to strike, however youth and inexperience play against the youngling. He attempts to connect with them from afar, relying on making eye contact. He gets nothing back. The youngling is frightened and out of his element. He retreats back to the other males.

READ ALSO The Archetypal Path to Getting Your Shit Together