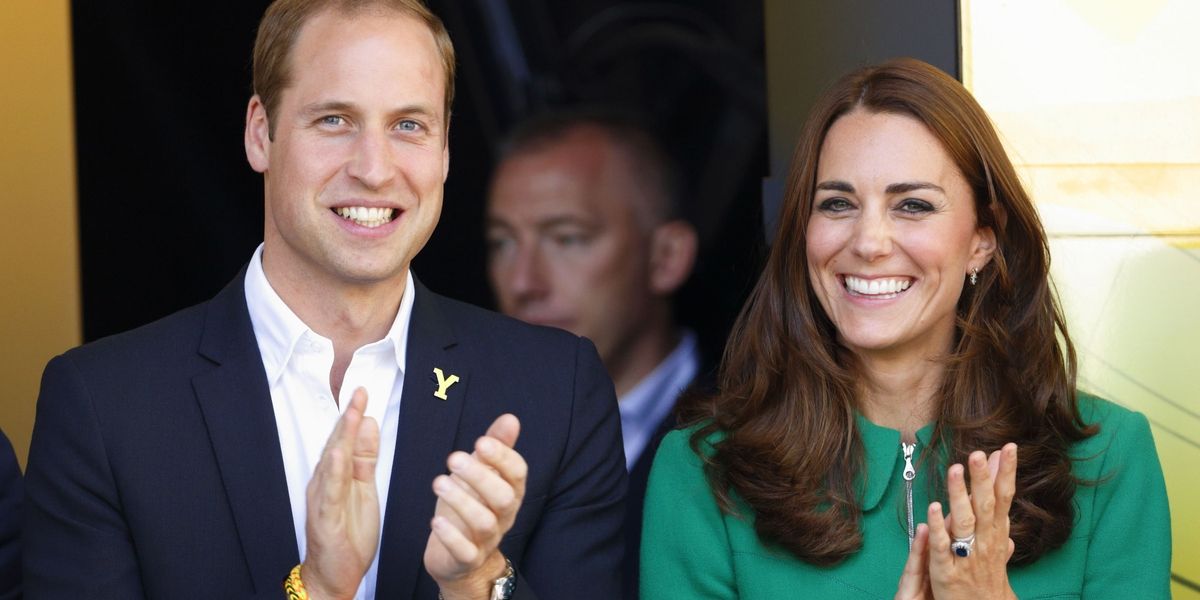 Let it never be said that Prince William isn’t a good sport.

The 34-year-old royal was attending the Royal Variety Show, which was aired on Britain’s ITV last night, and whole-heartedly joined in with host Miranda Hart’s jokes.

After being cajoled by the comedian, William shouted out her catch phrases including “such fun!”, prompting laughter and cheers from Kate Middleton and the audience.

Later on in the evening, after a performance by the cast of the stage adaptation Annie, Hart encouraged the young stars to request Prince William show off his galloping—another trademark from Hart’s BBC1 show.

And of course William happily obliged.

Viewers at home shared their delight at the Duke’s jokey move on Twitter, with one social media user even heralding him a “legend”.

Another added: “Prince William doing a gallop on TV has made my night! What a guy!”

Speaking about the Prince’s impromptu performance after the show, and referencing his cameo as a stormtrooper in the new Star Wars film, Hart told ITV: “I did apologize to him at the end and he said he’d practice his galloping.

“I thought he was wonderful in joining in. I forgot to get him to knight me with a lightsaber but maybe another time.”

Meanwhile, Prince William and Prince Harry recently made an appearance on the red carpet for the premiere of Star Wars: The Last Jedi to celebrate their roles in the film.