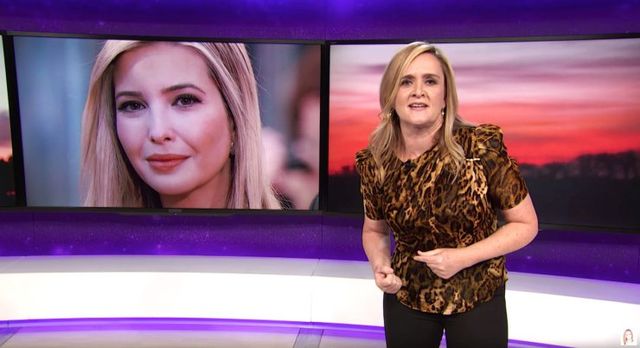 Samantha Bee Apologizes To Ivanka After Pressure From Trump Administration

Earlier this week on Full Frontal, host Samantha Bee shared a picture Ivanka Trump recently posted with her son. “You know, Ivanka, that’s a beautiful photo of you and your child,” she commented, “but let me just say from one mother to another, do something about your dad’s immigration practices, you feckless cunt.”

Comedian Kathy Griffin, a year after releasing a photo of herself holding a bloodied Trump mask, released her own series of tweets about the motivation behind her photo and her thoughts on the attacks and investigation that followed. “The only way to deal with a presidency that abuses power and is authoritarian in nature is to make sure that we back up those that the administration has tried to knock down,” Griffin wrote. Check out the thread here.

…And Chelsea Clinton Weighs In On The Hypocrisy

After Trump’s outcry about Bee’s use of the C-word, Clinton shared a tweet from writer Oliver Willis that pointed to Trump’s meeting with Ted Nugent, who previously had called Hillary Clinton a “toxic cunt” and a “two-bit whore.” Read more on The Hill.

The recent referendum in the Republic of Ireland legalized abortions in early pregnancy, but Northern Ireland still has strict anti-abortion laws. Yesterday, women protested by taking illegal termination pills in front of police officers outside Belfast’s court buildings. Read the full story in The Independent.

According to The Salt Lake Tribune, a recent Arizona case of sexual assault spanning over the course of ten years shows that bishops in Mormon churches have been told not to inform police when they learn that a child is being sexually abused. Read the Tribune’s report here.

Last night, the candidate for New York governor chatted with Trevor Noah on the Daily Show about her inspiration to run for office. “The election of Donald Trump was a wake-up call for this country, and if we wanted to see real change, then we had to go out there and bring it on ourselves,” she told the host. Check out a clip of her comments on The Hollywood Reporter. 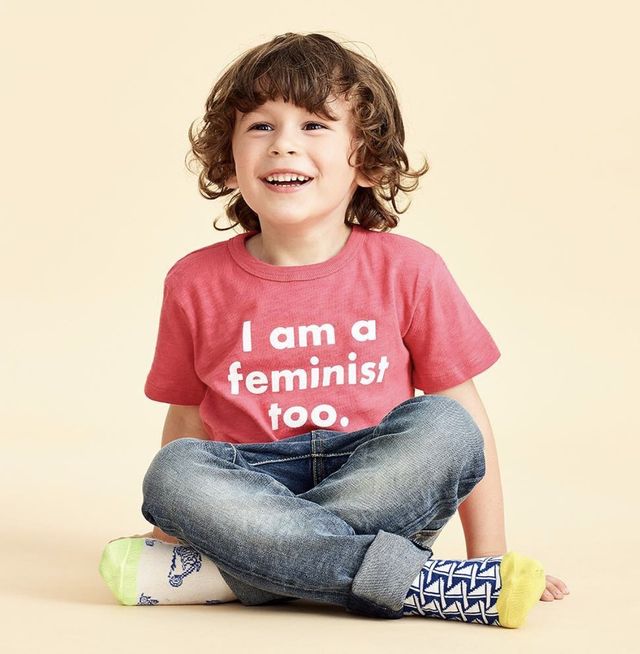 The Right Is Angry About A Feminist Shirt For Boys

J. Crew recently dropped a tee for boys that pretty innocuously says, “I am a feminist too.” Though it’s already sold out in two sizes, many commentors attacked the brand for “assigning a political agenda onto children.” Read more on InStyle.

If you’re looking for a new Sapphic summer bop that wasn’t written by a team of straight men—cough, not naming names—“Lesbian Jesus” Hayley Kiyoko dropped a new gorgeous video for “What I Need,” a standout track off Kiyoko’s album featuring queer R&B singer-songwriter Kehlani. Check it out below:

Lydia Wang is a writer, pug enthusiast, and hopeless romantic. She lives in New York, writes for BUST, and overshares on Twitter: @lydiaetc.