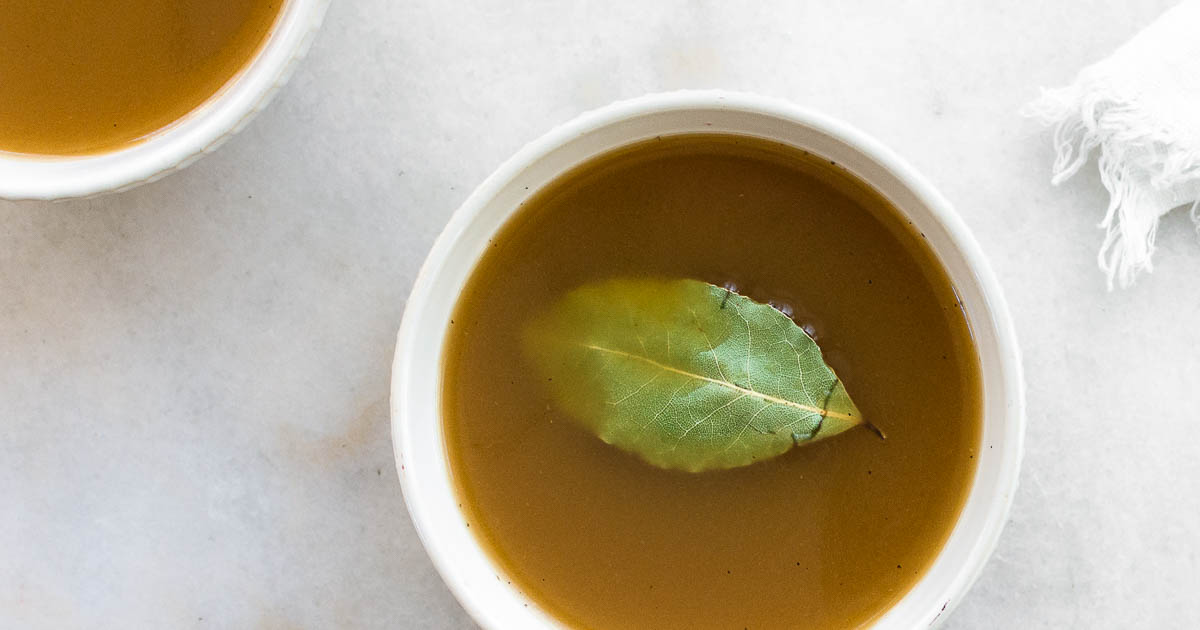 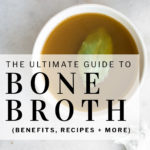 Wholesome and deeply nourishing, bone broths are among the most affordable and nutritious foods you can make at home. Rich in protein with a deeply savory aroma and flavor, broth gives foundation to soups, stews and sauces. Even more, you can also sip them on their own as a restorative.

What is bone broth?

Bone broth is the liquid that is leftover after you simmer meaty bones and connective tissue in water for an extended period of time. In addition to bones, connective tissue and joints, bone broths often contain vegetables, herbs and spices as well as wine or apple cider vinegar.

An acidic ingredient, like wine or apple cider vinegar, helps break down the protein in connective tissue and collagen to produce a gelatinous, protein-rich broth. And it’s that protein that you’re after when you drink broth.

While you can use it as a base for soups, stews sauces and gravies, it’s traditionally sipped on its own as a restorative food. That is, people traditionally sipped broths with the intention of mitigating an illness, like a cold, or to restore and maintain general health.

What’s the difference between broth, stock and bone broth?

Many people sip bone broth or begin making it at home, because they’ve heard that it may support digestion, fortify the immune system, or help reverse visible signs of aging. And while bone broth is an excellent source of collagen and a nutritious foods, its specific benefits are less clear.

Which bones should you use for your broth?

Good bone broth gets its characteristic gelatinous structure from collagen. And collagen comes from the connective tissue in meat, ligaments, and on bones. So, for a good-flavored broth that’s also rich in protein and gelatin, select a wide variety of bones that include some joints as well as meaty bones.

Making bone broth is fairly straightforward and easy. And if you can turn on your oven, or boil a kettle of water, you can make good bone broth. Of course, there’s a few key tips you’ll want to pay attention to so that your broth comes out perfect every time.

How to Get Started

How to Get a Good Gel

How to Develop Great Flavor

How to Use All That Broth

Traditionally, people sip bone broths on their own or with herbs and a sprinkle of sea salt for flavor. In this way, they’re primarily served as a restorative. However, you can use them just as you would traditional stocks and meat broths, too.

On Your Timing: Chicken bones and other small bones take less time, and large bones like beef bones require a longer simmer.

Taking it to the next level.

If you really want to take your bone broth to the next level, check out these resources.