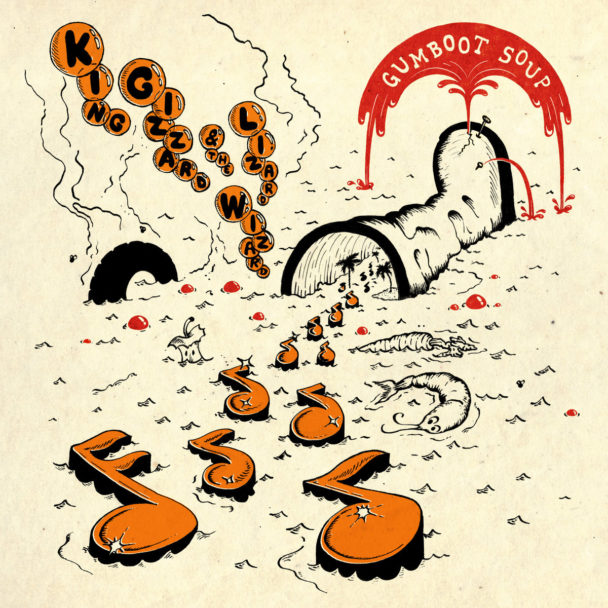 They did it! By unveiling a new LP called Gumboot Soup today, Melbourne psych adventurers King Gizzard & The Lizard Wizard have completed their audacious plan to release five albums in 2017. This fifth and final installment follows February’s Flying Microtonal Banana, June’s Murder Of The Universe, August’s Sketches Of Brunswick East, and November’s Polygondwanaland, and you can hear it below via YouTube or Bandcamp. Enjoy, and may the new year bring even more music from these beautiful freaks.

Gumboot Soup is out now on Flightless. Purchase it here.