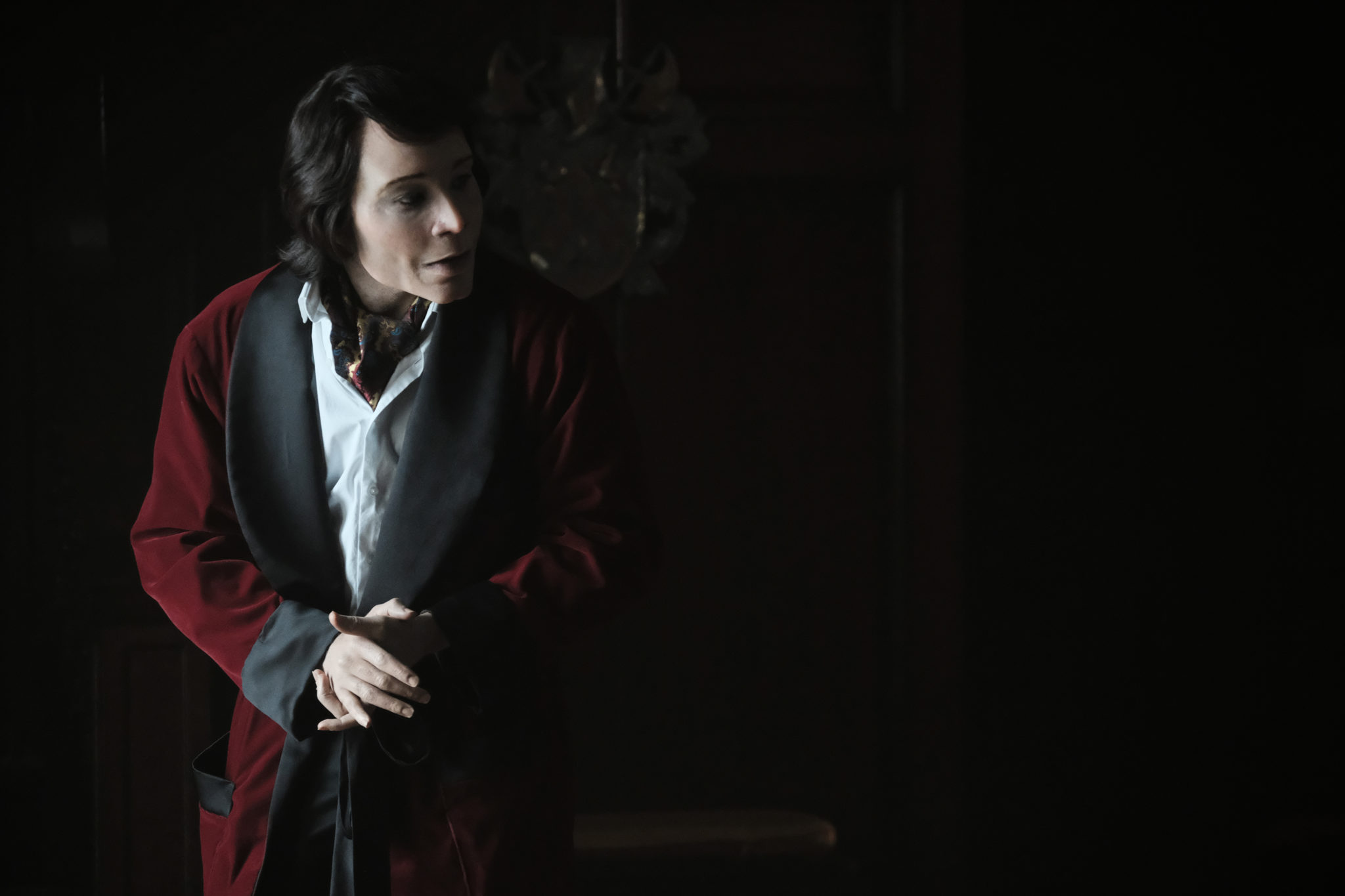 Surprise Appearance At The Emmys of Teddy Perkins From “Altanta”

There were a lot of faces being pulled in the audience at last night’s Emmy Awards ceremony. Most of the cringing and eye rolling caught on camera (Merritt Wever staring into the camera with the dead eyes of a bored teen, Chrissy Teigen ducking out of way) appeared to be in reaction to Colin Jost’s invisible lips and Michael Che’s invisible charm. But one member of the audience looked like he was having the time of his life. In a surprise appearance, the legendary Teddy Perkins somehow managed to leave his palatial home in Atlanta and fly halfway across the country to attend the ceremony! I didn’t even realize he was still alive. I thought he had choked on a globule of ostrich egg.

Of course, Teddy Perkins isn’t a real person. He’s a character played by Donald Glover in an episode of Atlanta titled “Teddy Perkins”. Since Donald was in attendance at the show, many assumed he had slipped backstage and made a quick change for the appearance, but if you’ve seen the episode, you’ll know that it’s no “Cher changing into a different sequins catsuit” type of quick change. As Teddy Perkins, Donald is completely unrecognizable.

No, Teddy Perkins is the result of hours and hours in a makeup chair.

Or did he??? #Emmys pic.twitter.com/RCyQGFfM1x

Additionally, some have noted that Donald is too short to be Emmy Teddy. Here’s Teddy embracing noted tall drink of water, Bill Hader. Pocket rocket Donald would only come up to his shoulder.

TEDDY PERKINS, IS THAT YOU? #Emmys pic.twitter.com/kdav5sfso9

Others speculated it was Atlanta star Lakeith Stanfield, which solves the height discrepancy, but not the mystery of him and Teddy appearing together in the same photo.

That leaves Vulture’s best guess that it might have been Donald’s brother (and writer on Atlanta) Stephen Glover. But maybe it was somebody we never even considered.

My man from Stranger Things is like 24 and the powder got him looking like the real Teddy Perkins, good lord pic.twitter.com/WHuKHTqJsK

Personally, I choose to perpetuate the myth that Teddy Perkins is real and was just there to remind himself that he’s alive and relevant in today’s Hollywood.

The Harper’s Bazaar Icons Party with Nicki Minaj in Alexandre Vauthier, Cardi B in Dolce Gabbana, Lala in Naeem Khan!