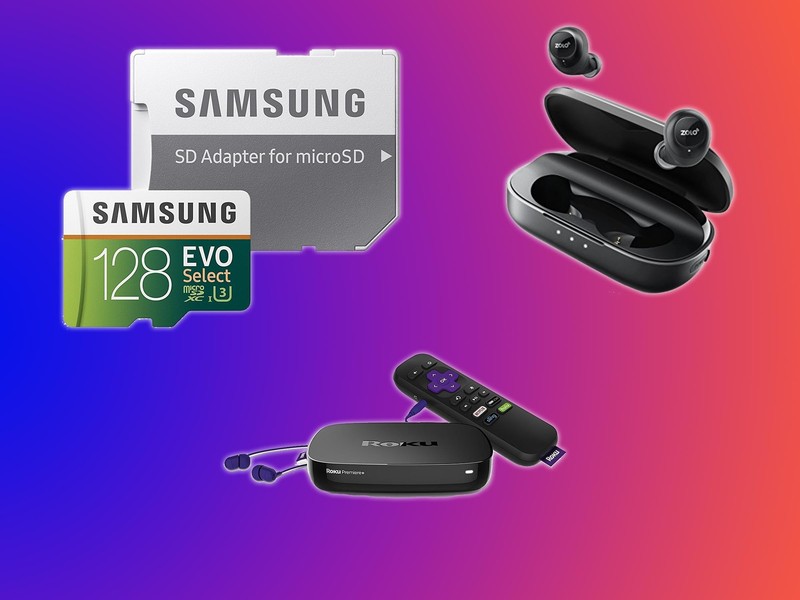 From mobile phones to general tech, home goods and much more, the team at Thrifter is scouring the web every single day to find the best deals. Whether something hits a new all-time low, gets discounted for just a limited time, or has a new coupon code available for it, you won’t want to miss out any of them. If you want to know about the deals as soon as they are happening, you’ll want to follow Thrifter on Twitter, and sign up for the newsletter, because missing out on a great deal stinks!

So, what are the best deals that you should be looking at right now? Well, let’s take a look at them so you can see which ones are best for you!

This deal includes two refurb streaming devices. The Roku Premiere+ above is down $10 off its street price. The Roku 3600R streaming stick is also on sale for $29.99 from a price around $35. This deal is part of Amazon’s Gold Box, which means the prices are temporary.

These are both part of the older Roku lineup, released at least a couple years ago. That shouldn’t really be a big deal though because really what you need a Roku for is the ability to access Roku’s extensive content library. Get everything you stream, from Netflix to YouTube, all in one place. The only difference between the two devices really is what do you want to stream it in – HD or 4K?

Samsung’s EVO Select microSD cards are extremely popular cards, and there’s a good reason for that. This Class 10 UHS 3 card has read speeds of up to 100MB/s and write speeds of up to 90MB/s. It works great for recording video (even 4K), as well as playing mobile games, taking pictures, and more.

The card comes with a full-sized SD card adapter as well so you can put it into devices that accept SD cards instead of microSD cards. This is within a few dollars of this card’s all-time low price, so don’t miss out.

This price is a match for the best deal we’ve ever seen on the Zolo Liberty. The Liberty was already the most affordable member of the Zolo lineup, and $20 off with code LOVEZOLO is a great discount.

You can also get the Liberty+ on sale right now. It is down to $119 with code ZOLOLOVE. That is the inverse of the code above, so don’t get them confused! The Liberty+ normally sells for $150.

For even more great deals, and to see these discounts as they become available, be sure to check out our friends at Thrifter now!