Home Gossip The Cinderella Story: How Megan Markle Looked Before She Became Duchess 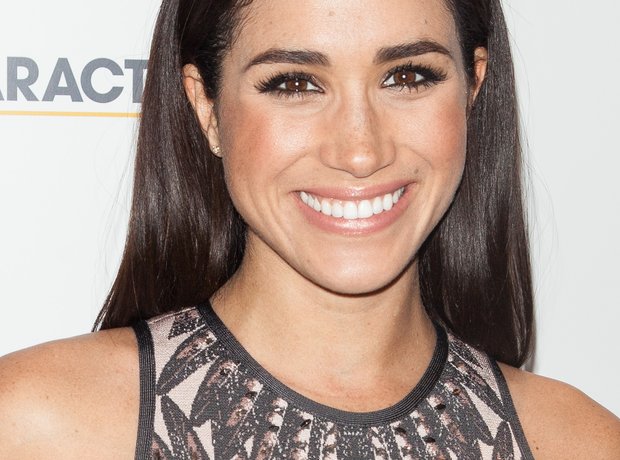 The Cinderella Story: How Megan Markle Looked Before She Became Duchess

In an instant, Megan Markle became the most discussed person in the world. Still would! After all, she became the wife of a member of the royal family – Prince Harry. Her life is similar to the history of modern Cinderella. The girl was born in a simple family, she was fortunate enough to become an actress and a model, for a long time she was married, but before meeting with the prince filed a divorce. The case when the prince marries a divorced actress without a pedigree is not the first in history, but still unique in its own way.

Megan Markle before the wedding

Megan made her film debut at the age of 21, after which she was actively involved in charity and the struggle for women’s rights and gender equality. The girl was accustomed to be in public view, as she actively attended various events and performed throughout the world. For her, the attention of the public was not unexpected, since she was used to it. The girl keeps herself well in front of the cameras and behaves naturally and calmly. How she looked before she became the Duchess of Sussex, see our article. 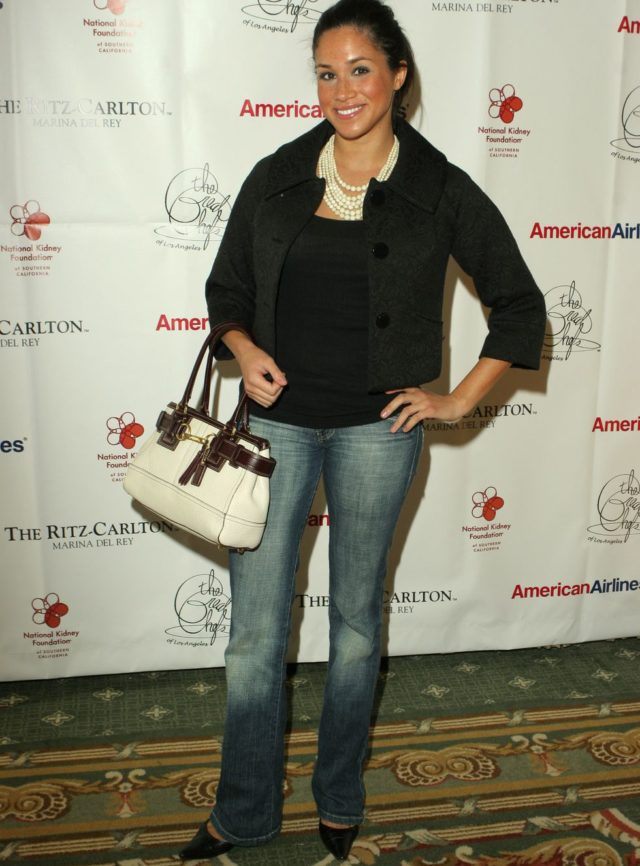 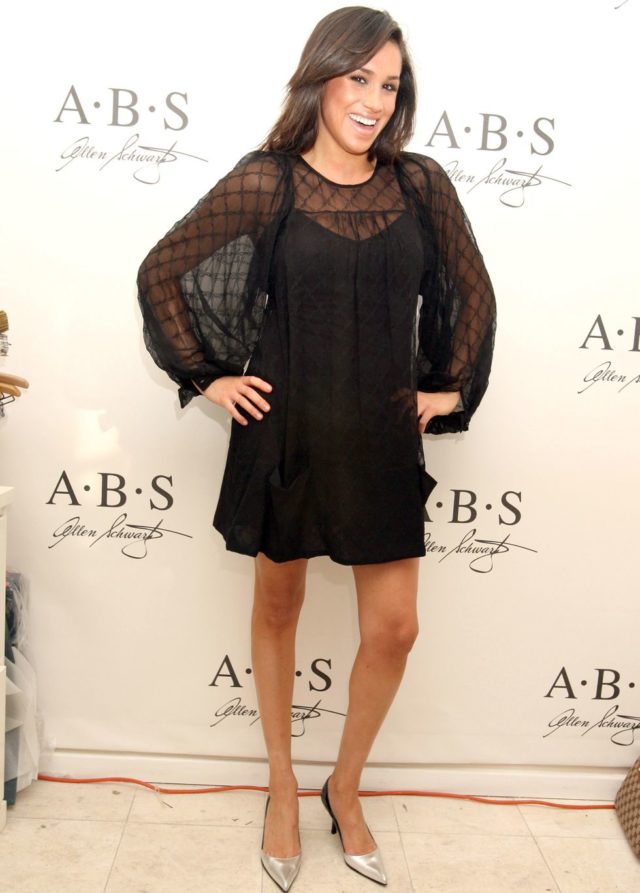 Megan looks very confident in a short dress on the red carpet of the Golden Globe in Los Angeles. 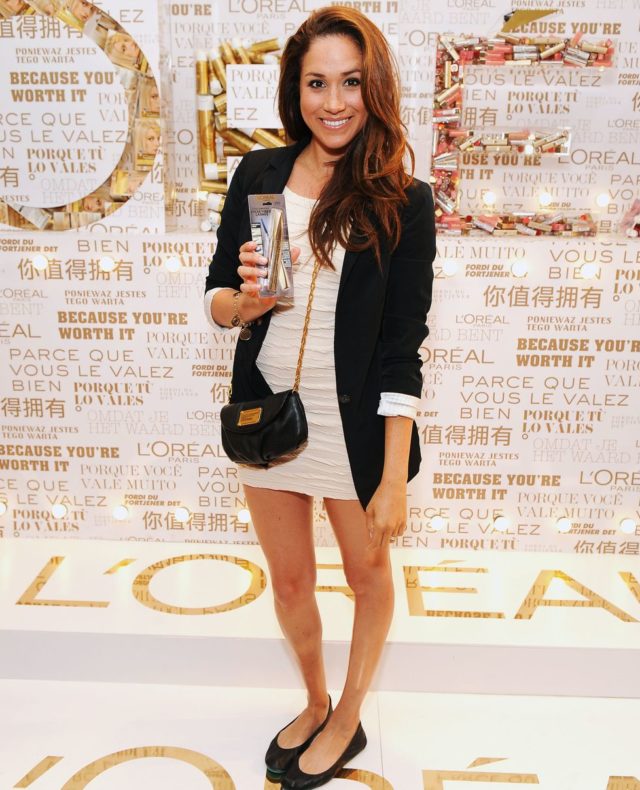 Before becoming a duchess, Megan loved to wear mini-dresses. Now the girl in such a frank outfit will not be seen. 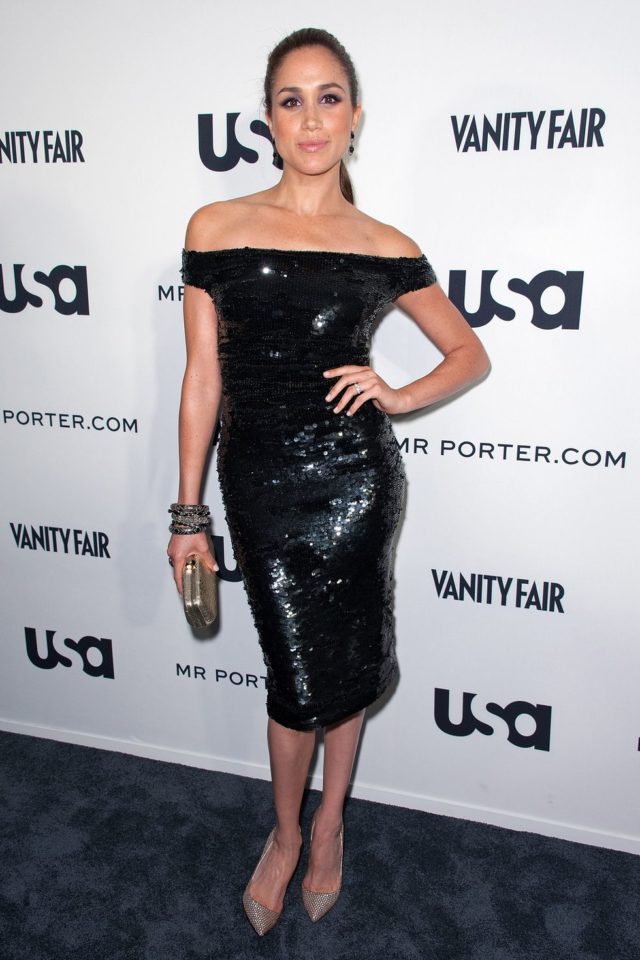 Megan definitely knows how to behave and knows how to stay in public. The girl knows her strengths and uses them well. The skills gained in acting career helped her a lot when she became a member of the royal family. 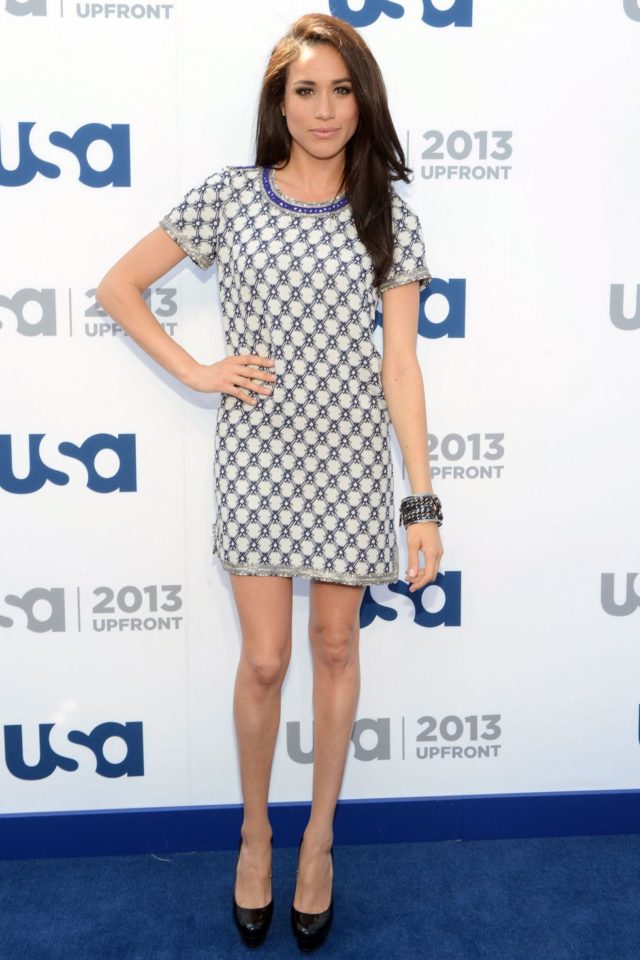 Another mini dress. Then Megan could still wear it. 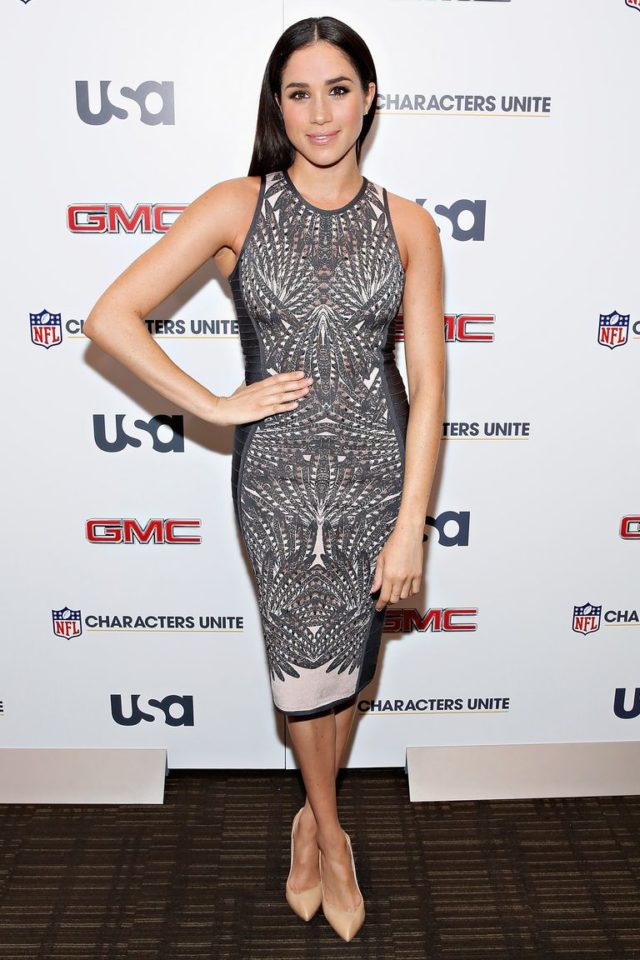 The girl always had a good style. Her dresses are often form-fitting and below the knees. She knows how to hide a modest chest and emphasize a thin camp. 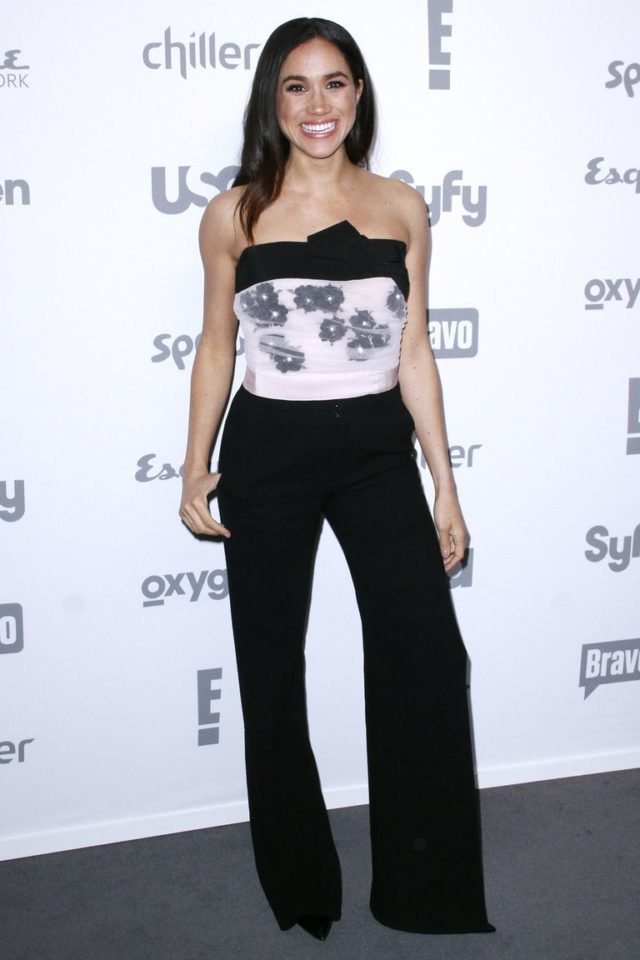 Megan at an event in New York. The girl has nothing to be ashamed of her outfit, except perhaps not a very good photo, where her smile does not look natural. 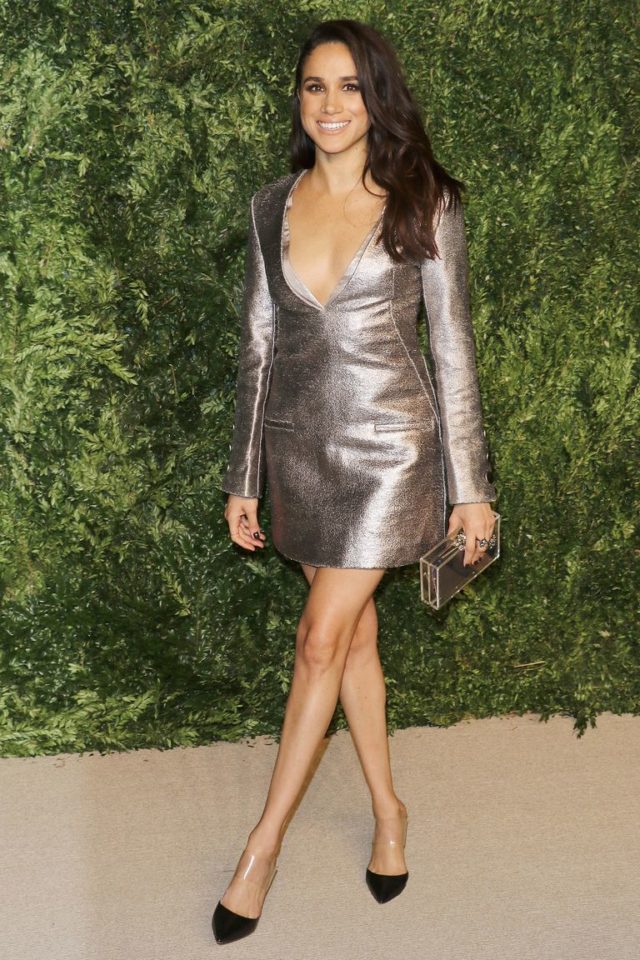 Participation in the CFDA Awards in New York. Here, the Cinderella flaunts a short dress with a deep metallic silver neckline. 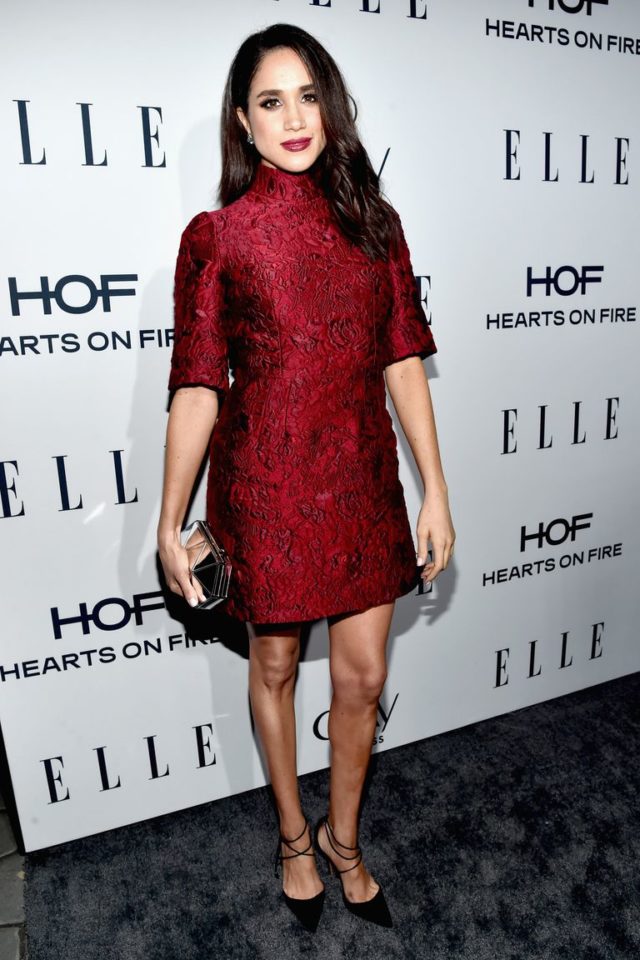 At the annual ELLE Women In Television Dinner at the Sunset Tower Hotel in West Hollywood. Megan here looks like a vamp. She definitely goes this style. It is a pity that the duchess does not have to dress like that. 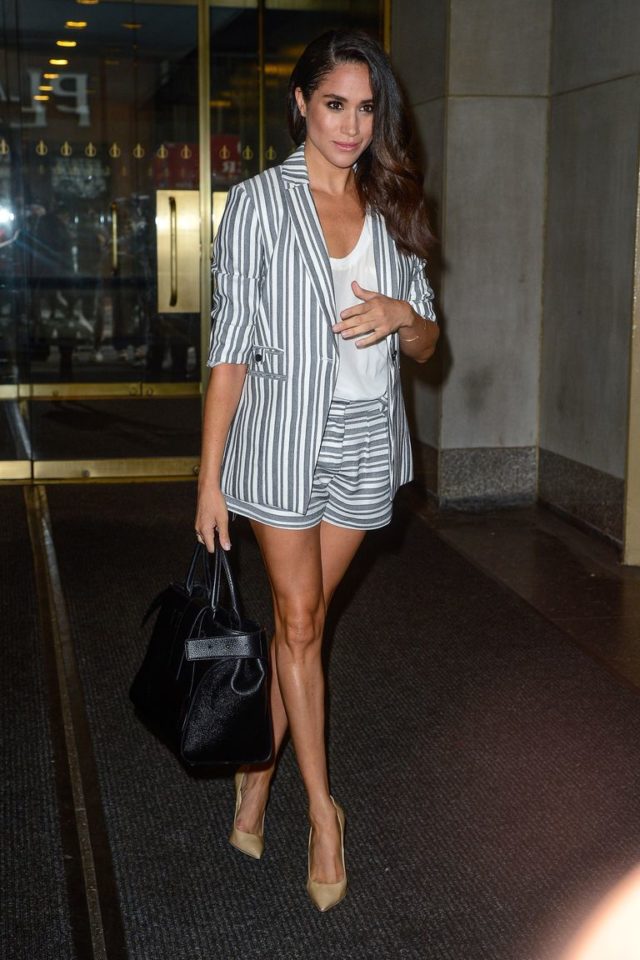 Megan has a sense of style. However, she had to replace the suits with short shorts with more conservative outfits.