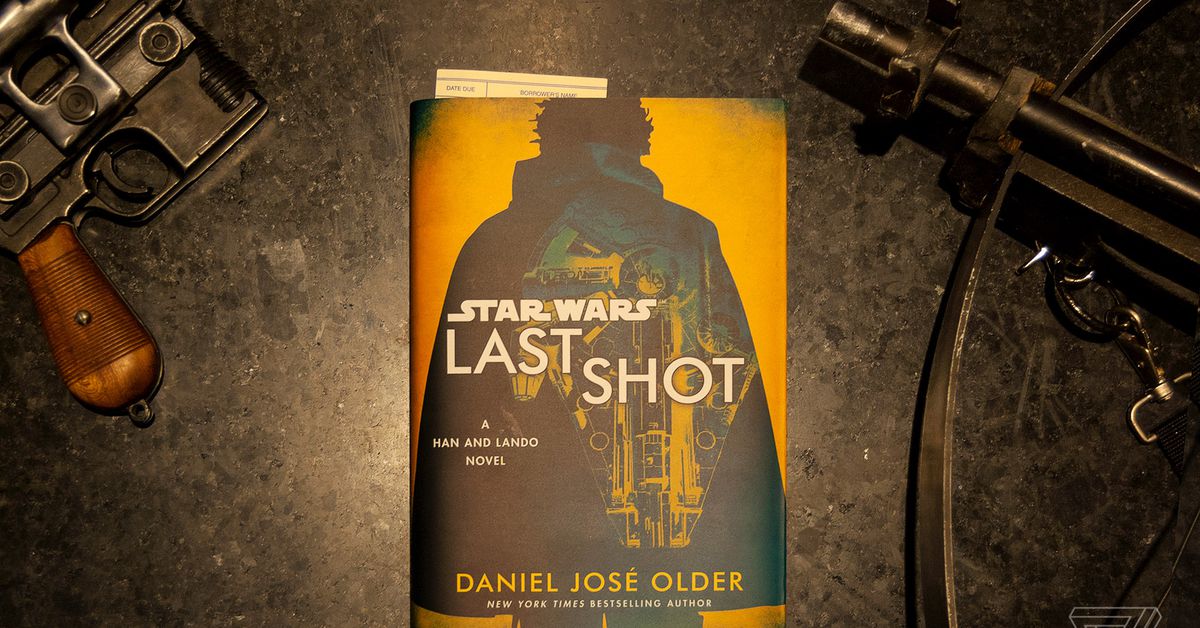 Solo: A Star Wars Story hits theaters in just over a month. The standalone Star Wars film follows in the footsteps of Rogue One: a story that stands apart from the “saga” backbone of the franchise, ie, the story of the Skywalkers and their fight against the forces of evil in the galaxy. But unlike Rogue One, which featured a cast of brand-new characters to the franchise, Solo will focus on one of the franchise’s best-known characters: Han Solo.

As we come closer to the film’s release date, one thing that has stood out about Solo is how unenthused everyone seems to be for it. Unlike The Force Awakens, Rogue One, and The Last Jedi, Solo is a film that, up until recently, I kept forgetting would be the second Star Wars film to hit theaters in under six months. There are a lot of reasons for that: the production woes, a trailer that didn’t drop until just months before the film’s release, but most of all, a general attitude of, “Do we really need to know more about the origin of Han Solo?”

Han Solo’s origins were well-covered in the Expanded Universe novels, but now that they’re no longer canon, Daniel José Older’s new Star Wars book Last Shot has arrived. It takes another look at the youthful days of Han Solo and Lando Calrissian — as well as their more mature years — in two adventures that take place both before and after the upcoming film. It’s a fun, breezy read, with plenty of humor, Ewok hackers, murderous robots, and rousing fight scenes as Han and Lando go from scrape to scrape as they try and track down a long-forgotten enemy. But what makes the book a really unique read is how Older splits this story up among four different timelines, using the technique to juxtapose the lives of the younger, more reckless Han and Lando, and that of the older men that they grow up to be.

Throughout the media of the Expanded Universe, there was always a couple of elements from Han’s life that were generally well-known. He had a rough childhood growing up on the planet Corellia, enlisted with the Empire to become a pilot, got fired from the service for saving Chewbacca from slavery, and finally became a famous smuggler. He’s a fundamentally good person, but one who isn’t interested in the greater fight against good and evil: he just wants to get by and do right by his people.

Where the Star Wars franchise is essentially an epic tale about the fight between good and evil in the galaxy, it’s difficult to reconcile this with the adventures of a lone outsider. Han is a character who doesn’t fit — or want to fit — into the civilized world. He’d rather play by his own rules, but his conscience compels him to do the right thing in the end. We see this time and time again in the films, like when he returns to save Luke Skywalker over the Death Star in A New Hope, stands by his friends against the Empire in The Empire Strikes Back and Return of the Jedi, and reluctantly returns to the Resistance long after he’s gone back to his old habits in The Force Awakens.

Those tendencies have translated into the Extended Universe novels as well, including A.C. Crispin’s Han Solo trilogy, which explores Han’s life prior to his first appearance in A New Hope. We first meet him in The Paradise Snare as a brash 18-year-old who grew up under a harsh local crime boss named Garris Shrike, and escapes to become a pilot for a religious cult on a backwater world named Ylesia. The book codifies some of that earlier backstory: he’s a cocky-yet-earnest character who falls head-over-heels for Bria Tharen, a brainwashed pilgrim, and helps rescue her from her captors. It’s not until the end that we begin to see some of the beginnings of a harder edge forming on him: he kills Shrike in a confrontation, and Bria leaves him, struggling with her brainwashing.

The following novels establish Han’s reputation as a smuggler: he’s booted from the Empire in The Hutt Gambit, and ingratiates himself in the galaxy’s criminal underworld, and we meet other familiar fixtures of his life along the way: characters like Lando Calrissian and Boba Fett, not to mention the Millennium Falcon. But while he’s living outside of the law, he’s still got a good streak in him.

When Bria returns in Rebel Dawn, now a member of the Rebel Alliance, she appeals to his generous side to get him to help save the slaves on Ylesia, only to double cross him, helping to solidify the cynicism we see in him during A New Hope. The entire trilogy is a transformational exercise: turning a good person into the criminal we meet in the films, who is fundamentally interested in his own well-being, but who never quite abandons that good person underneath.

This is what makes Older’s novel so interesting, because it explicitly plays with the two directions that Han (and to some extent, Lando) is pulled in. Star Wars novels have traditionally been resistant to books that play with form, but Older splays out his narrative across a number of timelines: the main thrust of the story is set two years after the Battle of Endor, and bounces between Han and Lando’s stories from a decade prior (bracketing Solo), as they hunt after and acquire a mysterious package from a villain named Fryzen Gor, whose own origins play out twenty years before the main story.

The Han of the post-Galactic Civil War world is lost: he’s married, has a kid, and is a visible part of the New Republic. He constantly yearns to escape from his home life, even as he wants to be a devoted father and husband. When Lando shows up with a problem, he jumps at the chance to help him — even after Lando greets him with a punch to the face. This is contrasted with the earlier timelines, in which we see a younger, freer Han making his way as a smuggler and captain of a starship. The book shows how brash and willing he and Lando were were to take risks as kids.

All of these novels are ultimately different takes on who Han Solo and his associates are: they’re confident, generally decent characters who have trouble fitting into the larger galactic civilization. He exists on the edge, where there are few rules and no map for where he needs to be. Despite some of their flaws, Crispin’s novels show off a solid transition between the Han Solo we met, and the person who grew into him, while Older’s novel takes the Han Solo well on his way to the tired man we saw in The Force Awakens, and the younger, enthusiastic one that we’ll meet next month in Solo.