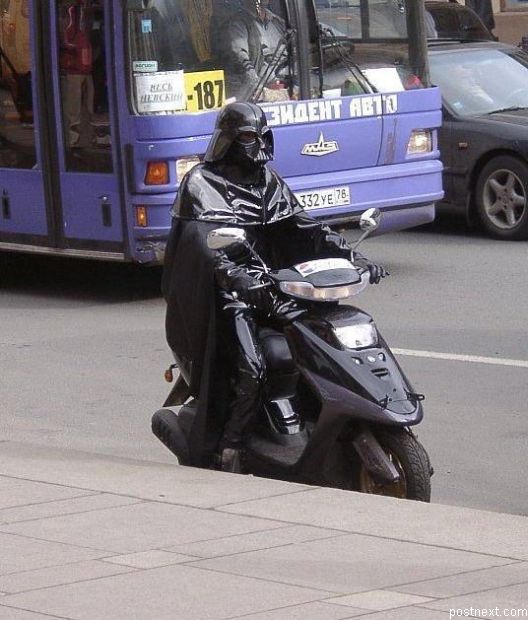 The Scooter Wars will be a bloodbath — and Uber will win

This is a contributed post by Sunil Paul, who was co-founder of Sidecar.

Who is going to win the Scooter Wars? Startups like Bird, Lime and Spin have invaded dozens of U.S. cities with their tech-savvy scooter fleets in the last few months. Investors are pouring hundreds of millions into the scooter companies with the hope that the best-capitalized scooter company will win. But as the prior Rideshare Wars demonstrated, money alone is not enough.

For all the attention and money that Bird, Lime and Spin have raised, they are not going to win the Scooter Wars. The Uber of scooters is going to be Uber. Despite not having a single scooter, it is already a dominant incumbent with significant built-in advantages.

I was co-founder and CEO of Sidecar, one of the pioneers of ride-sharing. The early days of ride-sharing looked a lot like the Scooter Wars. We had a new innovation that captured the imagination of consumers and caught regulators by surprise. As a result, our customer acquisition costs were low, retention was great and driver recruiting was relatively easy.

For all the attention and money that Bird, Lime and Spin have raised, they are not going to win the Scooter Wars. The Uber of scooters is going to be Uber.

As a pioneer in the space, Sidecar had the first-mover advantage, but Uber ended up being the dominant player in the category by using what are now euphemistically called “aggressive” tactics. It wasn’t its unlimited capital, although that certainly helped. It was able to leverage its existing dominance of riders using its app for black cars to dominate in ride-sharing. We put up a good fight, but ultimately ended up selling Sidecar’s assets to General Motors in 2016.

To understand why Uber will dominate the scooter sector, it is important to understand the nature of two-sided markets.

Like other marketplaces — think Airbnb and Amazon — Uber brings together supply and demand. Demand comes from consumers wanting to go from A to B. Supply comes from drivers giving rides in their own cars. If you have a lot of demand, it’s relatively easy to build out new supply.

So when Uber bought Jump, the bike-sharing startup, it signaled the beginning of the end of Bird and Spin. Why? Because Uber already won the ride-sharing wars and now has a dominant source of demand for mobility solutions. When you combine this advantage with the lessons Uber learned from its first fight, the only hope for the scooter companies is an anti-Uber backlash — or to be bought by Uber. That is why Uber’s deal with Lime — the ride-hail giant is investing in Lime in a new $335 million round that values the electric scooter company at $1.1 billion — is so important. It is likely the first step toward an eventual acquisition.

Defenders of valuations for the scooter companies point to the differences from ride-sharing. While it is true that scooter sharing has different supply logistics and better economics than ride-sharing, the problem with the argument is that the two actually have more similarities than differences.

To be successful, scooter services must position scooters when and where there is demand from consumers. They engage scores of “chargers” — people who pick up, charge and redeploy scooters. Sure, this is different from finding drivers with clean, late-model cars. The similarities, though, are even greater:

Scooter chargers are easier to find, because they don’t need licenses, clean cars, or to pass background checks. That means it will be easier for Uber to enter the category. And the complex question of figuring out when and where to deploy scooters is likely the same as when and where to deploy drivers — and this is where Uber has a significant advantage.

So there is no meaningful moat, or barrier to entry, resulting from the logistics of scooters. Ride-sharing companies already recruit hundreds of drivers each week, and it is easy to imagine a small number being able to also be scooter chargers. With Uber’s acquisition of Jump and Lyft’s acquisition of Motivate, the biggest bike-sharing network in the U.S., they already have teams that understand the challenges of bike sharing, which is even more similar to scooter sharing.

The ride-sharing companies already have the most relevant eyeballs — the most users of their app looking for a ride — and they have the logistics expertise to get supply to the right spot.

What about economics? Leaked information from Bird and Lime indicates very low customer-acquisition cost, utilization rates of 10 to 12 rides a day and payback times for the scooters of just a few months, according to industry sources. Attractive economics, however, are not a good barrier to entry. If anything, they attract competition.

Even scarier for a scooter investor is the risk that Uber and Lyft, with their expensive customer acquisition, would use scooters as a way to acquire customers for their more lucrative ride-sharing businesses. It might even make economic sense for the ride-sharing companies to give away scooter rides for free just to get more consumers using their apps. If a scooter rider is using Uber or Lyft to find scooters, what happens when it is raining, or the rider is running late? They are likely to pay up for a car ride instead of saving money with a soggy, late, scooter ride.

So look for the ride-sharing companies to test free or subscription-based scooter rides as a way to cut their own customer-acquisition costs. If it works, the scooter companies are toast. Their economics will suddenly be upside down, as consumers realize a nearby scooter is available through a ride-sharing app for free or very low cost. While scooter rides might be a bit peripheral to ride-sharing, customer-acquisition cost is not.

The Scooter Wars will be a bloodbath. Fundamentally, that’s because the ride-sharing companies already have the most relevant eyeballs — the most users of their app looking for a ride — and because they have the logistics expertise to get supply to the right spot.

It is a replay of tech oligopolies extending their power to squash innovative startups. I wish it weren’t so, but that is the way I see it playing out.

Sunil Paul is an entrepreneur, inventor and investor in technology companies. He was co-founder and CEO of transportation pioneer Sidecar, the inventor of modern ride-sharing, which sold its assets to General Motors in 2016. Paul’s passion to reinvent transportation dates back more than a decade. In 2009, he sponsored the first law to enable peer-to-peer car sharing, and helped incubate Getaround, an early player in the category. He is an internet pioneer who, after being AOL’s first internet product manager, started early internet companies FreeLoader and the anti-spam company Brightmail. Reach him at @SunilPaul.

We welcome your ideas at voices@recode.net.

READ ALSO Pay day or defeat? Travis Kalanick to sell a chunk of his Uber stock