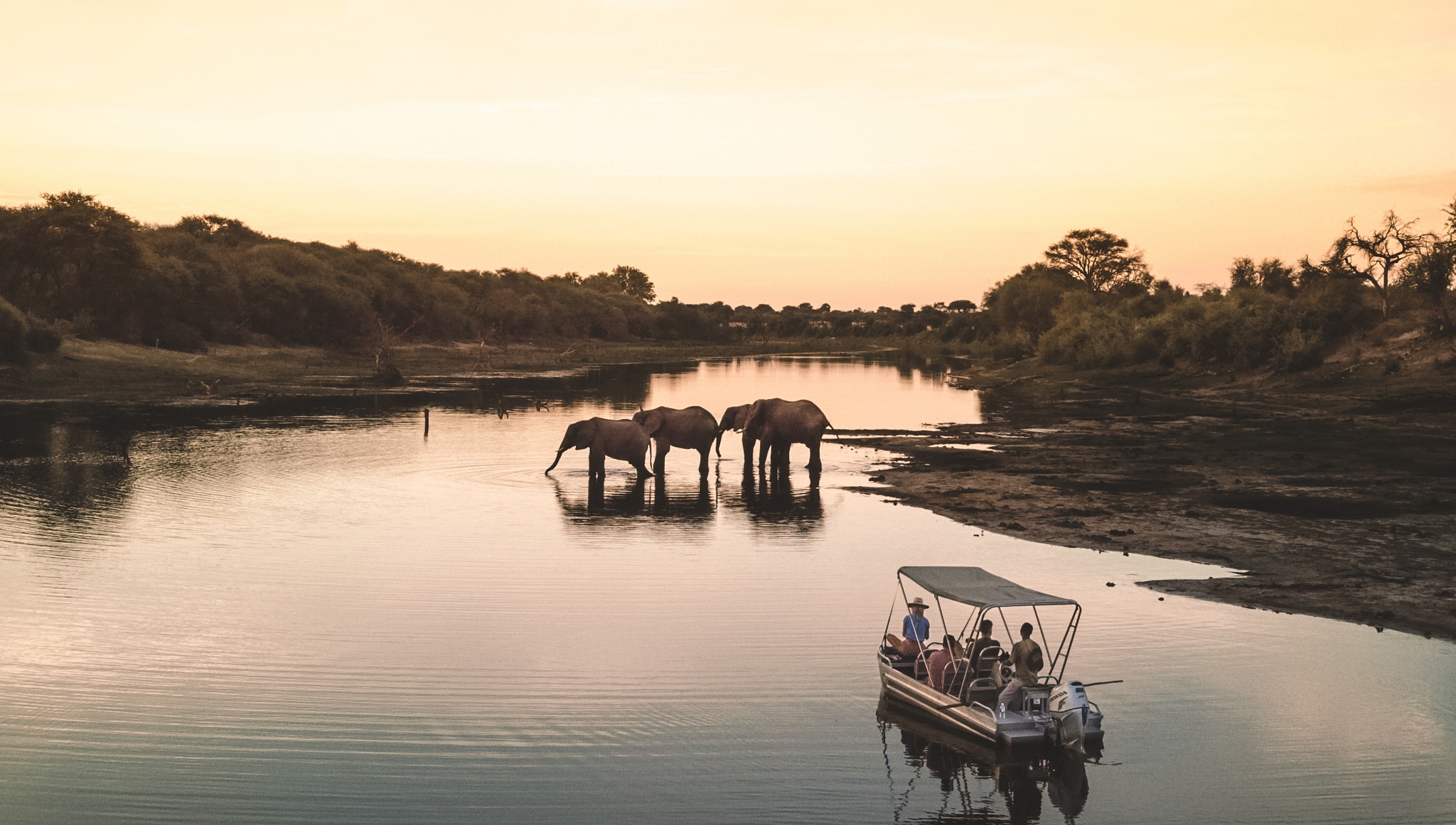 The Top Safari Destinations in Africa / The Blonde Abroad

Since moving to Cape Town, I have been on a mission to see the best of the African bush. From South Africa to Kenya and beyond, I’ve had an incredible time seeing some of this continent’s most beautiful places.

With stunning landscapes and captivating wildlife, there are only a handful of experiences that are on par with an African safari. While I still haven’t pinpointed my favorite destination on the continent, I have narrowed it down to a few splendid spots in Africa. Choosing where to go on safari can be challenging! So, I’ve broken down which countries and regions are best for safari, when to visit, and which lodges I loved to help you plan your dream trip.

Here is my Guide to The Top Safari Destinations in Africa! 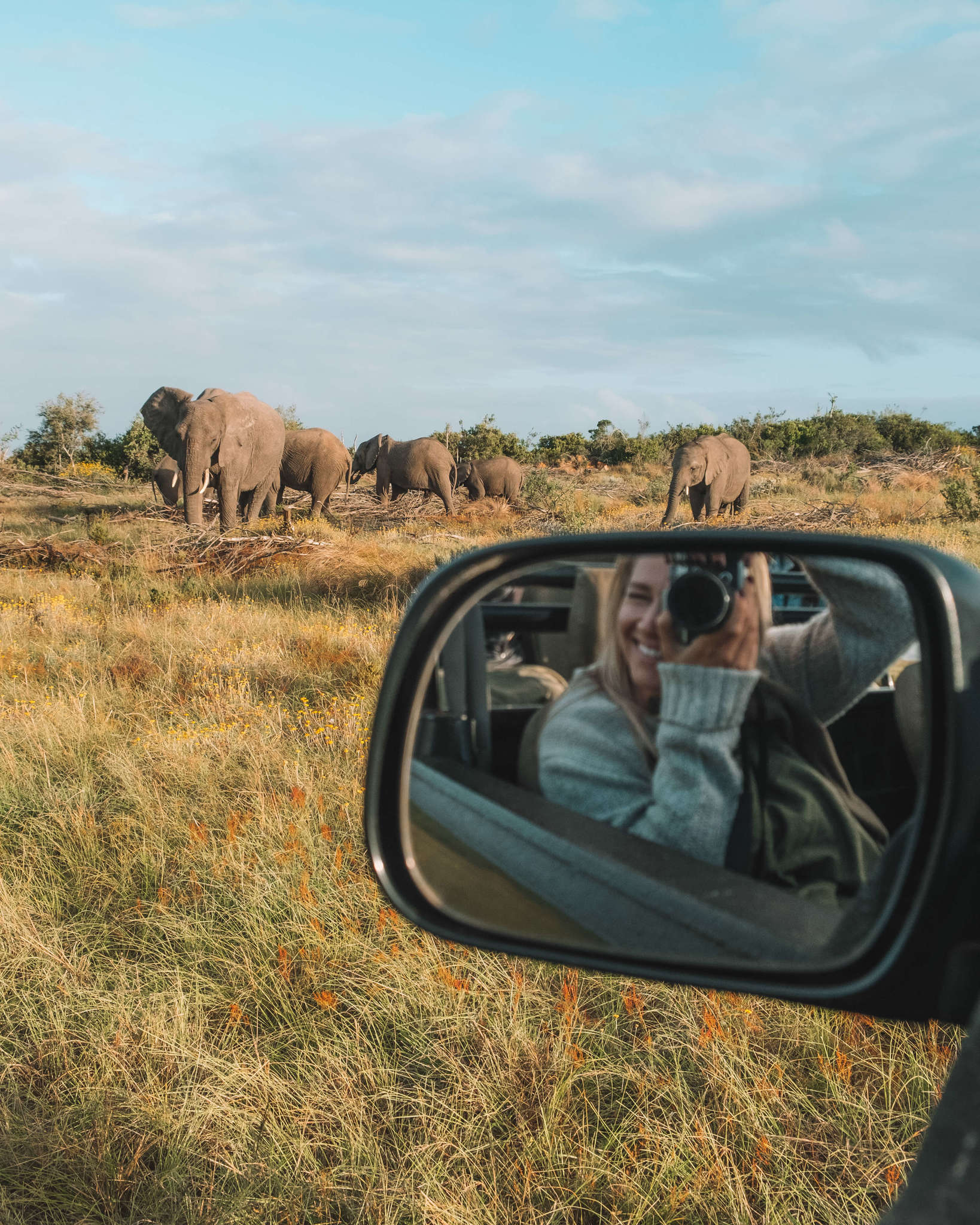 Best Time Of Year For Safari: May to September (Winter)

My newly adopted home country is one of my favorite places on the planet. While Cape Town has some impressive sights, there’s nothing quite like getting out into the South-African bush.

One of my favorite spots is the Lion Sands Ivory Lodge and Treehouses. They have a treehouse under the stars you have to see to believe!

Best Time Of Year For Safari: It depends on what you want to see!

With 300 days of sunshine a year, Botswana is the ideal place to take in the great outdoors. Various animals are active at different times of the year in certain areas, so it’s a versatile option that never disappoints.

I fell in love with Botswana at Jack’s Camp, where I had the chance to meet a Khoisan tribe and get up close and personal with a local meerkat family!

I also had an unforgettable experience at the remote Sable Alley. Located in one of the most diverse habitats in Botswana, Khwai Private Reserve, you can literally just lie in your tent here or chill poolside as you watch some of the most dramatic wildlife scenes you can imagine just passing by. 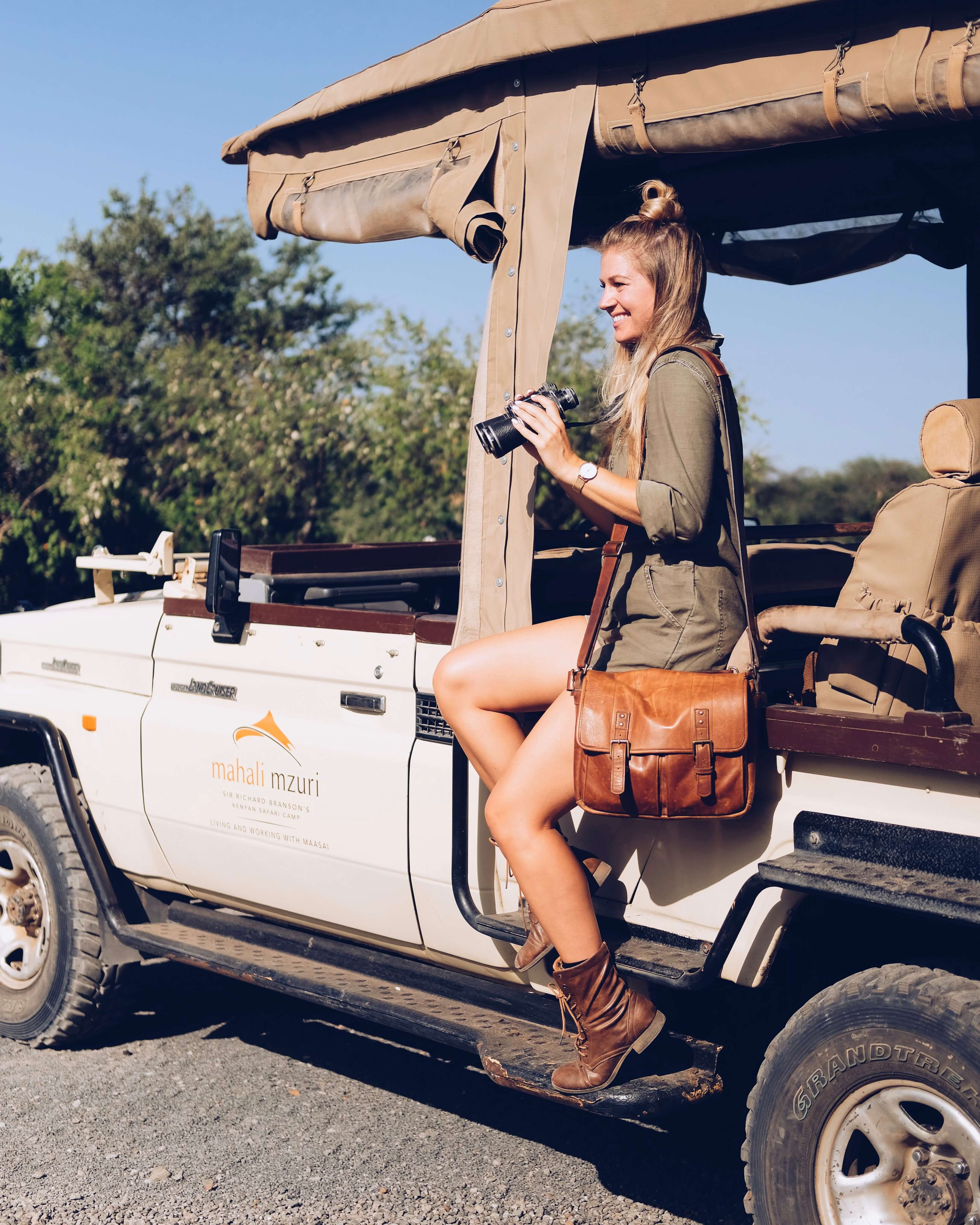 Best Time Of Year For Safari: Late June to October

I had an extraordinary time staying in the Maasai Mara. While there, I checked out Sir Richard Branson’s private camp, Mahali Mzuri, and it is just as exclusive and enchanting as you would expect.

Full of old-world charms, the Cottar’s 1920s Safari Camp in Kenya was another luxury Masai Mara Serengeti retreat that I fell for. It has the glamorous feel of a classic African safari that I adore!

Of course, I can’t talk about Kenya without mentioning the Safari Collection’s Giraffe Manor! While it wasn’t a safari, it was one of the most other-worldly experiences I’ve had in Africa. It’s also just outside of Nairobi, so it’s a great 1-2 night stay if you’re flying in. 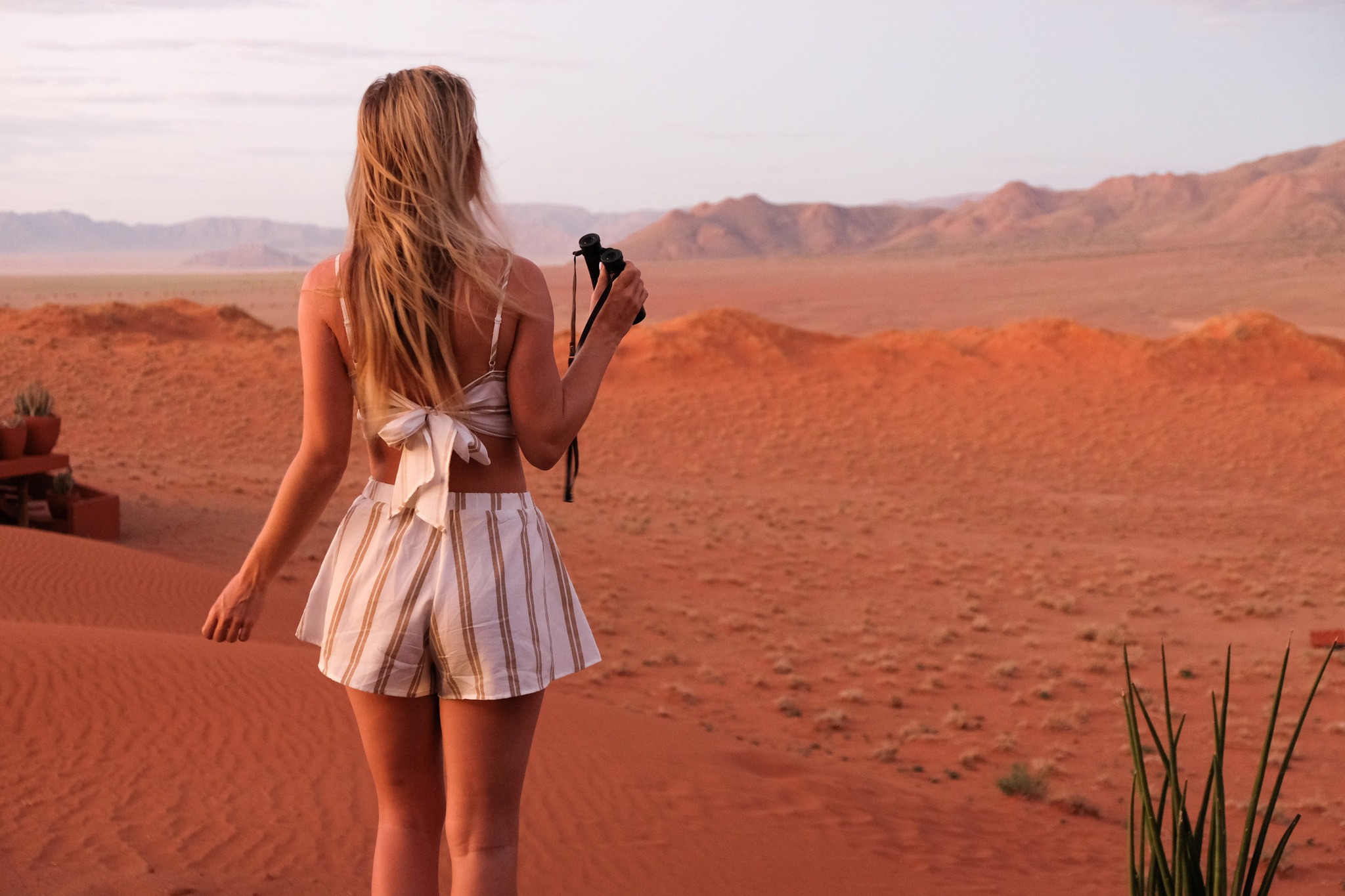 Best Time Of Year For Safari: June to August

I had the chance to check out both the Wolwedans Dune Lodge and Wolwedans Boulders Camp in Namibia, and it was unlike any other trip I’ve been on in Africa. In fact, with its vast open deserts, Namibia has a mystical feel that differentiates it from every other place else I’ve been to.

I took a road trip through Namibia and have been dreaming about going back ever since. Since hearing about the Hoanib Skeleton Coast Camp, it’s been on my bucket list! 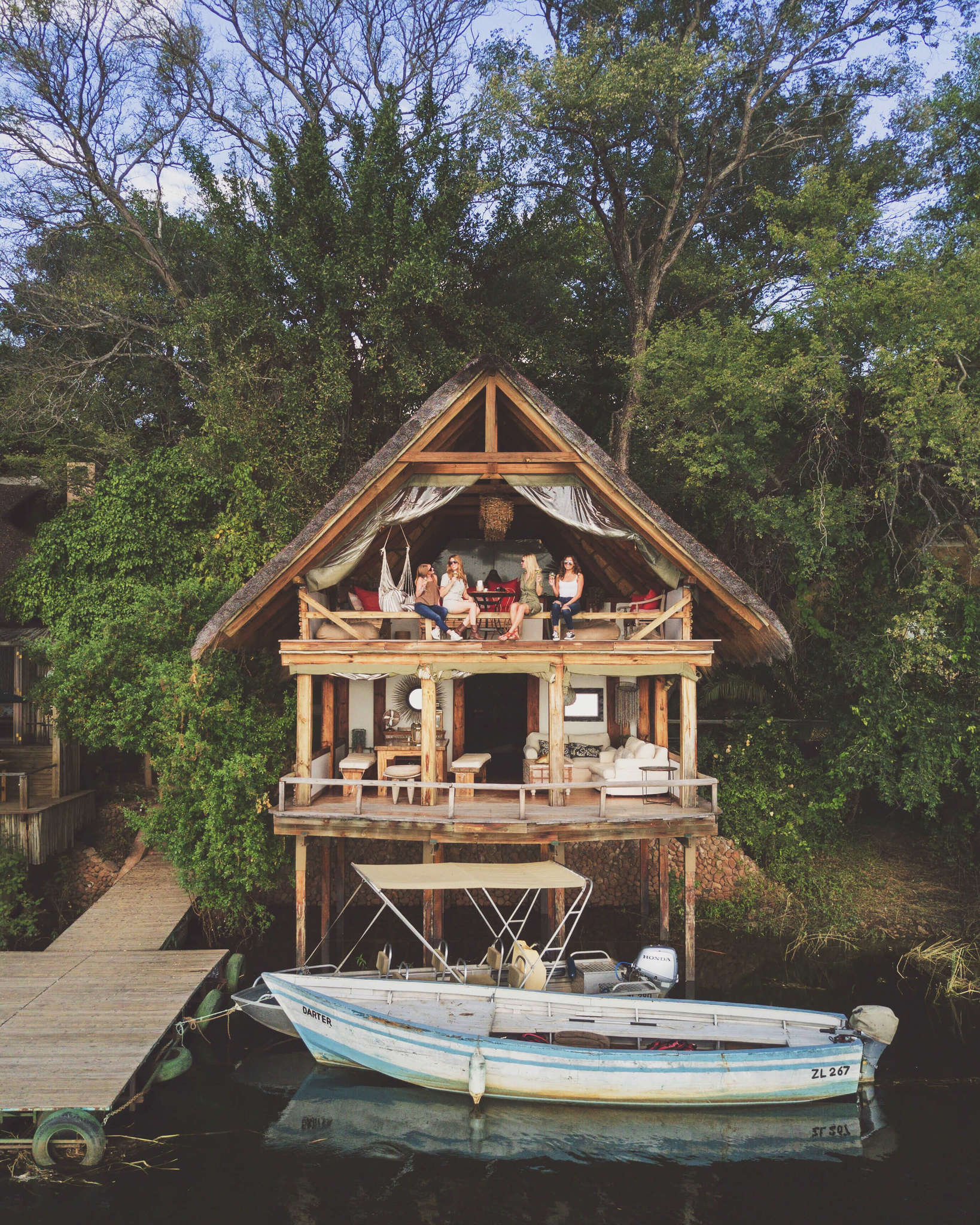 Best Time Of Year For Safari: May to October

It was Victoria Falls that inspired me to go to Zambia, an impossibly beautiful country that impressed me from beginning to end. I stayed in the Tongabezi Lodge, and it’s easily one of my favorite properties worldwide! If you’re interested in experiencing safari by river, this is the place to go!

The lodge was perfect, and Victoria Falls is one of those places you just have to see to understand how impressive it is. Tongabezi Lodge offers game drives, bush walks and boating trips, so it really is an action-packed stay. 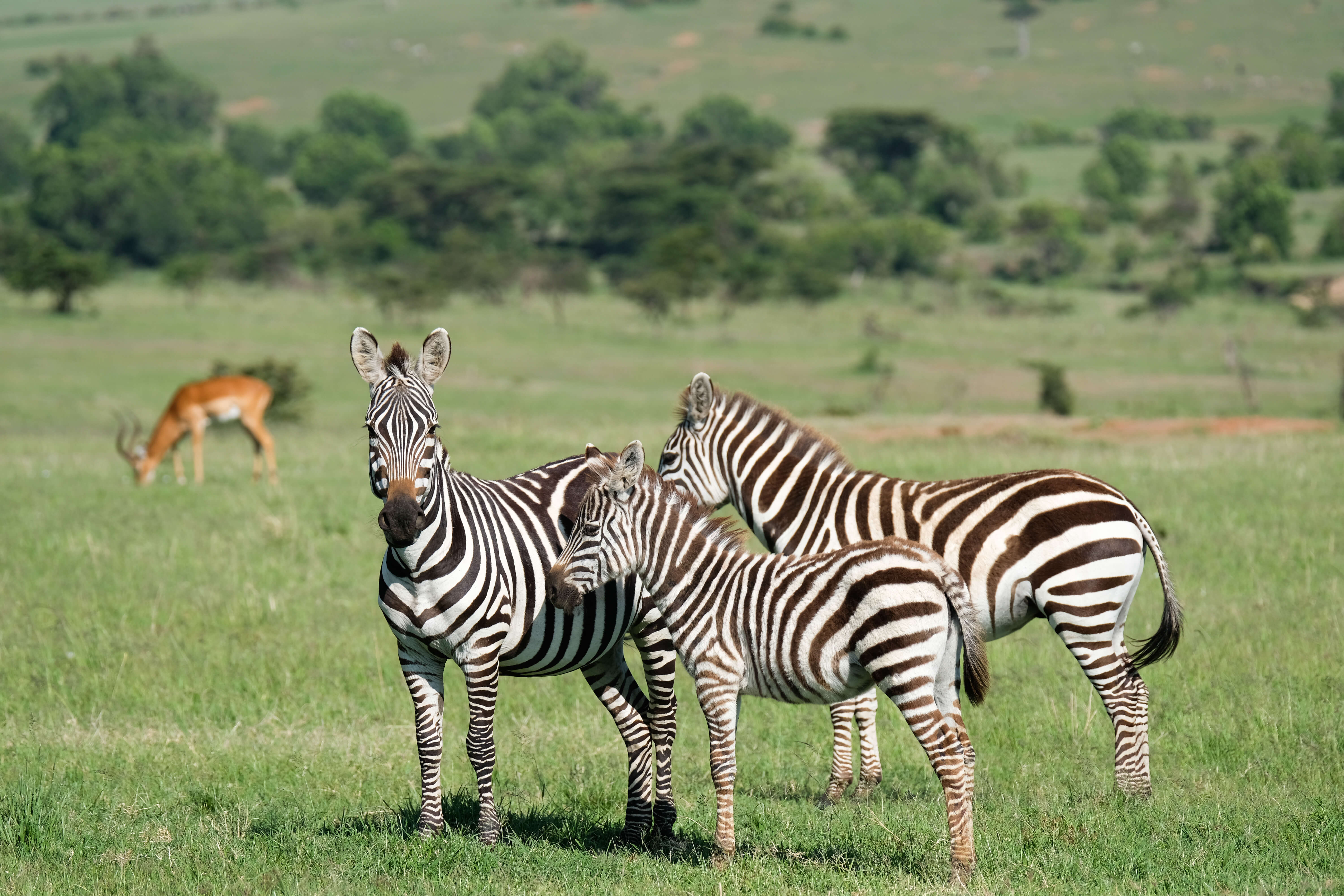 Tanzania is home to the famous wildebeest migration and is a great place for spotting the big five on safari. The Ngorongoro Crater alone holds over 30,000 animals.

The Tarangire National Parks are great for spotting elephants and counting all the different bird species. Safari regions in Tanzania are full of lush wildlife and endless opportunities for epic animal sightings!

Read Next: What to Pack for an African Safari

The Beginner’s Guide to Photographing an African Safari

Staying at Sable Alley in Botswana

Staying at Jack’s Camp in Botswana

Staying at Meno a Kwena in Botswana

Staying at Mahali Mzuri in Kenya

Staying at Spitzkoppen Lodge in Namibia

The Beginner’s Guide to Photographing an African Safari

Staying at L’Ma Lodge in Morocco

The post The Top Safari Destinations in Africa appeared first on The Blonde Abroad.