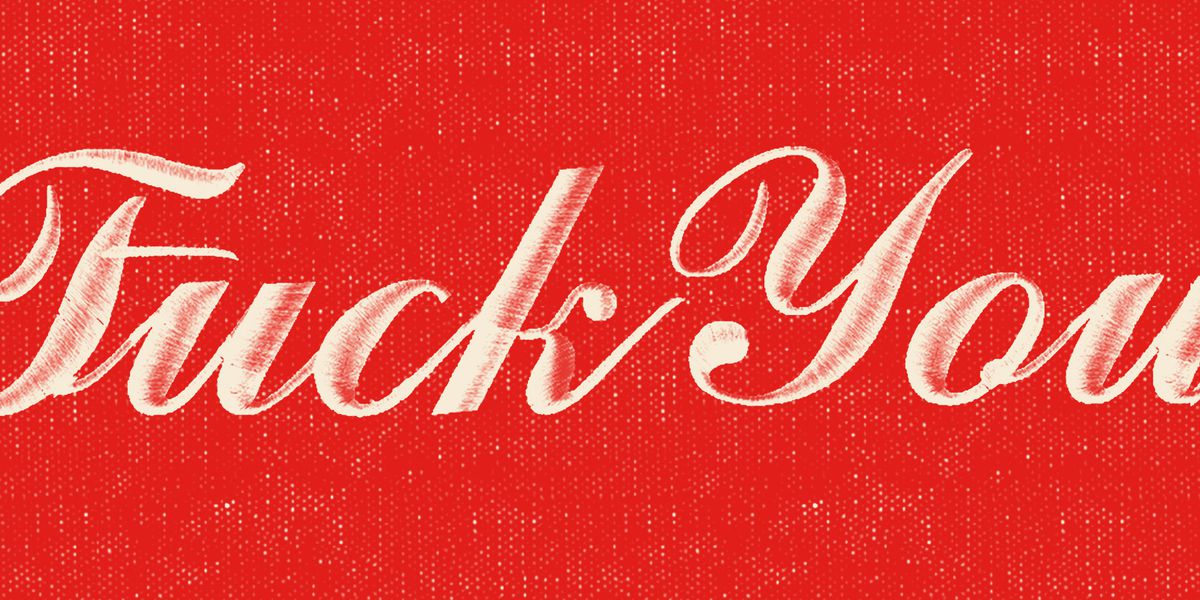 There’s a Swearing Double Standard—and Women Can Change It

Something’s snapped. After the 2016 presidential election, women nationwide wanted to make a scene. We flooded streets in protest. We filled out ballots. Whispers gave way to battle cries. We didn’t do it for “attention”; we did it for progress. In “Fired Up,” ELLE.com explores women’s rage—and what comes next.

Swearing is powerful. It’s an effective painkiller. It can be used to share our greatest excitements (“Fuck yeah!”) as well as our disappointments (“Oh, shit…”) Profanity commands attention, and in some contexts, even earns a degree of respect. For example, research shows that swearing is seen as a sign of sincerity, honesty, and commitment. But—and it’s a big but—that only works for sure if you’re a man. If you’re a woman? Swearing is the weapon that just might backfire. Take Victoria Fierce, sentenced to twelve hours in “Twitter jail” for telling Vice President Mike Pence to “fuck off” after the rollback of protections for trans students. Or Rose McGowan, who was suspended after using the same expression of fury towards Ben Affleck. And yet look at the mentions of almost any high-profile woman and you’ll see plenty of gendered slurs that don’t seem to land their (male) writers in any kind of trouble.

This gendered divide in how swearing is perceived was observed in a 2001 study by Dr Robert O’Neill of Louisiana State University. 377 people were asked to rate examples of swearing for offensiveness. Show someone a written “transcript” of a conversation that includes some swearing and, if they’re told that the swearer is a woman, they rate her as weak and repellent. Male swearers on the other hand are considered more dynamic, and just as attractive as if they hadn’t sworn at all. It doesn’t matter if you ask men or women; we’ve all been schooled to believe that male swearing is the norm, while a woman swearing is some kind of fuck-up. It just isn’t “ladylike” to swear.

If you’re a woman? Swearing is the weapon that just might backfire.

This idea is comparatively recent, compared to the history of human language, but it’s still been around for a while. In 1673, chaplain Richard Allestree published The Ladies’ Calling—a powerfully misogynistic tract that popularized the myth of the tattling, prattling woman—and confidently concluded that “no noise on this side of Hell can be more amazingly odious” than a woman swearing.

When I was doing the research for my book Swearing Is Good for You, a scientific look at the power of profanity, I definitely ran into this double standard. A woman scientist studying swearing? I still get asked if I’m offended by the subject I chose to spend my days immersed in. I’m not offended—I’m fucking outraged that these conflicting ideas, invented by men like Allestree over 400 years ago, still poison the way we speak. And I think that to fight it, women need to insist on our right to strong words, strong ideas, and strong feelings.

You might wonder why it even matters. Isn’t swearing just a sign of a stunted intelligence, an emaciated vocabulary? Can’t women just take some mythical high road, and express ourselves even more effectively without swearing? Well, actually, there are a bunch of reasons why that just won’t work—and isn’t at all fair.

Firstly, we know that swearing is nothing like the rest of our language. It has an impact on our brains and bodies that no other words have. Swearing helps kill pain—if you swear while you’re plunging your hand in ice water, you can keep it there about half as long again as you could if you weren’t swearing. But replace that profanity with “fudge” or “sugar,” and the painkilling effect vanishes. You don’t get that resilience with a pretty word.

Swearing Is Good for You is out now.Courtesy

What’s more, swearing has roots that go wide and deep in our brains in a way that no other language does. Even after a stroke that knocks out practically every structure that enables us to use language, swearing often prevails. It’s the language that comes when other words fail us, and it’s the language that is most likely to last beyond the cognitive ravages of age. As a result, swearing has a rhetorical impact that no other words have. When I swear, I’m talking straight to your emotions. And yet women are still disproportionately encouraged to straitlace our vocabulary for fear of causing offence.

Contrary to popular opinion, swearing also actually isn’t the last resort of a stunted mind. Studies show that people with the widest vocabularies are also the ones who are more likely to deploy swearing skillfully and effectively. Swearing is the chisel in the rhetorical toolkit—it can be wielded to stunningly precise effect. For example, Professor Janet Holmes of the University of Wellington, New Zealand, once generously spent time explaining to me the difference between “not fucking likely” as opposed to “not FUCKING likely” (the first is an exasperated refusal; the second is more of a demoralized acceptance) in the way that only a professor of linguistics can.

Swearing is a communicative tool, and we owe it to ourselves to use it. And that’s partially because double standards about female swearing will only change if we challenge them. The emotional effect of swearing isn’t innate—we learn what is and is not acceptable as we grow up by the reaction of those around us. Toxic attitudes to women’s swearing—and to women’s anger—will never change while “niceness” is the norm.

When I was researching the book, I came across a few individuals who assured me that swearing is a blight on society. I noticed that every single one of those people had the privilege of assuming that they would be listened to without ever having to raise their voices. It’s easy to ask for respectful discourse when you automatically expect respect. Asking others not to voice their fury in the name of civility is just another way, conscious or not, of keeping the playing field tilted in your favor.

Women’s swearing, like women’s anger, seems to terrify and perplex. That’s why there are papers with titles like “Why Do Women Swear?” but no one has ever put together a scientific study to understand why men do. We can use that to our advantage—reclaim swearing, like we’ve reclaimed “nasty woman.” That might not feel easy; even when we’re incensed by an injustice, apoplectic about an abuse, it can still feel uncomfortable to swear, because swearing demands attention. Swearing says: My experience and my feelings matter and you will hear me. The world isn’t used to us expressing our fury in no uncertain terms. We’re not used to it.