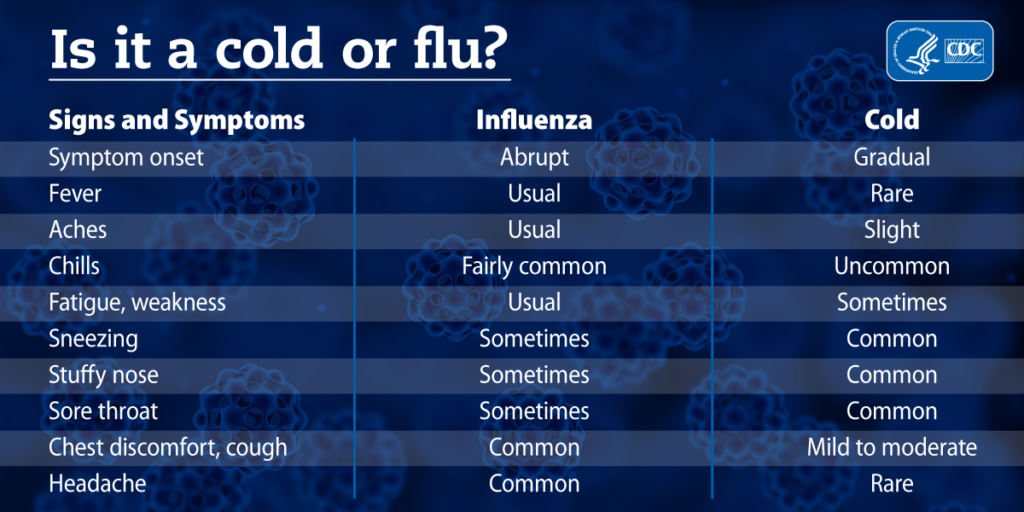 If you aren’t sick with the flu, you probably know someone who is. This year’s flu season is shaping up to be the worst since the 2009 swine flu pandemic and flu-related hospitalisations are at the highest in nearly a decade, according to the CDC.

But how are we supposed to truly know if we have the flu and not just some common cold?

Well, apart from going to the doctor and getting an official diagnosis, there’s a pretty handy “flu algorithm” floating around Twitter that offers some ‘expert’ advice.

So pretty much: If you have the flu, you’ll know it.

The influenza virus and the common cold are both respiratory illnesses, although they are caused by different viruses.

And while it’s true they have similar symptoms, in general cold symptoms are usually much milder than flu symptoms.

For example, if you have a cold, you probably have a runny or stuffy nose and a slight headache. Whereas, if you have this year’s flu, you’ve probably lost the will to live.

All jokes aside, some of the symptoms that come along with the flu are so dangerous they can cause serious health complications and even death. Over 50 kids have died this season so far.

Before a treatment plan can be set up, a diagnosis has to occur.

Still, telling the difference between a cold and a flu is difficult (and sometimes just plain impossible) based on symptoms alone. Nevertheless, a table from the CDC provides a more scientific way of distinguishing between the two:

So that’s great and all, but how can people avoid getting the flu in the first place?

According to the CDC and just about every health care professional worth their penny: Get yourself vaccinated.

Science As Fact is our sister site where we cover politics, debunking, fact checking, and humour. If you want more like this, head over to Science As Fact.

Read More On This At ScienceAlert – Latest