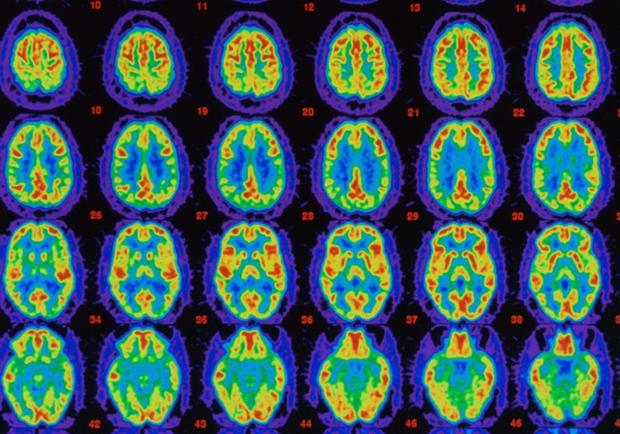 Silence. How often do you truly get to experience this? Nowadays, silence is a very rare commodity indeed as we are constantly bombarded with noises from people, traffic, airplanes, music, advertisements, construction and the list goes on. I’ve been thinking a lot about silence and how much I would like some as I’ve been travelling and am constantly subjected to honking cars, screaming tourists, and clanking sounds all around me. Silence, is actually not something that is very easily obtainable -silence is golden. So how important is silence and is it a detriment to the well-being of our minds if we don’t have it?

In 2011, the Finnish Tourist Board ran a campaign that actually used silence as a marketing product. Their campaign aimed to entice people to visit Finland to experience the beauty of the silent land. The campaign released a series of photos of single figures in nature along with the headline, “Silence, Please.” Another tagline was added by Simon Ahnolt, an international country branding consultant that said, “No talking, but action.”

Finland is onto something here. In their campaign we are seeing the beginning of using silence as a marketing technique as it is something that is becoming more and more attractive as it is becoming more and more rare. Really, think about it, how often are you in complete silence? Noise pollution is something we deal with every single day and often, we don’t think twice about it. Scientific studies are now showing that silence is much more important for our brains than you might think.

A study published in 2013 in the journal, Brain, Structure and Function, used various types of noise and silence and monitored the effect the sound and silence had on the brains of mice. The silence was intended to be the control in the study, but what they found was surprising. The scientists discovered that when the mice were exposed to two hours of complete silence per day they actually developed new brain cells in the hippocampus, which is the region of the brain that is associated with memory, emotion and learning new things.

The growth of new brain cells doesn’t always mean improved health benefits, but in this instance one of the researchers, Imke Kirste, says that these new cells appeared to become functioning neurons.

“We saw that silence is really helping the new generated cells to differentiate into neurons and integrate into the system.”

So, basically this means that silence can actually grow your brain.

Another study from 2001 defined a “default mode” of brain function that showed that even when the brain was perceivably resting, it was still perpetually active and internalizing and evaluating information. Follow up research found that this default mode is also used in the process of self-reflection. In 2013, in Frontiers in Human Neuroscience, Joseph Moran et al. wrote that the brain’s default mode network “is observed most closely during the psychological task of reflecting on one’s personalities and characteristics (self-reflection), rather than during self-recognition, thinking of the self-concept, or thinking about self-esteem, for example.”

When the brain is in a resting state it is able to integrate internal and external information into “a conscious work space,” according to Moran and colleagues.

In other words, when the mind is not distracted by noise or goal oriented tasks there lies a quiet space that allows your conscious work space to process things in a different manner. In these periods of silence your brain has the freedom that it needs to realize it’s place in your internal as well as external world.

As Herman Melville once wrote,

“All profound things and emotions of things are preceded and attended by silence.”

Silence Has The Opposite Effect On The Brain As Noise

Noise, at pretty much any levels cause stress and tension to the body, silence releases tension in the brain and body. A study published in the journal, Heart – discovered that just two minutes of silence can prove to be even more relaxing than listening to “relaxing” music, go figure.

The effect of noise pollution on our ability to perform a cognitive task has been studied extensively.

Noise can interfere with task performance at work and school and can also be the cause for a decrease in motivation and an increase in the making of errors. Cognitive functions that are most commonly affected by noise are reading attention, memory and problem solving. You may be able to relate to this if you’ve ever tried to read or study and another person is blaring music or watching T.V. close to you, it’s almost impossible to concentrate.

Interestingly, a number of studies have also shown that children that live in houses or go to schools which are near airports or under airplane flight paths, railways, or highways have lower reading scores and are slower in their cognitive and language skills.

Luckily, This Can Be Resolved

The human body is a truly remarkable thing, and the brain – well, this is beyond comprehension. In other words, it is beyond the brain to fully understand the brain, how about that? It is possible for the brain to restore its finite cognitive resources and according to the attention restoration theory, when you are in an environment with lower levels of sensory input the brain can actually recover some of it’s cognitive abilities. When exposed to silence the brain can let down it’s heightened sensory guard and restore some of what has been lost through exposure to excess noise.

If traveling to Finland is out of your reach, don’t worry, there are many other ways to find silence. If you live in a city it might be more of a mission, but it is always possible. The sounds of nature don’t really count as noise pollution, so if you can go for a walk through a forest, or a quiet park or sit by the beach, maybe even try out a sensory deprivation tank – you can experience the benefits that come from experiencing silence. We all need it, but it’s so easy to forget about it in our buys, go, go, go type of world we’ve created. Luckily from awareness comes change, and we can choose to make time to do what’s best for our mind, body and soul.