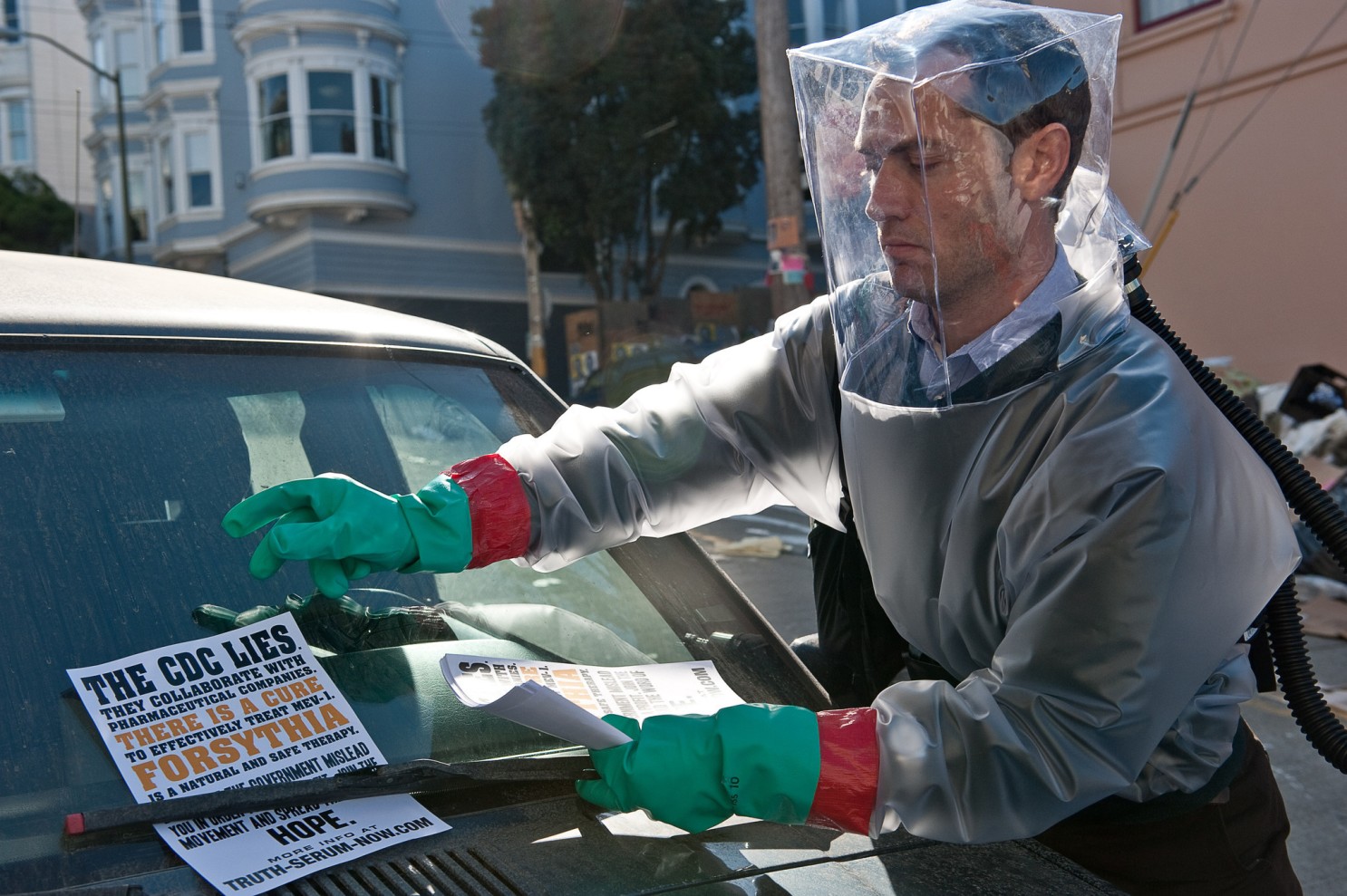 Now mankind is fighting the evolving COVID-19 pandemic, something similar to the virus from the 2011 American thriller “Contagion”. Many simply cannot close their eyes to coincidences from real life and the plot of the movie, noting more and more in common.

The film is directed by Stephen Soderbergh and screenwriter Scott Z. Burns talks about the spread of a fictitious virus that is transmitted through the air and with the help of objects. It turned out that the non-existent MEV-1 virus is similar to the real one. COVID-19 spreads to 181 countries. Furilia with a link to CNN talks about coincidences that viewers might have noticed.

Origin of the virus

The last scene in Infection shows that the fictitious MEV-1 virus came from a pig who ate a piece of banana dropped by an infected bat to escape a fire in China. Then this pig was slaughtered and cooked. The chef, without washing his hands after cooking, shook hands with Beth Emhoff, making her the first infected.

The origin of coronavirus is still a mystery to scientists, but some epidemiologists believe that bats and pigs may be a possible source of COVID-19.

Those infected in the film complained of fever and excessive sweating, headaches, sore throat, and coughing. They also had cramps, dizziness, and foam from the mouth.

All symptoms of coronavirus coincide with the symptoms of the fictitious MEV-1 virus, excluding cramps and foam in the mouth: fever, cough, breathing problems, and at least 37.7 degrees Celsius body temperature.

Like Covid-19, the virus in the film is a respiratory disease transmitted through saliva and secretions from sneezing and coughing. An infection can also remain on objects if an infected person touches them.

The spread of both viruses is exacerbated by the fact that an ordinary person touches his face several thousand times a day, simultaneously touching door handles, elevator buttons and each other.

R0 is the reproductive number, also known as the number of people an infected person can infect.

The reproductive number of the fictional MEV-1 virus was 4, and the coronavirus R0 was 2.2, according to studies by American and Chinese scientists. In other words, each infected COVID-19 transmits the virus to another 2 people.

The hero of the film, Dr. Ellis Cheever, closer to the finale gives the little boy his own vaccine. The child hesitantly shakes hands with Cheever, expressing his gratitude, after which Ellis explains the meaning of such a gesture: “It used to be a way to show a stranger that you are without a weapon and are not a danger.”

One of ways to slow down spread of the virus – avoid textile contact with others, including handshakes. The film inspires the audience with hope that the real pandemic will soon end, and we will also be able to calmly shake hands.

READ ALSO HOW STRONG DO YOU BELIEVE IN THE POSSIBILITY THAT YOU CAN HEAL YOURSELF?