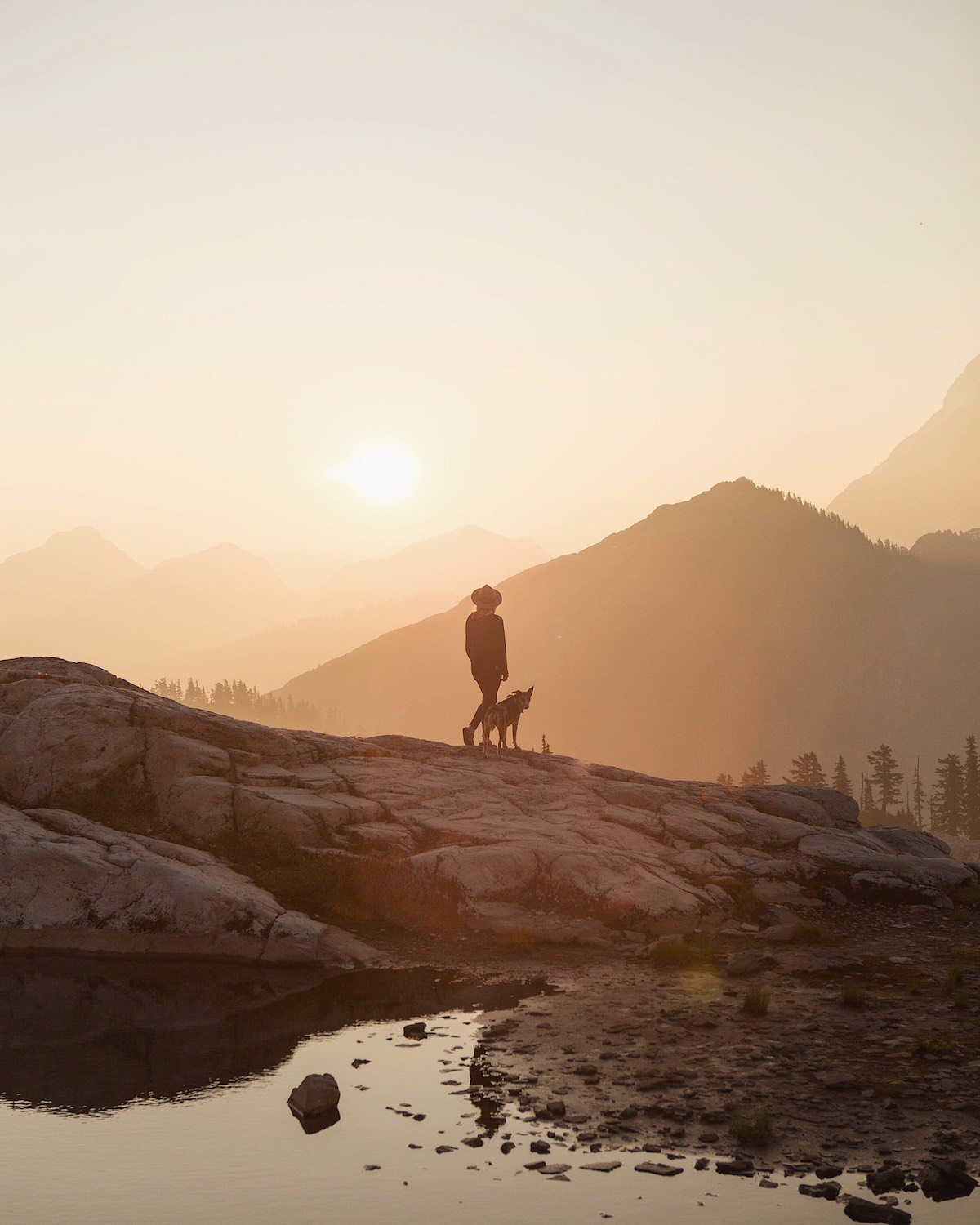 There is an innate feeling of empowerment when self-trust and independence are newly found, especially after something as difficult as a break-up.

Although traveling solo can come with a lot of trepidation, for Samantha Griggs, a Portland-based travel photographer, taking the leap and hitting the road was exactly what she needed to regain some independence. After spending six months exploring British Columbia and nine western states with her dog, Sam discovered not only what these beautiful landscapes had to offer, but how embracing the uncomfortable and being present can provide anyone with some much-needed introspection.

While everyone has their own way to process a break-up, it’s always helpful to hear how the unexpected can serve as a catalyst for powerful personal change. We sat down with Sam to learn more about what this trip taught her, plus how she crossed paths with her sweet Navajo. 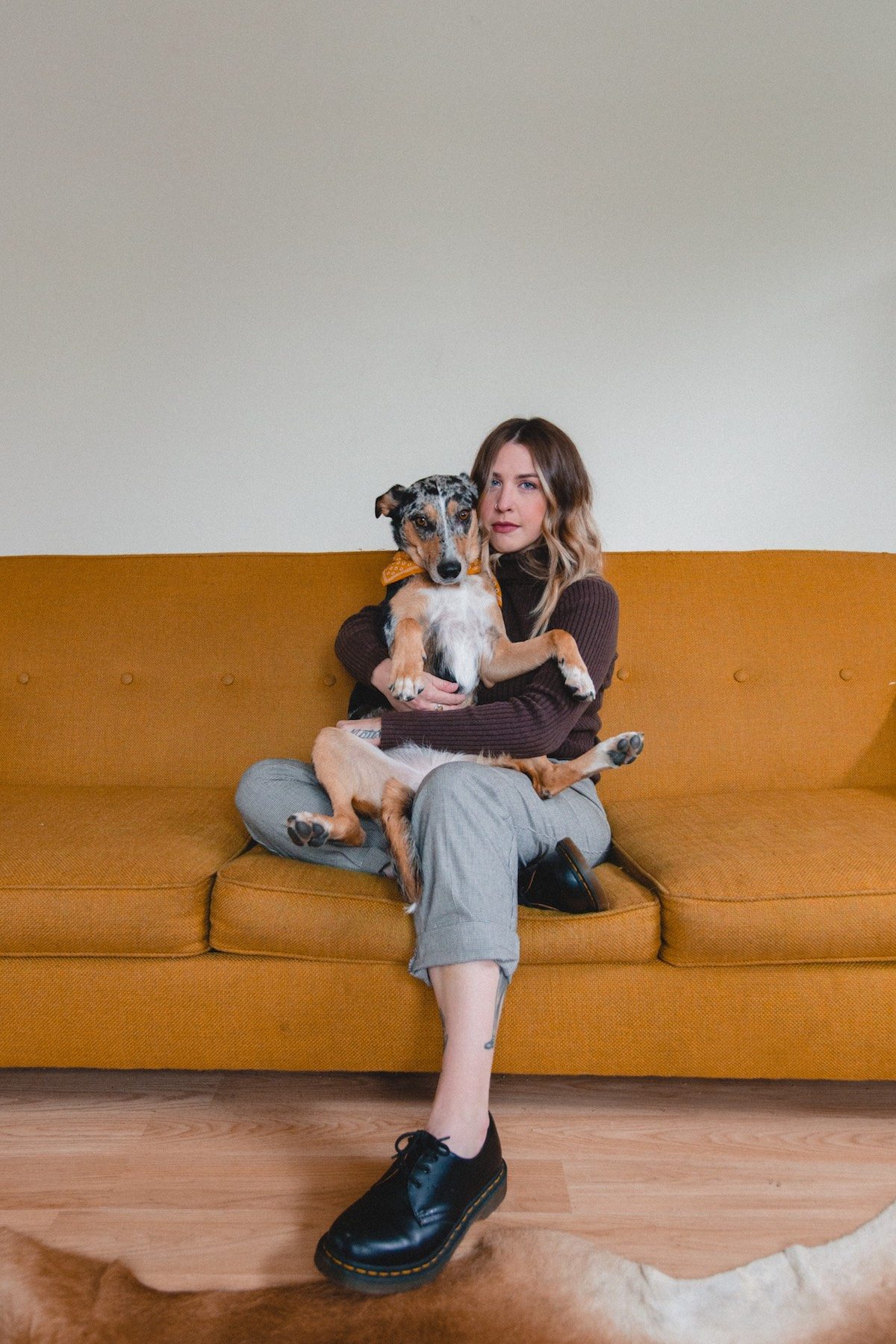 Valerie Pauley: Break-ups can be very difficult. What was your initial thought process after you and your partner decided to separate?

Samantha Griggs: My initial thought process was a little bit all over the place. I was scared and I wasn’t sure what to do. My first thought was to curl up into a ball and hide away from the world. He [my partner] was my best friend and I knew he wasn’t going to be there anymore. We had made a lot of plans to travel together, and now he was going to do everything we had planned without me.

After crying a lot and doing a lot of thinking, I realized I needed to do my own thing; I decided to travel by myself.

VP: Tell us about how you and Navajo found each other.

SG: I was traveling with my then-partner through Monument Valley, Utah, which is on a reservation. There are stray dogs everywhere. Navajo walked up to us in one of the parking lots and she kept staring and looking up at us. She was this tiny, six-month-old puppy and, at the time, we had a dog, so we tried to give her dog food but all of the other strays ran up and wouldn’t let her eat.

At that point I picked her up — it was about 20 degrees — and I asked around if she belonged to anyone. No one claimed her and so I asked my ex if he would mind if we kept her. He didn’t, so we took her in.

She was not in the best health; she was really lethargic and aloof. I looked in her ears and realized she had about 30-50 ticks which I then pulled out. She also had a really bad infection in her three broken teeth, so we took her to the vet to get those removed and now she is very healthy and happy. 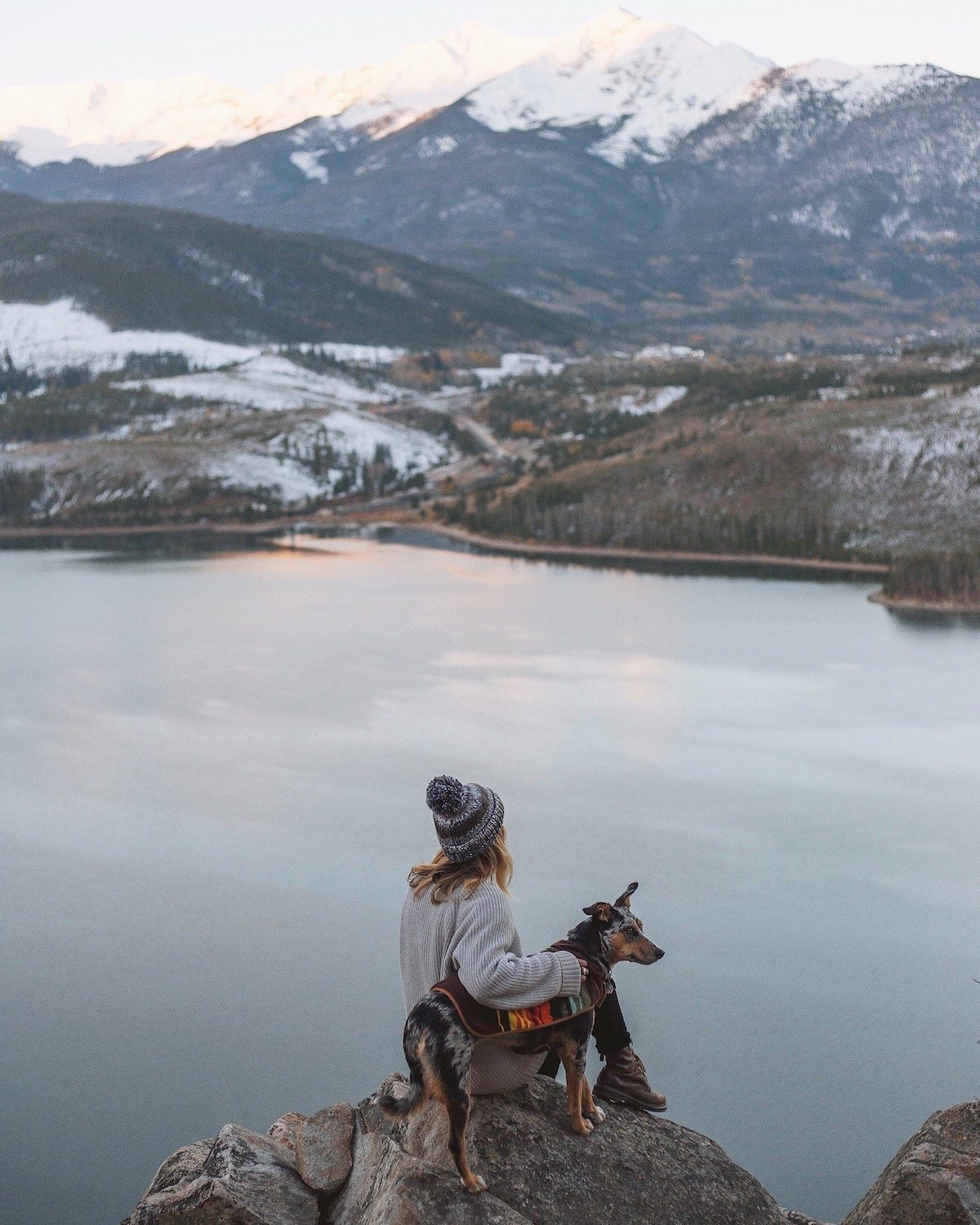 VP: What made you decide to go on this trip and what expectations did you have in the moment?

SG: I didn’t have any expectations really, I had just dealt with a lot of anxiety issues and I was at a good place in my life to be able to travel without feeling overwhelming anxiety. I felt the need to go and knew that, somehow, everything would fall into place. And it did.

As for my expectations after the trip, honestly, I didn’t have any after either. I feel like that was the best thing I could have done, having no expectations, because I probably would have talked myself out of it if I did. 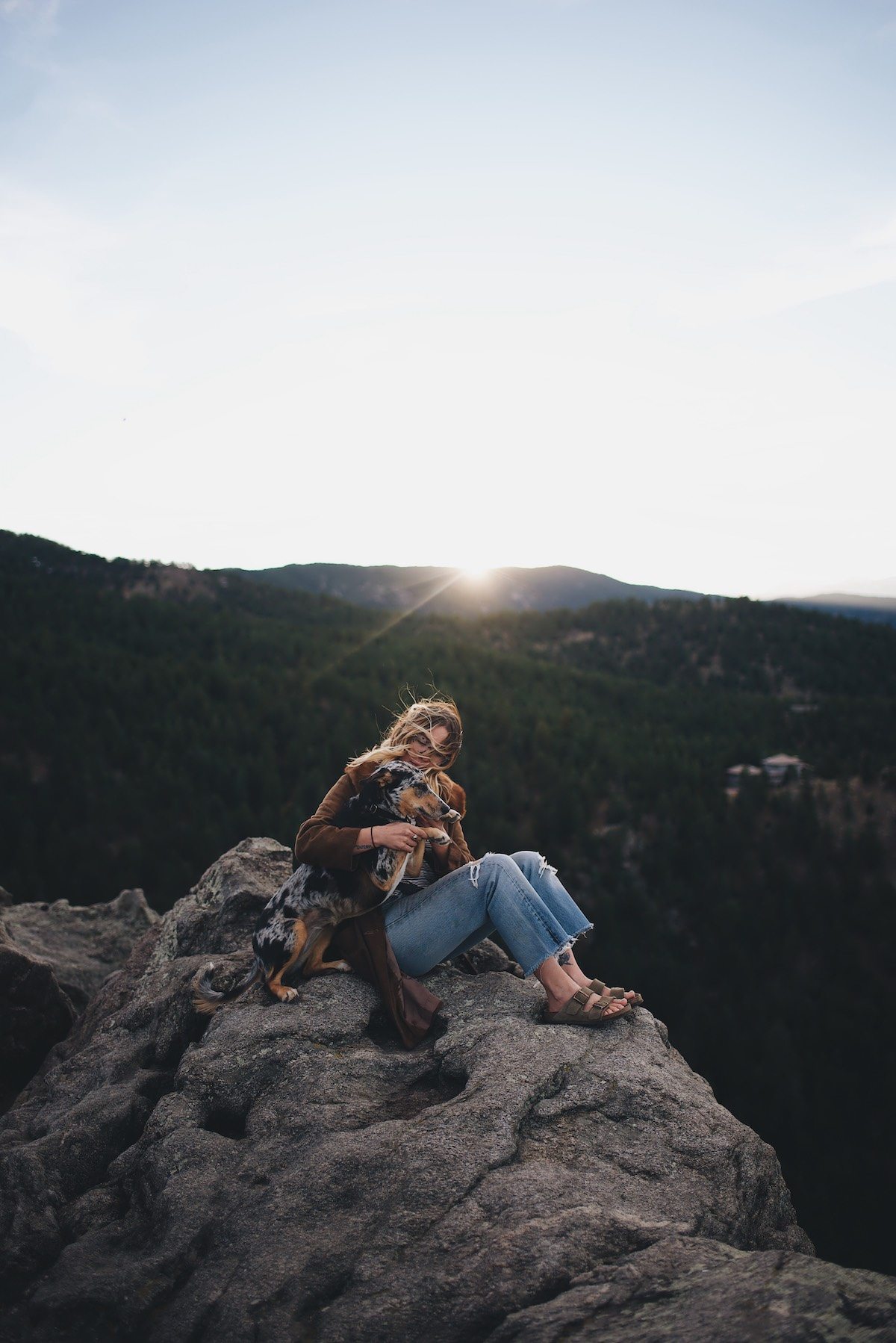 VP: Did you learn anything from your time on the road that surprised you or that you weren’t expecting to learn?

SG: After my last relationship, I lost a lot of my self-confidence and self-trust. I wasn’t expecting to trust myself as much as I did. I would go on hikes alone and it was scary at first but, eventually, I started feeling this rush of confidence. I really learned to be with myself and trust myself — something I was not expecting.

VP: You are very active on social media; did that affect your break-up either negatively or positively?

SG: It made it more difficult. I feel with break-ups in the past it was a lot easier to move on because I didn’t see that person every day on my phone. This time it was much more difficult because we share mutual friends, so even if I wasn’t following him or looking at his social media, he would come up on other people’s posts. So it did make it a lot more difficult having to see him everywhere.

I felt the need to go and knew that, somehow, everything would fall into place. And it did.

VP: It can be very tempting to escape or try to push through those emotions as if they aren’t there. How did you balance a need to process and be present in your feelings with a desire to move forward and evolve as a person?

SG: Since I was on the road I had to confront my feelings — I was alone and I didn’t have any distractions. Especially when I was camping alone, I was by myself with Navajo, who doesn’t talk to me as much as I talk to her, so I was in my head most of the time. I was able to focus on myself and I really worked through what I had experienced.

I do feel like I am getting myself back little by little, and I feel like I am on the path of becoming more self-reliant than I was because I lost that in my past relationship, as people do.

I feel like that was the best thing I could have done, having no expectations, because I probably would have talked myself out of it if I did.

VP: What advice would you give to someone who is currently going through something similar?

SG: Just keep going; it’s definitely not the end of the world. You were alone before and you can be alone again. Honestly, traveling alone is not for everyone, but for the people who are on the fence about doing it for that particular reason, go for it. It was probably one of the best things I could have done and I met amazing people along the way. It’s an experience that I will remember for the rest of my life.

Have you ever gone on an adventure as a way to process something difficult? What did you discover about yourself?