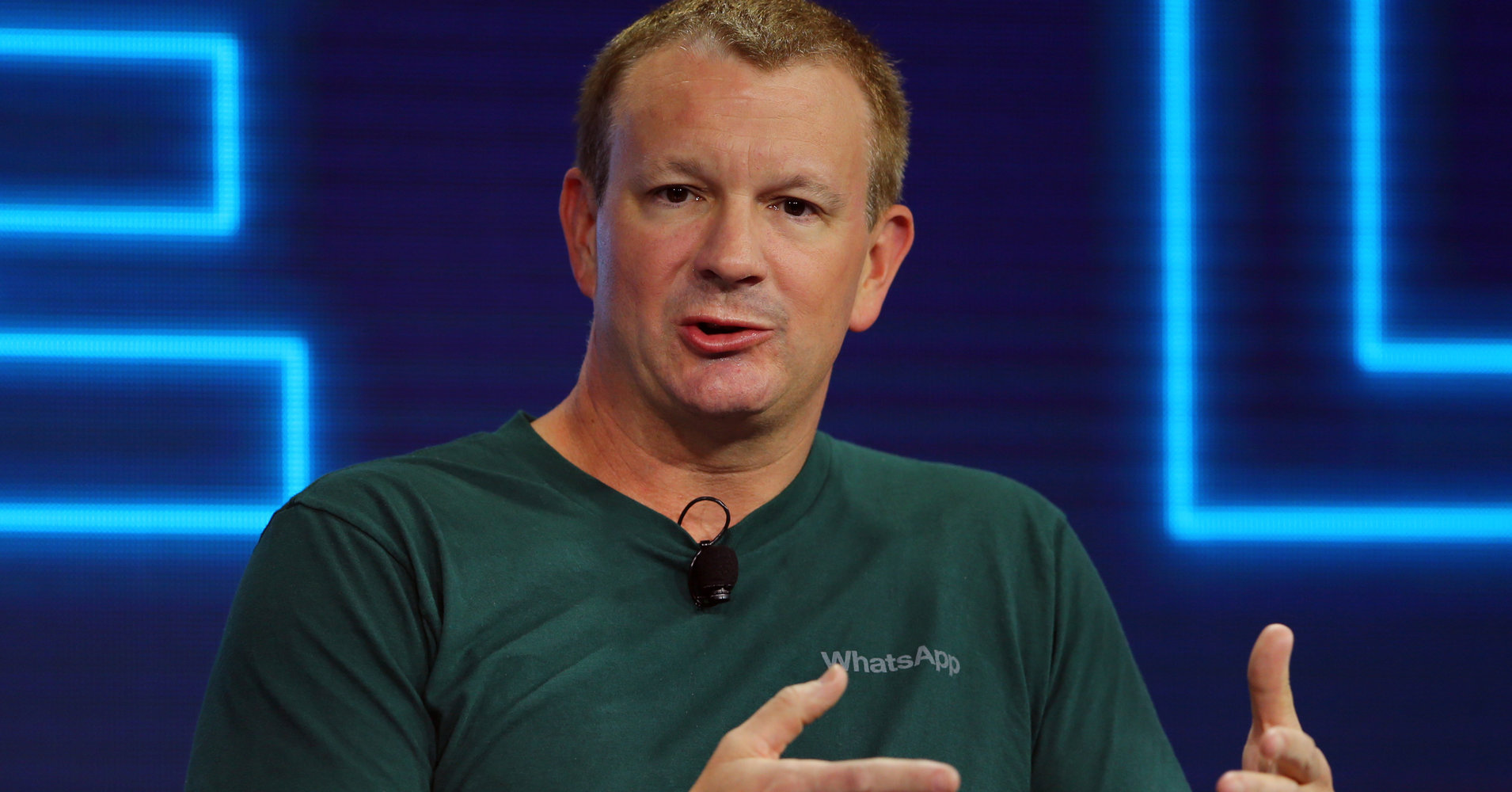 A high-profile tech industry billionaire has lent his voice to the #deleteFacebook hashtag in the wake of the Cambridge Analytica data scandal ― Brian Acton, the co-founder of messaging platform WhatsApp, which was bought by Facebook for $19 billion in 2014.

Acton and business partner Jan Koum, former Yahoo employees, founded WhatsApp in 2009. The messaging app, one of the most popular apps in the world, allows users to place phone calls, and send and receive messages free over the internet. Facebook purchased the app in 2014 in a deal of cash and stock worth $19 billion, Facebook’s largest acquisition. Koum remains with the company, but Acton left WhatsApp in 2017 to start his own nonprofit foundation “focused at the intersection of nonprofit, technology and communications.”

It is time. #deletefacebook

It was unclear whether he was advocating for others to delete their own accounts or if he was announcing that he would delete his account. Nonetheless, his contribution is just the latest to the #deleteFacebook hashtag, which has exploded this week following damaging revelations that data of 50 million users from the social media platform had been harvested by Cambridge Analytica, a political data firm with links to President Donald Trump‘s 2016 campaign.

Facebook founder Mark Zuckerberg has come under fire for dodging meetings and refusing to answer questions. He is now being asked by the U.S. Congress and British Parliament to provide more information about what exactly occurred in relation to users’ data being obtained and used for political purposes.

Last month, it was reported that Acton had invested $50 million in Signal, a WhatsApp competitor in the messaging app market. He also announced he would join the Signal Foundation which will focus on communications privacy.