Home Health Why Are You Seeing Charcoal in So Many Foods, & Is It Any Good for You? 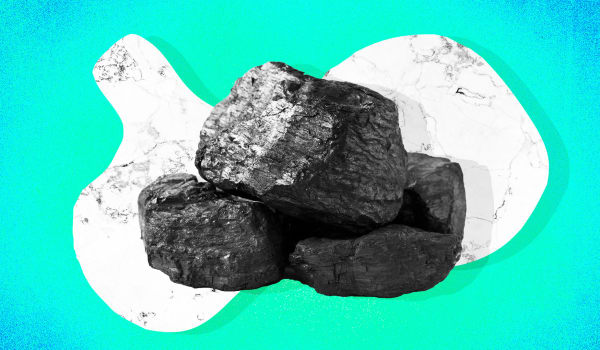 Why Are You Seeing Charcoal in So Many Foods, & Is It Any Good for You?

Have you put a little charcoal in your coffee lately? How about swallowed it in pill form?

Seemingly out of nowhere, the newest health fad to hit the market is activated charcoal. Goop created a recipe for charcoal chai; charcoal-laced lattes are popping up in coffee shops; ice cream is going dark; and folks are turning their burger buns black. It’s also being sold in pill form as a supplement.

Proponents of activated charcoal claim it traps toxins from the body and does everything from reducing gas and bloating to preventing hangovers to being useful as a digestive cleanse as well as being used as a teeth whitener and facial cleanser.

But the real question is: Are these claims accurate or totally bogus?

How did this start?

For many years, charcoal was a first-line defense against poisoning in emergency rooms. A charcoal mixture was given patients who had, for example, accidentally or intentionally ingested toxic substances. This is because charcoal is able to bind other substances to itself, an excellent quality in a poisoning emergency.

But using charcoal isn’t as common in emergency rooms now. “Charcoal, once used in nearly all overdoses, is very rarely used today,” Dr. Stuart Spitalnic, an emergency medicine physician at Brown University, tells us. “The summary reason is that it just doesn’t do much for most overdoses,” though it still plays a role in a couple.

More: What Are the Health Benefits of Acupuncture?

The idea that charcoal will “bind” to other substances, including toxic substances, is likely what prompted the current fad. But that doesn’t mean it’s doctor-approved. “There is no reason to put it in food or beverages,” Spitalnic says. “The fantasy of ‘toxins being removed,’ or of toxins that need removing is ridiculous.”

More: Is Fresh Air Actually Good for Your Health?

So does it work?

Activated charcoal proponents have many claims about what the substance is good for, and because the FDA doesn’t review the claims, it can be hard to figure out what’s real and what isn’t.

One claim is that charcoal could reduce gas and bloating. True or not? It’s possible, Dr. Svetlana Kogan, a medical doctor, master hypnotherapist and experienced Ayurvedic practitioner, tells SheKnows. Foods like cauliflower, broccoli and celery contain indigestible cellulose, and bacteria works on these foods over time trying to digest them, producing gas.

“If the person has a small amount of charcoal that they ingested with [these foods], it will bind it… and they will poop it out,” she explains. This could plausibly reduce gas and bloating, and a double-blind study in 1986, published in The American Journal of Gastroenterology, measured hydrogen levels in breath to quantify colon gases and found that activated charcoal was effective. But another 1999 study, published in the same journal, found that ingesting charcoal did nothing to reduce gas. A better idea, Kogan says, is to just avoid foods that make you gassy.

Kogan is especially skeptical of claims charcoal is a hangover cure or digestive cleanse. To start with, digestive cleanses are, as she says, “a very broad, nonspecific claim” that would be hard to test in a scientific sense. As far as a hangover cure, “some physicians claim that you will bind the toxic metabolites of the alcohol and then symptoms will get better,” Kogan notes. But according to a 1986 study published in the journal Human & Experimental Toxicology, charcoal didn’t have any effect on blood-alcohol levels in people.

More: Why Even a Little Bit of Exercise Can Make a Big Difference

What about if you don’t eat it?

Teeth whitening and facial cleansing are two other big areas where charcoal has gained traction. In these areas, experts have fewer reservations. “Charcoal toothpaste is great at removing surface stains,” Dr. Mark Burhenne a dentist at Ask the Dentist says, particularly for coffee, tea and red wine drinkers. “But if you’re looking for intrinsic color change due to fluoride damage, weak enamel or medication that has changed the color of your teeth, then activated charcoal won’t work.”

However, charcoal can be especially abrasive, which can erode enamel. He recommends doing a quick search of the relative dentin abrasivity of your toothpaste to see if it’s safe. If you can’t find it online, don’t take the risk.

Certain charcoal products are fair game to use on your face too. “Activated charcoal is certainly a new way to cleanse and exfoliate the face,” says Dr. Michele Green, a RealSelf dermatologist in New York City. “However, it is not the most effective.” Products that contain activated charcoal can cause irritation, especially if the activated charcoal is paired with glycolic acid or salicylic acid, she warned. But she says because it’s so absorbent, “it makes a great acne mask when activated with water.”

Are there any side effects?

Because there aren’t any large-scale studies on the effects of charcoal in these conditions, it’s hard to be clear what the reliable benefits and possible side effects are. Some people should be especially wary of ingesting activated charcoal. For example, if you have ongoing gut problems, like irritable bowel syndrome, inflammatory colitis, Crohn’s disease or ulcerative colitis, charcoal could be a very bad idea. “It can cause blockages and inflammation, and it’s a recipe for disaster,” Kogan warns.

Remember that the FDA does not control or test supplements, which means companies aren’t liable for whether the product works or not. Kogan recommends speaking with your doctor to help you weigh the possible benefits and side effects. But she says to stay aware of the power of marketing.

“It’s a huge industry right now, activated charcoal. Once it had the money to populate social media… just by seeing this over and over again, people develop some kind of trust,” she explains. “But that’s what it is; it’s brainwashing.”

So, like most fads, it’s best to proceed with caution (if at all).