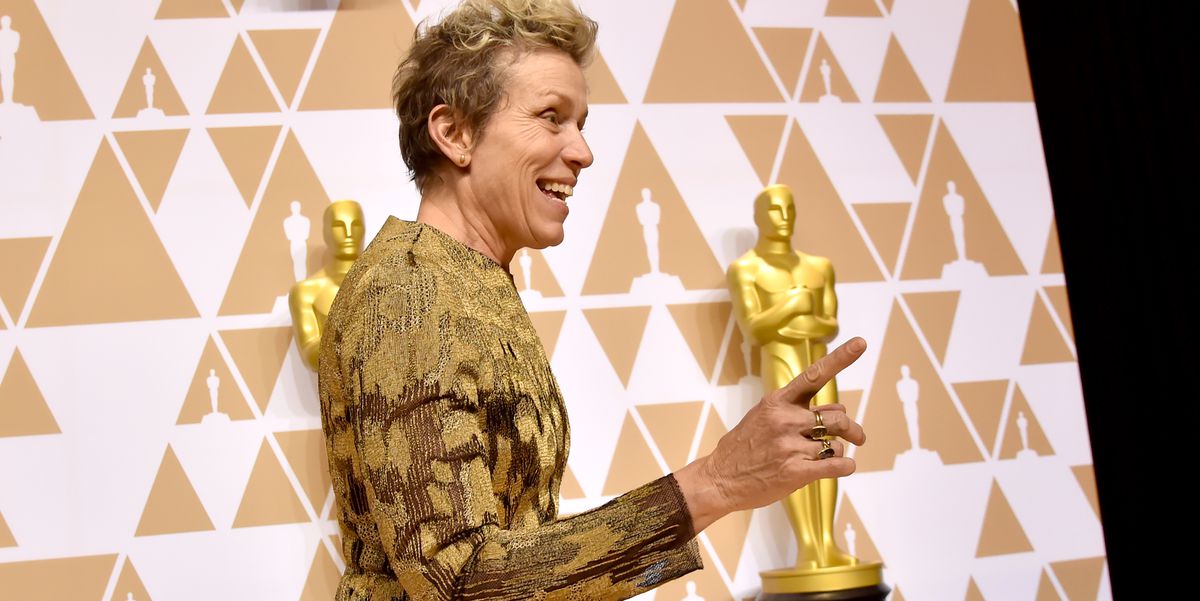 Frances McDormand’s incredible acceptance speech for her Best Actress Oscar at Sunday night’s Academy Awards asked her fellow Hollywood women to stand with her—and she received a Twitter ovation as well. Here are 12 of the best Twitter reactions to her inspiring call to arms.

?’Inclusion’ is our top search on the night, followed by ‘cinematography,’ ‘in memoriam,’ ‘feminism,’ and ‘rider.’ #Oscars

I love Frances McDormand cackling and shaking her hands in triumph at a room full of talented women like a mad feminist genius. This is the new superhero film the public demands. pic.twitter.com/JW8vK8qNC4

I am 100% certain Frances McDormand will do bicep curls with her two Oscars.

To clarify further: It’s brave because you’re saying up front, “If you won’t commit to inclusion, I won’t take your money.” And it matters because it puts pressure on a studio’s bottom line. Props to Frances McDormand. For real.

Frances McDormand asking all women at the #Oscars to stand & highlighting that they all have other projects that need funding was insanely powerful. Also the fact that she’s not wearing a stitch of makeup is truly ?

I appreciate that McDormand put the statue down, gestured at how small it is compared to flesh-and-blood people, gave everybody a vocabulary lesson and forced us all into a crash course in contract law.

an inclusion rider is something actors put into their contracts to ensure gender and racial equality in hiring on movie sets. We should support this for a billion reasons, but if you can’t find a reason to, here’s one: it will make movies better.