Home Spirit The strangest religions of the world 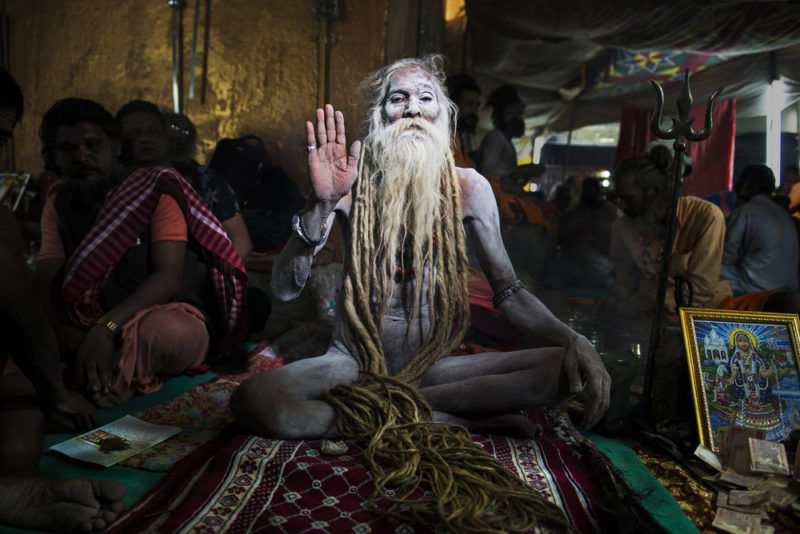 The strangest religions of the world

Some Christian or Muslim ceremonies sometimes seem obsolete to us, and the canons are too harsh or conservative. But there are religious beliefs in the world that you most likely have not heard of. But hearing and learning more – you will be extremely surprised, if not shocked.

The most amazing and strange religious beliefs in the world

Paganism and Hinduism with their sacrifices and almost primitive rites are far from the most amazing religious views in the world.

The sectarian branch of Hinduism, formed in the 18th century. The followers of Aghori believe that everything that is done on earth is absolute good, because all this is done according to the will of God (Brahma). Hence the absence of all ethical and humanistic restrictions in the rituals of believers. They not only eat the corpses of dead people, but even eat their own feces (after all, they were sent to man by divine providence).

“Kill yourself – save the planet,” is the slogan of supporters of the American Church, which originated in Massachusetts. In the “scripture” of this religion there are only four commandments: suicide, cannibalism, abortion and sex without procreation. Supporters of the church of euthanasia consider their goal to restore the balance between living species on planet Earth (for which, in their opinion, it is urgent to reduce the number of living people on the planet).

It is not joke. The god of 60 thousand followers of this church is a famous football player. “Believers” pray to their very lively and tangible idol for their own health and happiness. Each supporter of this church should take a middle name “Diego”, and give the same name to his child. No matter how absurd all this may look, the church has its followers in 60 (!) Countries of the world.

A strange religious belief is prevalent in Papua New Guinea. The main value among local believers is a man, and the main goal is his production. Therefore, women here are not considered to be people, but production mechanisms, and “full-fledged” members of the community, endowed with male genitals, worship sperm. She is considered a symbol of masculinity and fertility. From childhood, boys drink the seminal fluid of older comrades. If (don’t bring the Lord!) A woman is “poised” for sperm, she will simply be expelled from the tribe.

At first glance, there is nothing special in this religion. It combines the elements of Christianity, new age and Buddhist movements. There is only one “but”: the followers of the Pan Wave are panicky afraid of … electromagnetic waves. The followers of the church are sure that it is with these weapons that the devil and the communists seek to destroy the human race. And they prevent this in every possible way by dressing in white clothes and throwing white rags on everything around – even on their homes. So, believers are sure, they can be saved from electromagnetic radiation.

This sect was formed in Yekaterinburg at the end of the last century. Her followers believe in the tales of Bazhov (the author of the tale of the mistress of the copper mountain), and indeed, in general, everything. In this religious movement, Hinduism, Confucianism, Christianity, Zoroastrianism and paganism merged together. The Bazhaites seriously consider the Second World War a ritual of the struggle against Lucifer, and Lenin and the Mistress of the Copper Mountain – the supreme deities. Madness? No. Just such a religion.