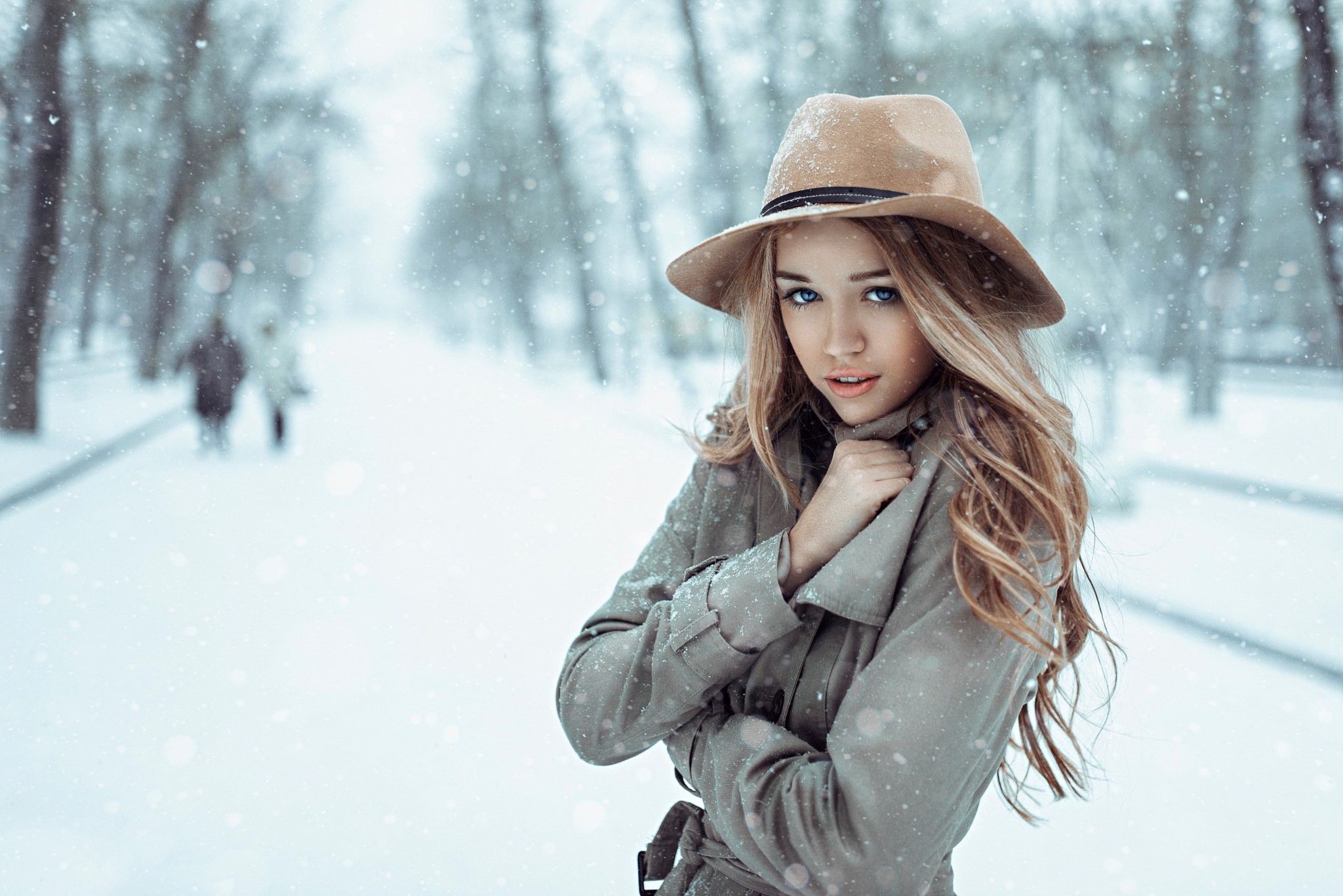 Catch up on all the news you might have missed with our handy summary of the week’s top stories.

We’re pleased to bring you “While You Were Out”—the Verily editors’ quick takes on the happenings of this week.

Facebook Watches Stock Drop as its Moral Compass Is Questioned

Social media giant Facebook has been in the news of late, in part because its stock has dropped almost 40 percent since late July. The company’s eye toward making user information public has long been in opposition to the average person’s expectations of privacy, and this year has contributed to increased spending on security. More recently, internal management conflicts have raised questions about the virtues by which the company operates.

The Wall Street Journal reports, “about a dozen senior or highly visible executives disclosed their resignations or left Facebook in 2018.” And last week Bloomberg indicated a string of corporate scandals is taking its toll on employee morale. The drop in the value of the company is certainly of concern for those who work there, but the conflict goes deeper than that. Of note was an anonymous employee comment suggesting management lacks a moral compass, especially in connection with Russia’s misinformation campaign and Facebook’s collaboration with the controversial research firm Definers Public Affairs, known for smearing clients’ opponents.

There’s no doubt that there is a great deal of pressure on CEO Mark Zuckerberg and the Facebook board. One can hope that this public commentary will encourage decision making that respects users more than the bottom line. —Lindsay Schlegel

If this sounds familiar, that’s because it is: similar headlines last January and even in November 2016 indicate that abortion’s decline is an ongoing trend. Though the CDC doesn’t offer much interpretation, we can all celebrate that fewer and fewer women are experiencing the emotional and physical trauma of abortion. —Emily Lehman

People with Down Syndrome Apply to Be on Endangered List

Among those likely to celebrate the abortion decline include the Downs syndrome community, a group whom abortion has all but made extinct in countries like Iceland. People with Down syndrome are applying to be the first people on the international Endangered Species List. The Canadian Down Syndrome Society began a powerful campaign to raise awareness of the very low birth rate for babies with Down syndrome and to ask people to sign a petition by sharing on social media. This campaign highlights the dramatic decline of the Down syndrome population in recent years and explains how animal welfare organizations have 90 percent more funding and resources than Down syndrome groups in North America.

A powerful video titled “Endangered Syndrome” was created as part of this campaign, which shows a number of individuals with Down syndrome dressed in animal costumes, pleading for the right to be born, as well as to be given the same support that many endangered species of animals receive. Talking about endangered animals, one young man says that “They make the world a more beautiful place,” as a young woman immediately follows with, “And so do we.”

They completed a very extensively researched application, which states, “The existing Down syndrome community is shrinking and with the diminishing population, comes a correlated decrease in access to services such as education, housing, employment, as well as their overall quality of living.” This application cites some startling facts, such as the fact that all across Asia and Europe, Down syndrome births are 50 percent lower than projected. Furthermore, over 65% of people with Down syndrome are out of the workforce. It is truly eye-opening to compare the rights and resources of endangered animals next to an increasingly declining community of beautiful human beings, and I hope that this campaign raises awareness for the dignity and worth of every human life, if nothing else. —Madeleine Coyne

The CEO of Victoria’s Secret resigned after two years at L Brands Inc., the parent company of the lingerie store. Jan Singer’s resignation comes amid backlash over the company’s tone-deaf business approach and comments made by L Brand’s chief marketing officer, Ed Razek to Vogue concerning the selection process for models in their fashion show. The company has also been criticized for their lack of diversity and body positivity in their marketing and during the annual Victoria Secret Fashion Show, which took place earlier this month and will be aired next week.

We can only hope that Singer’s resignation will wake up the company, and help them to use their powerful cultural influence to promote healthy ideas of self-worth and body positivity. In the meantime, let’s continue to send the message to Victoria’s Secret by celebrating and supporting lingerie companies that are empowering to women. —Gabriella Patti

The First Babies with Altered Genes Are Born in China

This week, a researcher named He Jiankui announced that the world’s first genetically edited babies were born this month in China. He claims he edited the DNA of embryos for seven couples during fertility treatments, with one pregnancy resulting in twin girls. The researcher studied genetics at Rice and Stanford Universities in the United States before opening a lab at Southern University of Science and Technology of China in Shenzhen and states his goal in the genetic editing was to alter a gene that will make it impossible for the person to be infected by HIV in the future.

This research development has not been confirmed or published in a journal, but peer scientists have already expressed ethical concerns, stating that it is “premature” research, and “an experiment on human beings that is not morally or ethically defensible.” Due to the genetic alterations, and this never having been done before, the humans created will have to live with somewhat unknown risks. In addition, the experiment failed to provide one of the twins full HIV immunity, so she will live without the benefits but with the risks, which may include a likelier risk of dying from diseases like the flu.

Other ethical concerns include that the study participants may not have known the full extent of what they were participating in, since it was billed as a study to find an “HIV vaccine.”According to STAT News, “further pregnancy attempts are on hold until the safety of this one is analyzed and experts in the field weigh in, but participants were not told in advance that they might not have a chance to try what they signed up for once a ‘first’ was achieved.” While the extent of scientific advancements can be extraordinary, one hopes this news will provide an occasion for the scientific community to remember that just because certain experiments can be done, doesn’t mean they should be—and that intentionally endangering human lives does nothing to serve scientific progress. —Mary Rose Somarriba

Amanda Bynes Opens Up On Her Recovery

Former Nickelodeon star and teen actress, Amanda Bynes opened up about her struggles with drugs and body image in a recent interview with Paper Magazine. Bynes formerly starred in the Amanda Show and teen movies such as What a Girl Wants and She’s the Man. But for the past few years, Bynes has become better known for erratic tweets, drug use, and a DUI. Bynes spoke to Paper Magazine at length about her struggles and her journey to get back on track.

Bynes explained that, after years of struggles with body image and drug use, she has been sober for almost four years and is now enrolled at Fashion Institute of Design & Merchandising in California. “I’ve been through the worst and came out the other end and survived it,” she said. “So I just feel like it’s only up from here.” To Bynes and all people out there with the courage to pick themselves up again, we are rooting for you! —GP

A new report from the United Nations Office on Drugs and Crime found that women around the world face the greatest danger within their homes, as more than half of female homicide victims from last year were killed by a partner or relative.

It’s worth noting that the researchers were unable to accurately report the number of female deaths during a war, and since violence against women often goes unreported, the numbers may be higher, making this report all the more important. There is still so much work to be done when it comes to protecting women and girls against violence of any kind. Shining a light on this worldwide zeitgeist is the best place to begin. —GP

Husband, Sentenced to Life in Prison for Killing Wife and Children, Is Sued

Lest we think this violence doesn’t take place in the United States, Chris Watts of Colorado was sentenced earlier this month to life in prison without parole for killing his pregnant wife and two small daughters. Many wanted him to face the death penalty but his murdered wife’s family requested otherwise, stating that while he made the decision to take the lives of their loved ones they did not want to make the decision to take his in return. Although he has never fully confessed, the common perception is that he did so at least partly because of an ongoing affair with a coworker.

Now, weeks after his sentencing, news outlets are reporting that the victim’s family has filed a wrongful death lawsuit in civil court. The family is seeking relief for Shannan, former wife of Chris Watts, and their two children together, Bella and Celeste. What’s more, due to a Colorado law that allows a woman to sue for an unlawful termination of a pregnancy, the lawsuit also seeks relief for Nico, the couple’s unborn child.

According to the lawsuit, “(The) defendant’s actions have caused plaintiff’s pain and suffering, emotional trauma and the loss of the society and companionship of Shanann, Bella and Celeste.” Truly, their grief and horror is unimaginable, and while no legal measures can ever alleviate that sort of deep-seated pain, it does provide some measure of justice for the precious lives lost to senseless violence. —Mariel Lindsay

Let’s End With Some Good News, Shall We?

While peanut allergies have been on the rise and potentially fatal, medical professionals have long worked to fight the severe effects. This past week, it was announced that a newly developed drug possesses the power to combat its dangerous side-effects, which will be available in the latter part of 2019. One in 50 American children possess a peanut allergy, and though deaths are rare, kids and their parents live with constant anxiety in regards to the presence of peanuts or peanut traces in many common foods.

The drug itself contains peanuts, as it is part of an oral immunotherapy regimen that, for some allergy sufferers, may gradually reduce peanut sensitivities over time by increasing exposure to peanut protein. The drug does not cure the allergy, but aims to decrease negative reactions to accidental peanut exposure. This in and of itself is a source of relief for many families who agonize over whether or not their children will accidentally consume peanuts in a public place while unmonitored. Some are asking more financially-minded questions about the drug. Will it be costly? Will it be covered by insurance? Considering the excessively high costs of life-saving Epi-Pens (which contain the relatively cheap ingredient, epinephrine), it’s fair to say there’s room for concern.

Further information should be available before long, as the pharmaceutical industry works to make the drug available within the next year. For some allergy sufferers, immunotherapy may not work and in fact be dangerous, so they’ll want to see a specialist. But for those with the right conditions for the drug, this is hopeful news. —ML