Home Beauty Bloated Lips Beauty. Why Did Women Scratch, Bite And Pierce Their Lips For Centuries 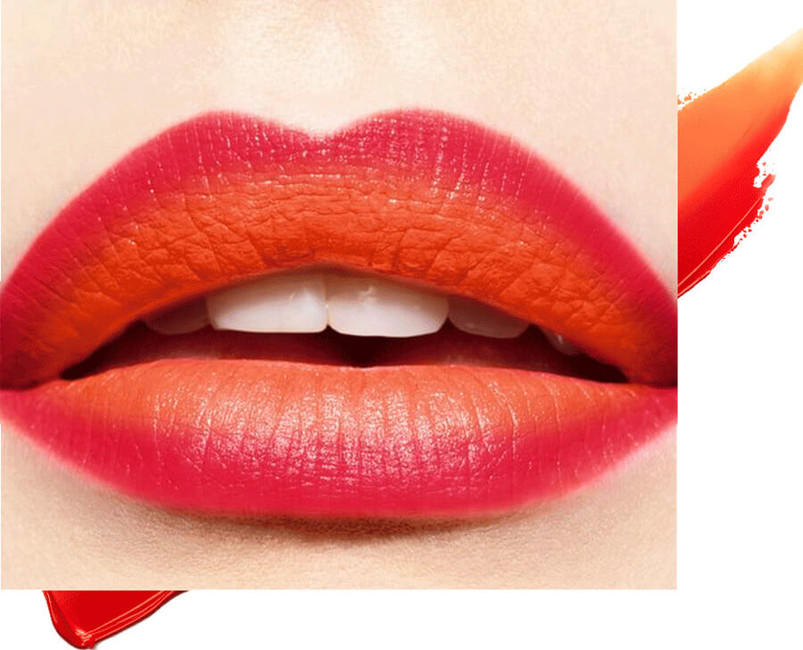 Bloated Lips Beauty. Why Did Women Scratch, Bite And Pierce Their Lips For Centuries

Black, red, puffy, thin or eight-pointed – in every era, the idea of ​​the attractiveness of female lips has changed dramatically. However, it was lips that remained the most exciting and seductive detail of the face. In pursuit of fashionable color and shape, women rubbed them with acid, scratched, bit and pumped up with harmful substances. “Furilia” figured out what had been going on with female lips for millennia and why the world was drawn to anomalies. Bloated Beauty. Why Did Women Scratch, Bite And Pierce Their Lips For Centuries?

Not sparing their mouth.
In ancient civilizations, bright makeup was considered a symbol of high status, so both women and men experimented with the color and shape of the lips. The inventors of the prototype of today’s lipstick were the Sumerians – they guessed to use natural materials for lip tinting. Any ingredient capable of enhancing color intensity was used: fruits, henna, clay, rust and even insects. Meanwhile, Mesopotamian women preferred “matte lipstick” shine, grinded precious stones and sprinkled their lips with the resulting sparkling powder.

Probably the first true connoisseurs of lipstick were the Egyptians. They began to trend on dark, purple, and often quite black lips. Attractiveness was more important than health: the desired shades were obtained using harmful bromine or iron oxide. And the shine of such a lipstick was given by fish scales. 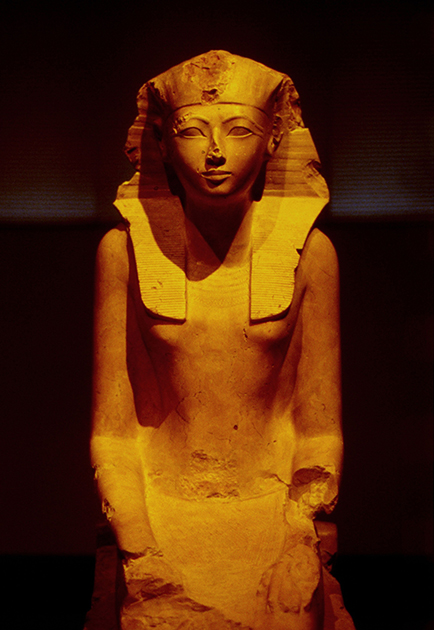 The ruler of Hatshepsut solved the problem in the 1450s BC. During an expedition to Punt in East Africa, Hatshepsut got a safe lip color – carmine, which was obtained from the acid secreted by female cochineal insects. Carmine remained useful for many centuries: women applied it on the lips until the beginning of the last century.

The ancient Greeks, on the contrary, were opponents of bright lips and appreciated their size and shape much higher. To their taste, the ideal female mouth should have a soft semicircular bend, raised corners and a plump square lower lip. But the paint on the lips was the lot of prostitutes – they were legally obligated to apply dark lipstick.

Quite the opposite, a labial trend developed in Asia. Japanese aristocrats, without sparing their mouths, painted their faces with a thick layer of makeup, and in place of their lips painted two tiny beads.

In the era of Puritanism, lips had to be hidden, since the church was merciless both to lipstick and to any make-up. Scarlet lips were associated with devil worship, and women with painted lips were mistaken for witches, captured and executed. So in the Middle Ages, a fashion for thin, tightly compressed, almost invisible lip contours was born. But the girls were drawn to make-up no matter what: balms began to be popular, where dyes were secretly added. It was also possible to make lips brighter in a simpler way – they were bitten, pricked and rubbed with rough materials.

It is believed that the term “lipstick” was coined by the cardinal of the Roman Catholic Church, aristocrat and statesman of France Armand Jean du Plessis de Richelieu in the 16th century. The Duke de Richelieu adored apple flavor. In order to continuously enjoy his favorite smell, he ordered to make a fragrant ointment, which he then applied to his upper lip. He called this remedy lipstick – from the French pomme – an apple. The invention of de Richelieu had no color, but the fashionable women who found out about it soon mixed in the paint there.

After a hundred years, people were already painting almost the same as in our days, and lipstick has become as demanded by men as women. The courtiers, who wore a thick beard and mustache, highlighted the outline of their mouth with color. Their wives, too, did not dare to neglect the make-up: a law was passed in France, according to which a man received the right to divorce if after the wedding his wife became less beautiful than not being married. 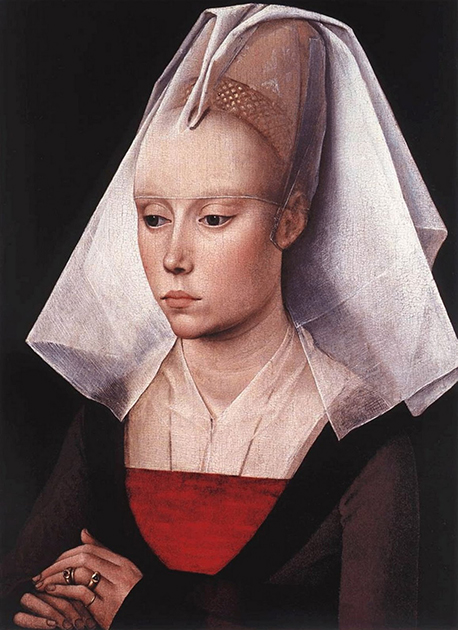 The first perfume company that guessed to make money on women’s lips was the French Guerlain. Guerlain made lipstick from deer fat, beeswax and castor oil. Then the resulting substance was placed in silky paper and sold. However, the truly beauty world turned upside down in 1915 with the advent of a metal lipstick container designed by American businessman Maurice Levy. On the side of each tube, Levy was equipped with a small lever that allowed you to push and pull the lipstick like a modern mechanism.

A new-packaged Levy lipstick was available in the form of a familiar stick or liquid shine, and the most popular in the line was persistent lipstick. In addition, Levy invented a “natural” lip gloss, created on the basis of bromic acid. The mixture reacted with the skin, resulting in a reddish tint. Another novelty that won the hearts of American women in the early twentieth century is lipstick with various tastes, the most popular of which was cherry.

Everyone is delighted with you!

At the time of the Gibson Girls (the perfect female appearance, invented by the American illustrator Charles Dana Gibson. Gibson’s girl was tall and slim, with a narrow waist, large breasts and wide hips), lip fashion was close to modern, and lipstick was already in every American’s makeup bag. The real icons of the style were then silent movie stars, and popular women’s magazines called for a copy of their appearance. Readers diligently followed the recommendations, flaunting cherry, plum, eggplant and brown lips.

In the 1920s, fashionistas went crazy about the “Cupid Arc”, which implied an unrealistically defined line of the upper lip with a clearly defined indentation in the middle and sharp corners. At the same time, the lower lip was practically absent. To achieve the desired shape, they often used stencils, and the Polish entrepreneur Elena Rubinstein even created a special lipstick that supposedly herself gave the lips a treasured arc. At the same time, the first wave of feminism rose: women demanded the right to vote in elections, and lipstick was chosen as their symbol. 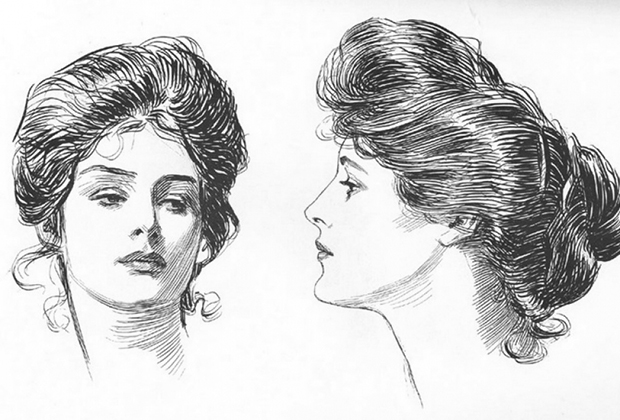 Another sensational novelty of that era was the “kiss-resistant” Rouge Baiser formula, created by French chemist Paul Baudecroux. However, the lipstick did not take root: it was quickly seized from stores due to numerous complaints from customers. Outraged girls said that this tool is not only not erased with kisses – in principle, it can in no way be removed from the lips. The chemist’s concept failed, but the world’s largest brands such as Chanel, Guerlain, Elizabeth Arden and Estée Lauder successfully launched their first lipsticks into mass production.

During the Second World War, women worked at the forefront with men. Since metal was already in short supply, metal tubes of lipstick that were already familiar to girls were replaced with plastic and cardboard. However, cosmetics itself was in short supply – front-line soldiers had to use improvised means to emphasize their beauty. And they did not spare money: to raise morale in the army, women were urged to use the brightest tones of red. The most popular scarlet shade of the 40s, released in the Besame brand line, was called – American Beauty.

The middle of the last century was marked by a return to almost ancient Greek standards of beauty: from now on, lips dominated the female face – and the larger, the better. The trend was an absolutely symmetrical, big mouth: the lower lip was finally given as much attention as the upper one. In addition, the whole world sought to imitate Hollywood actresses. Women without copying, copied the bright, bold, sexy images of Grace Kelly and Marilyn Monroe, and one of the most popular lipstick colors was the rich scarlet shade of Envious by Estee Lauder. A survey in the United States showed that in the 1950s, 60 percent of teenage girls had already painted their lips.

However, with the advent of Twiggy – icons of the style of the 60s – “lips” norms again turned upside down. Now the intricate bends and shape have become more important than their fullness. As for the model itself – her huge eyes attracted much more attention than seemingly perfect lips. Nevertheless, it was during this decade that women thought about artificial lip augmentation, and doctors began to experiment with “fillers”, pumping various substances into the lips of clients. Silicone entered the arena, which provided everyone with the same “duck” lips. 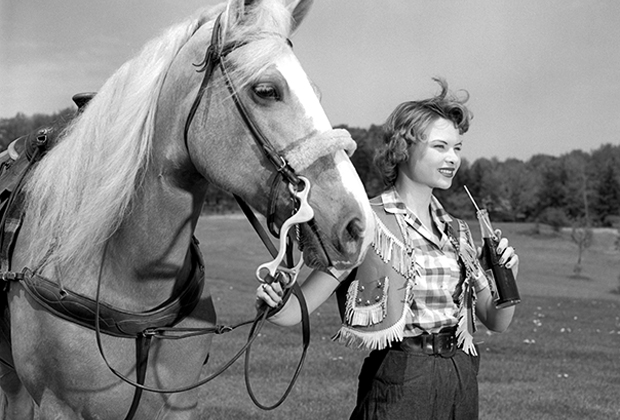 After a decade, cosmetologists even tried to use beef collagen. Naturally, the result of these procedures was very doubtful, and the method was soon abandoned. The real revolution in the world of fake lips happened only in the 90s, when Julia Roberts became the sex symbol of the era. Women wanted to have the same large, expressive lips. And the demand was satisfied: scientists finally developed a substance close in structure to natural human collagen.

At the same time, naturalness suddenly came into fashion. People were worried about environmental problems and demanded cosmetics with a natural composition. Many women even refused decorative makeup in favor of permanent: tattooing was gaining more and more popularity. As for the trend in make-up, nothing reflects the turbulent 90′ like a dark stroke on the lips, contrasting sharply with light lipstick.

However, natural beauty still failed to prevail over the fake. Every year, fillers became more and more perfect, and plump lips – all the more attractive. A significant role in this was played by the notorious Kardashian family. In 2015, the youngest sister Kylie Jenner announced to the whole world that she had made new lips, and over the next day the clinics recorded a 70 percent increase in interest in the procedure. According to the American Society of Plastic Surgeons, in 2015, more than 27,000 Americans left cosmetology rooms with enlarged lips. That is, such a procedure was carried out approximately every 20 minutes

So, Kim Kardashian gained world fame thanks to her magnificent buttocks, and Kylie – thanks to her magnificent lips. In the same year, the girl launched her first line of Kylie Lip Kits, which in a couple of years turned into a cosmetic empire. So, on the lips of millions of women from around the world, the 21-year-old girl Kylie Jenner made millions of dollars, and then won the status of the youngest billionaire in the world.

But even the loved lips pumped Instagram lovers soon got bored. And the price of fillers over the past few years has fallen significantly.

Since trends are changing rapidly – you need to urgently come up with something radically new.

As you can see, the trends in the beauty of female lips flashed in different corners of the planet: from Ancient Egypt to modern America. However, one thing is clear: in every next century this beauty demanded more and more sacrifices. Whether women will have to endure more severe metamorphoses, whether one day they sew lips together or are removed permanently, one can only guess.