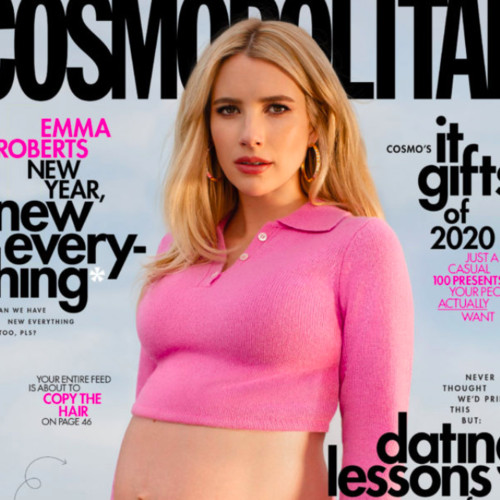 Following Emily Ratzkowski, Emma Roberts starred for the cover of the gloss, waiting for a baby. Very soon, the actress will become a mother for the first time and in an interview for the American Cosmopolitan admitted that doctors had previously diagnosed her with endometriosis. Therefore, the news that Roberts is pregnant is a real miracle.

For the cover of the magazine, the girl posed in a fuchsia jersey set. Sweater Emma Roberts put on a cropped sweater, thereby emphasizing her state. We also vote for her skirt with a spectacular cut :)!

The cover photo was taken by photographer Sasha Samsonova, who has been living and working in the United States since 2014. In her lens at various times were Hayley Bieber, Kylie and Kendall Jenner, Irina Shayk and other fashionistas.

READ ALSO: THE MOST SCANDALOUS MAGAZINE COVERS THAT HAVE CHANGED THE WORLD OF GLOSS