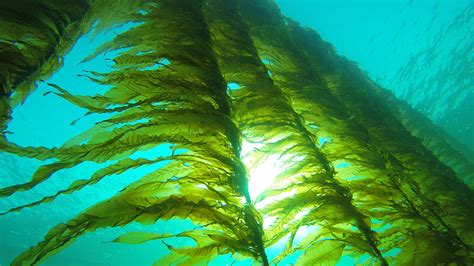 How to Protect Your Family From Fukushima Radiation and Repair DNA

Try These Natural Remedies to Protect Your Body From Fukushima Radiation

Japanese officials have recently admitted the grim truth that since the 2011 Fukushima earthquake, tsunami and meltdown, 20 trillion to 40 trillion becquerels of radioactive tritium have leaked into the Pacific Ocean, plus a huge amount of cesium, as well as strontium — which replaces calcium in bones and stays in the bodies of humans and sea life.

Over 300 tons of radioactive water are still leaking into the sea each day. And if that wasn’t enough, reactor 4 is severely damaged and sinking — the removal of the spent fuel rods will be one of the most urgent and dangerous tasks ever undertaken in the history of nuclear energy.

A rodent chewed through the wiring recently, causing a power outage which came close to triggering an unstoppable nuclear chain reaction.

Those living downwind, especially on the west coast of North America, may have significant reason to be aware and take precautions.

Not only did the Vancouver Sun report that the seaweed in British Columbia has radiation levels four times the amount considered safe, but cow’s milk samples taken from across the US after the Fukushima incident have shown radiation levels three times higher than EPA maximums.

But don’t buy your ticket to Sydney just yet — there’s hope. Avoiding certain foods and eating more of others may help you protect yourself and your family from possible damage from radiation. Here’s a partial list of tips to help you navigate these waters:

1. Many experts are urging people to stop eating sea life from the Pacific. This would obviously include anything from Japan. Marine chemist Ken Buesseler found Pacific cesium levels 50 million times higher than pre disaster levels. (The levels tapered off but plateaued at 10,000 times higher than normal.) The algae get contaminated and it goes to the little fish, to the big fish and then to you.

2. Avoid dairy and meat. The higher on the food chain, the higher the concentration of radioactive materials may be. Dairy products in particular may be the most contaminated item, because the living creature has eaten the contaminated grass, other foods and water (from contaminated rain that forms from the Pacific and atmospheric particles); the radiation from which is stored it in its body and passed on to whoever eats it. After the Chernobyl disaster there were numerous cases of children becoming severely ill from drinking cow’s milk.

1. Citrus pectin or apple pectin. In supplement form, these have been shown to bind to and remove radioactive materials such as Cesium-137 from the body.

2. Spirulina and chlorella have both been shown to reduce significantly or even remove radioactive materials in people who were contaminated by the Chernobyl fallout. However, this blue-green algae superfood should probably not be sourced from Japan or nearby waters.

3. Seaweeds (and green and black teas for that matter) have been shown to neutralize radioactive isotopes in the body, and contain a high amount of protective natural iodine that would definitely protect the thyroid. Many people are claiming that dulse from Ireland is the safest.

The jury is still out on California coastal seaweed, with some people even buying Geiger counters to test everything they consume. Geiger counters are rather blunt tools though, and do not tell you the type of isotope involved. I personally would not eat seaweed from the west coast of North America or Japan, but that’s an individual decision.

5. The entire cabbage family is high in caffeic acid, which may protect peripheral blood lymphocytes against gamma radiation induced cellular damage. This would include broccoli, cauliflower, arugula, bok choy, radishes, mustard greens and the like.

6. Herbs high in selenium may protect against DNA damage. These include: nettles, burdock root, catnip and ginseng.

7. Members of the legume family, especially: lentils, astragalus and red clover, may assist with DNA repair.

8. Miso soup has been shown to be very protective as it contains dipicolinic acid and may discharge radiation from the body. Rosemary, as well, helps rid the brain of free radicals.

5G? Internet-connected everything? Learn How It Will Harm You

9. Reishi mushrooms, known in traditional Chinese Medicine as Ling Zhi, have also been noted to increase the white blood cells and increase the overall immune protection of the body, even combating cancer. (Studies on reishi and cancer are varied). The recommended method is slicing the dried mushroom and simmering for three hours, drinking the concentrated tea.

10. Cilantro removes heavy metals from the body (especially when combined with chlorella), and milk thistle is another herb that supports the liver in removing toxins. Bentonite clay has been touted as doing the same through binding and removing the foreign substances.

So despite radiation worries, there are some things you can load up on to lessen your toxic intake. Peace.