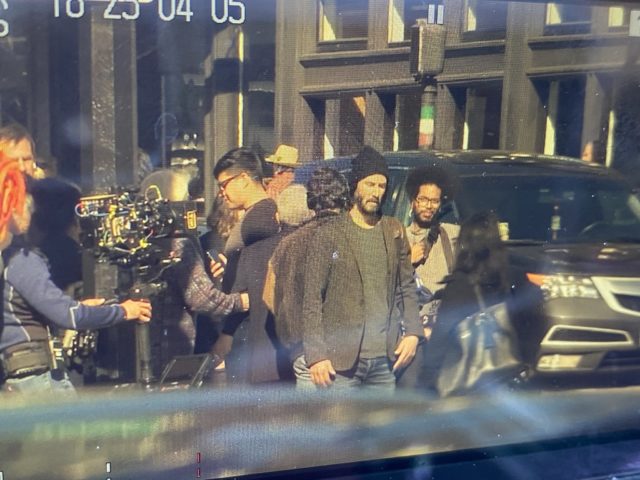 “Matrix 4”: photos and videos from the filming location, cast and release date

“Matrix 4”: photos and videos from the filming location, cast and release date. Since the third part of The Matrix was released in the now distant 2003, fans have not ceased to believe that their favorite characters will ever return to the movie screens. Rumors about the fourth part began to spread stubbornly a couple of years ago, but then did not receive official confirmation. Only recently it became known what a new film to be, and now the first evidence has appeared on the net. Look in the magazine “Furilia”:

Photos and videos from the filming of “Matrix 4”

Which of the actors will we see again, and who is not? When to wait for the premiere? I will tell you about this and other today.

A new film about Neo was announced back in August 2019. Then it became known that the shooting will begin at the beginning of 2020, but there was no information about exactly where they will be held. Until February 5, when residents of San Francisco, USA, did not see the director Lana Wachowski on the streets of the city, who shot the first three films about the “chosen one” with her sister. In one of the quarters, equipment for filming was exhibited, but the main character was not in sight.

And the passers-by managed to capture the photo of Keanu Reeves himself, who played Neo in the trilogy. There is no doubt left – a new “Matrix” is being filmed in the city! Since then, the network was flooded with pictures and videos from the scene.

The frames show that the actor is wearing jeans, a jacket and a black hat. He wears his usual beard, which means that it can be assumed that the action takes place in the matrix, where his hero is known as Thomas Anderson.

In this scene, Keanu stands at the crossroads with other people and waits to cross the road. Lana Wachowski gives him the last directions before shooting. The next moment, Reeves looks up at the sky as if he saw something in him.

Residents of San Francisco are shocked and do not believe their happiness when they see their idol on the streets of Chinatown, who drinks coffee, smokes, communicates with the director and takes pictures with fans in between filming.

The plot details of the upcoming picture are not disclosed and are kept in a strict plot, so we can only guess what we will eventually see on the screens. It is known that in addition to Lana Wachowski, David Mitchell and Alexander Hemon worked on the script, and some scenes were shot in the vicinity of San Francisco.

You can read on the warning plate that a project is codenamed “Ice Cream” from the movie company Adobe Pictures Inc. in the city. Also, all onlookers are asked to refrain from getting into the camera and not interfere with the filming process.

It will not cost a movie without the tricks that the Matrix is ​​so famous for. Passers-by managed to shoot a scene with a motorcyclist and capture a car with a crane and a camera on the roof.

Well, and where without the protagonist flying over the city? True, Neo will no longer fly by himself. Fans suggest Trinity, who died at the end of the third film, hovers in the frames next to him.

Well, on very recent photos and videos dated February 9, you can see that shooting takes place at night on the roof of a skyscraper in a financial district in downtown San Francisco. Drones and a shooting helicopter are circling above the building.

Keanu Reeves gave his consent to participate in the fourth “Matrix” after Lana Wachowski took the director’s chair. Soon it became known about the return to the screens of the heroine Carrie-Anne Moss Trinity. It is assumed that the heroes managed to be connected to the matrix and they thus survived. By the way, the actress also managed to notice on the set.

As for Morpheus, participation in the Lawrence Fishborn project has not yet been confirmed. But it became known that his role in his youth will be played by actor Yahya Abdul-Matin II, known to viewers from the films “Aquaman”, “Black Mirror”, “We” and “The Handmaid’s Tale”.

But who the audience will definitely not see in the sequel to The Matrix is ​​Agent Smith, played by Hugo Weaving. The British actor was negotiating with Lana Wachowski about his return to the cinema, but the schedule of employment in the play “Visit” based on the play by Friedrich Durremant at the Royal National Theater did not allow him to join the project.

However, the tape will not remain completely without villains. In the fourth Matrix, Merovingen will again appear performed by French actor Lambert Wilson. In addition, negotiations on the participation in the filming were conducted with actresses Priyanka Chopra and Jada Pinkett Smith. The latter played the role of captain Niobe in the second and third parts of the trilogy.

What role Neil Patrick Harris will play in Matrix 4 is still unknown, but he is on the list of actors involved. Also studio Warner Bros. I was looking for a performer for the role of the young Thomas Anderson, who does not yet know that he is “the chosen one”. Scenes from Neo in his youth can be arranged as a series of flashbacks.

The stuntman and director Chad Stahelsky promised to return to the set. In all three parts of The Matrix, due to the outward resemblance, he replaced Keanu Reeves in dangerous tricks, and later removed the actor in his trilogy John Wick. By the way, the new “Matrix” may be the beginning of another trilogy. But whether the 5th and 6th films will be shot, and who will play in it, is unknown. In the meantime, we are waiting for the premiere of “Matrix 4”, scheduled for May 21, 2021.

READ ALSO Before Special Effects: Rare Photos From the Shooting of Legendary Films!

READ MORE Film Stars Who Changed Their Appearance For a Movie Role!