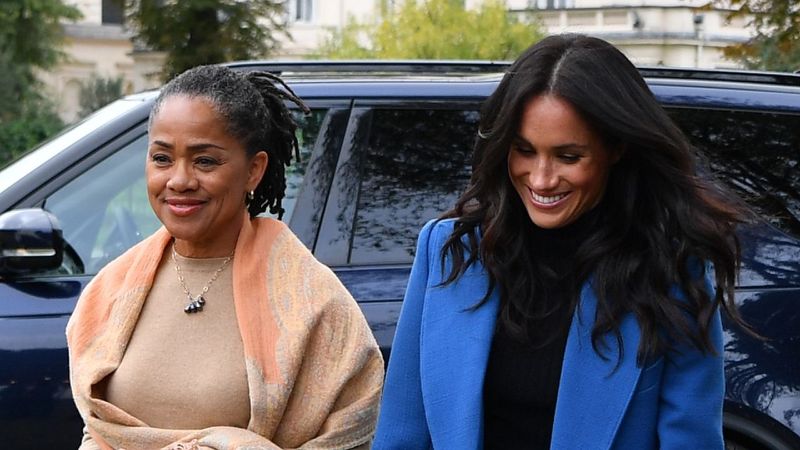 Over the past couple months, Meghan Markle has transformed her wardrobe from an actress’s to a duchess’s to adhere to royal protocol and her new position as a working member of the royal family. And, in the surest sign her outfits are princess-approved—literally—her cousin-in-law Princess Beatrice wore the very same piece Meghan did this week.

Eagle-eyed Meghan Markle fans spotted the same pleated black skirt on Beatrice, Meghan, and its designer, their friend Misha Nonoo (one of the women at first rumored to set Meghan and Harry up). Meghan wore the look Thursday, while Beatrice was photographed in it during a visit this week for her work for Big Change:

Meghan wore the skirt the most publicly at the celebration of her first big project as a royal yesterday: supporting charity cookbook Together: Our Community Kitchen to support the women chefs at Hubb Community Kitchen, which was set up in the aftermath of the Grenfell Tower fire. Meghan wore a Smythe coat with it and a Tuxe top.

The skirt is available here for just $250 for doubly-princess approved style: