Home Style Oscar 2020: the best outfits on the red carpet! 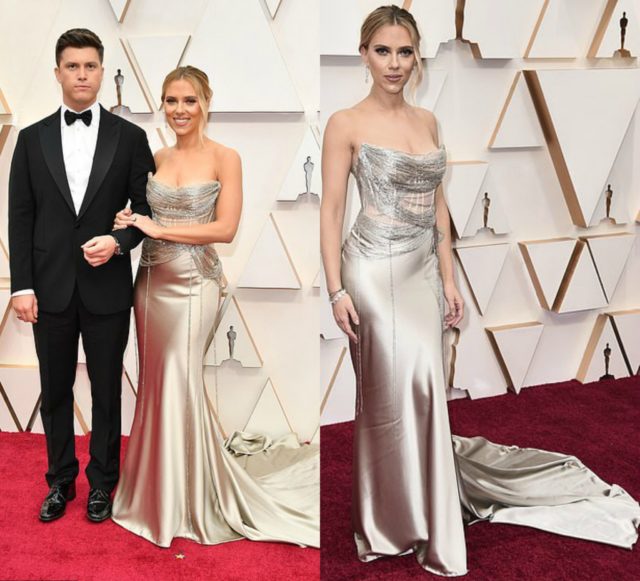 Oscar 2020: the best outfits on the red carpet!

Oscar 2020: the best outfits on the red carpet!. On February 9, the 92nd annual Academy Awards ceremony was held in Los Angeles. Already by lunchtime, the first stars began to appear on the red carpet in front of the Dolby Theater … how a real downpour broke out, causing a pandemonium. Not even a transparent roof overhead could save. At some point, numerous photographers and cameramen came under heavy rain, which, however, did not spoil the impressions of the ceremony. Today in the magazine “Furilia” I’ll show you: the Best Outfits of celebrities on the red carpet of the Oscar

And whose celebrity outfit did you like most on the red carpet? Tell us in the comments!

Close media attention was focused on the main applicant for the Oscar in the category “Best Actress”. On the red carpet, Rene sparkled in an elegant tight-fitting white one-shoulder dress from Armani Prive, succinctly complementing it with a massive David Web ring. Blond hair 50-year-old actress laid in a classic bun.

The 44-year-old actress appeared on the red carpet of the film award in a long black asymmetric dress with a train from Dior Haute Couture. The one-shoulder outfit attracted attention with a high neckline at the front, exposing Charlize’s luxurious legs.

Theron complemented her look with jewelry from the Tiffany and Company jewelry house: a diamond necklace with a pendant worth $ 5 million, earrings ($ 23,300) and rings (total cost $ 64,300). To enter the light, the star invited her mother Gerda, under whose arm and walked along the red carpet.

The 35-year-old actress came to the Oscars, accompanied by her 37-year-old fiancé, star of the Saturday Night Live show, Colin Jost. For the red carpet, Scarlett chose a silver dress on the floor with a corset of shiny threads flowing down the entire length. In this outfit from Oscar de la Renta, Johansson looked like a beautiful goddess, complementing her image with earrings and a bracelet from Forevermark Jewelry worth $ 2.5 million.

The 29-year-old actress, originally from Australia, shone in a black vintage dress with long transparent sleeves from Chanel Haure Couture from the Spring 1994 collection. Margo jewelry was minimized by opting for a massive brooch, engagement ring and diamond ring. Robbie complemented her unusual image with curls in the style of old Hollywood.

Margot Robbie was made up of 45-year-old Penelope Cruz, also dressed in a black dress with a fluffy skirt from Chanel Haute Couture from the Spring 1995 collection. The actress’s chest was decorated with a bow, and a pearl belt at the waist. The stylish image did not require additional jewelry and the actress refused them, as well as from the intricate hairstyle, appearing at the ceremony with straight flowing hair.

READ MORE Holograms Of Late Artists: Why Are They Created And How Does The Public React?

The 33-year-old singer and actress from the UK impressed everyone with her graphic cream-colored, one-shoulder dress from Atelier Versace. The outfit attracted attention not only with a bold neckline, but also with silver accents embroidered with Swarovski stones. Cynthia chose voluminous earrings and rings as jewelry.

The black lace dress with golden embroidery of the 38-year-old actress from Dior Haute Couture from the Spring 2020 collection made a lot of noise on the red carpet of the Oscar ceremony. The fact is that Natalie supplemented him with a long cloak on which the names of women directors were embroidered, which academics did not consider it necessary to make the award nominees. Among them are Lorin Scafaria, Lulu Wang, Greta Gerwig, Mariel Heller, Melina Matsukas, Alma Harel, Celine Syamma and Mati Diop.

The 53-year-old actress is a big fan of the Gucci brand. So for the Oscar ceremony, Salma chose a cream dress on one shoulder with a transparent sleeve from the Italian fashion house. Hayek completed her look with a high hairstyle and textured jewelry from Boucheron. Her exit on the red carpet certainly did not go unnoticed.

ALSO READ Which Beaches You Should Fly To Meet Celebrity

The main applicant for the Oscar in the category “Best Supporting Actress” appeared at the ceremony in a delicate pink dress from Armani. A simple style decorated a black top with laconic tassels. Laura Dern completed the elegant look with soft curls, removed from the face, diamond earrings and a bracelet.

The 49-year-old actress came to the Academy Award one of the first. She stepped on the red carpet in a pink dress on one shoulder from Versace, boasting all the diamond jewelry from Harry Winston jewelry brand present for a total of $ 500,000!

Perhaps the most memorable outfit of the ceremony was the dress of the shocking 50-year-old American actor from designer Giles Deacon. It took several months to create it. A gold top with feathers and a fluffy skirt with elements of Kensington Palace as a print, Billy Porter complemented by high-heeled Jimmy Choo sandals. Well, it seems that not only ladies can come in dresses at the famous film award …

READ MORE Legendary Celebrities Related to Royalty? Who Have Discovered Their Kinship With The Royal Family?