Home Tech Holograms Of Late Artists: Why Are They Created And How Does The Public React? 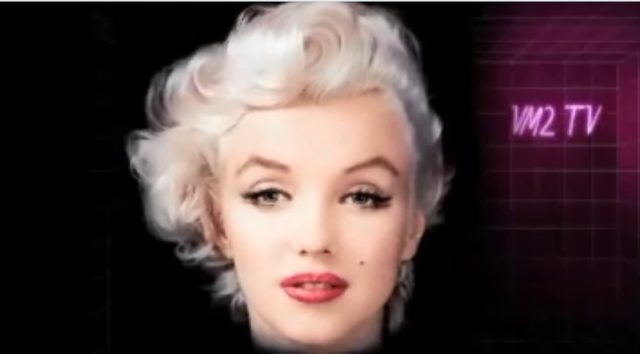 Dreamed of getting to a concert by Amy Winehouse, Whitney Houston or Michael Jackson, but their sudden death put an end to your hopes of seeing your idol? It turns out that for you, not everything is lost! Cunning companies launch holograms of deceased stars on the market, sending them on real world tours. Today in the magazine “Furilia” I will tell you more about this phenomenon.

How to “resurrect” the dead celebrities and why they do it

And also, what do fans of late musicians think about this.

Hologram tour of the late artists and public reaction

In 2019, holograms were performed at once by two world-famous musicians – Frank Zappa and Roy Orbison, who died in 1993 and 1988, respectively. Digital Amy Winehouse, who died in 2011, was supposed to go on tour. It was planned that it will begin in North America and will last 3 years, and the concert will last 2 hours. But at the last moment, the organizers canceled everything, allegedly due to imperfect technologies.

The posthumous tour of the artist was announced at the time by the company BASE Hologram from Las Vegas, which is only about 3 years old. Amy gave her consent to recreate the digital double, her father Mitch, who rightfully owns the entire heritage of the singer. He worked closely with the firm to make sure that the “fake” Winehouse was an exact copy of his daughter. It was expected that all proceeds from the concerts will go to a charity fund created after the death of the artist. It provides assistance to youth dependent on drugs and alcohol.

The news of Amy Winehouse’s concerts excited the minds of her fans. One idea seemed frankly unsuccessful, they say, the singer has already been used enough and she deserves peace. Others were completely delighted with the thought that they would see their idol again on stage, and justified the posthumous tour with the good intentions of its organizers.

Fans of Roy Orbison’s work called the tour a fake and a desire to cash in on the name of the star, arguing that the deceased musician himself could not give consent to such an experiment. As for Frank Zappa, during his lifetime he was actively interested in hologram technology and showed the most genuine interest in them. That’s why his son decided that the singer would not be against such a show.

The announcement of the tour of Whitney Houston, who died in 2012, turned out to be no less scandal. For the creation of its laser copy, the same specialists worked for several years, who released the holograms of Amy Winehouse, Maria Callas and Roy Orbison. The rights to use the images and the name of the deceased star in May 2019 were acquired by Primary Wave. According to Seth Faber, senior vice president of marketing, the singer’s tour will be an incredible sight, because they tried to make the show as authentic as possible.

It is planned that it will begin on January 23, 2020 in Mexico City, and will end on April 3 in Minsk. March 31 concert will be held in Moscow, and April 2 in Kiev. The program will include songs by The Greatest Love of All, I Wanna Dance with Somebody and others. Connoisseurs of Whitney Houston have dubbed the posthumous tour an exploitative, disgusting, soulless idea. They demand to ban the performances of the deceased singer and leave her alone, since using her image after death is immoral.

It is worth noting that previously the hologram of Whitney Houston has already appeared on the scene. At the Voice show in 2016, Christina Aguilera performed the singer’s song I Have Nothing, during which the late artist “joined” her.

How it all started

A big surprise for fans of Tupac Shakur was his “appearance” at the Coachella festival in 2012. Then the rapper “joined” the number Dr. Dre and Snoop Dogg. Moreover, it was not even a hologram, but a play of light, created by Digital Domain. An artificial copy of Shakur was reproduced using the theater technique “Pepper’s Ghost”, which is already more than 150 years old.

In 1862, the English scientist John Henry Pepper showed a trick with a hidden room, separated from the main room by plastic or glass. By lowering the level of lighting in the main room and increasing it in a secret room, he highlighted an object that began to be reflected in the glass. That’s why critics smashed Tupac’s speech to pieces, calling it low-tech. But since then, methods of detailing 3D forms, copying facial expressions and manner of speech of artists have taken a serious step forward in their development.

In 1995, German inventor Uwe Maass patented a plastic film that replaced glass and used HD video. And today, thanks to LED projectors, 4K cameras (and soon 8K), as well as an ultra-thin projection film, it is possible to get the most “live” holograms. According to David Nussbaum, vice president of production, Hologram USA, using the camera in the highest resolution and the right light allows the viewer to believe that the late artist is actually present in the hall.

In addition, plastic had serious flaws. So, he vibrated from the noise of the orchestra or band accompanying the performance, because of which the hologram was blurred and the image was distorted. The music itself was muffled due to a sheet of plastic, but today you can forget about a similar problem. BASE has its own technology for creating celebrity holograms. They are looking for actors similar to the late stars who help recreate their image and body base. And since the faces of the deceased artists were not scanned during life, this decision turned out to be advantageous.

Hologram technology is evolving almost daily. Computer visualization of the face has reached such a level that you can even see how light is reflected from the skin. In private research laboratories, 3D models of human faces are created on the basis of one single high-quality sample. Thanks to chatbots modeled by artificial intelligence, laser doubles of artists can talk during their performances. For this, material with records of dead stars is collected and processed.

According to Nussbaum, the future is with holograms, and this concerns not only concerts. They will become a new form of information and entertainment, giving humanity a well-developed media technology. Everything goes to the fact that in the future people will communicate through holography and satellite communications. By the way, living celebrities are also interested in holograms. So they can give concerts around the world, literally without leaving home. The pioneer was the indie rock band Broken Social Scene from Canada, which in 2013 performed in three cities simultaneously. In the near future, holography may become a safe and convenient way to conduct events.

Legal issues and the most iconic duets of dead stars

In addition to the technical side of the “resurrection” of celebrities, there is also a legal one. Holograms of dead people cannot be recreated without their photos and videos, the rights to which belong to their relatives or proxies. Companies must obtain a license from publishers and studios to use appearance, music, and other celebrity materials. And also collect the signatures of those who are custodians of heritage.

The biggest legal dispute occurred in 2012. Then the company, which owns the rights to the image of Marilyn Monroe, sued Digicon Media – the company that created the virtual actress, who lived and worked in cyberspace. The latter failed to prove anything, and it abandoned the idea of ​​exploiting the image of Marilyn in the future. Even more difficult to obtain the right to publicity. In order to broadcast a hologram in front of the public, you need to draw up an agreement with all interested parties, since the matter concerns copyright and privacy.

Nowadays surviving artists are not averse to singing a duet with their deceased idols. So, in 2018, Justin Timberlake angered Prince fans by using his hologram in his speech for SuperBowl. The fact is that Prince himself disliked the former N’Sync soloist, and also opposed digital counterparts. Once he was offered to sing on stage with Duke Ellington, to which the singer said that this is the most demonic thing in the world that you can imagine.

“Everything happens as it should be. If I needed to work with Ellington, we would live with him in the same era. There is something demonic in virtual reality. I’m not a demon. ”- Prince ©

There are other examples of the performance of living stars with the dead. In 2008, at the Grammy ceremony, Alisha Keys sang a duet with Frank Sinatra. A year later, during American Idol on stage, Celine Dion “joined” Elvis Presley.  Whether this industry will develop further or sink into oblivion – only time will tell. In the meantime, tell us in the comments what you think about such shows!