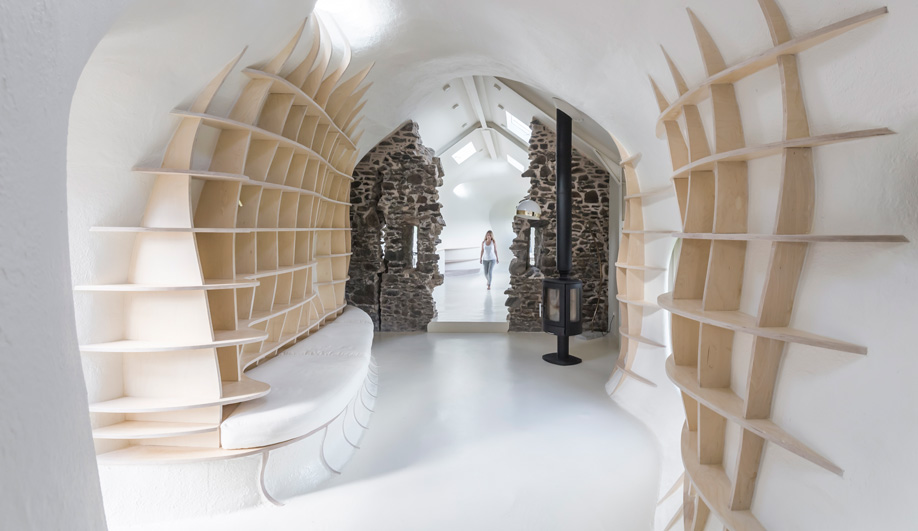 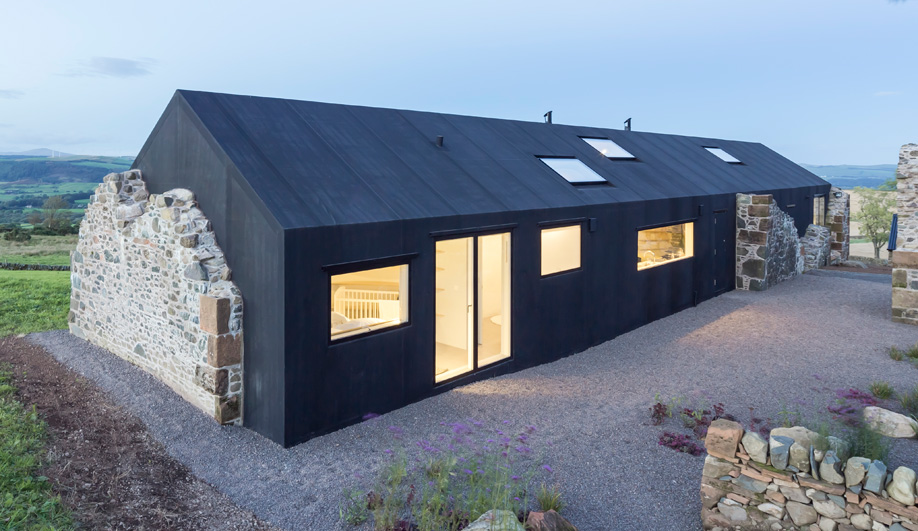 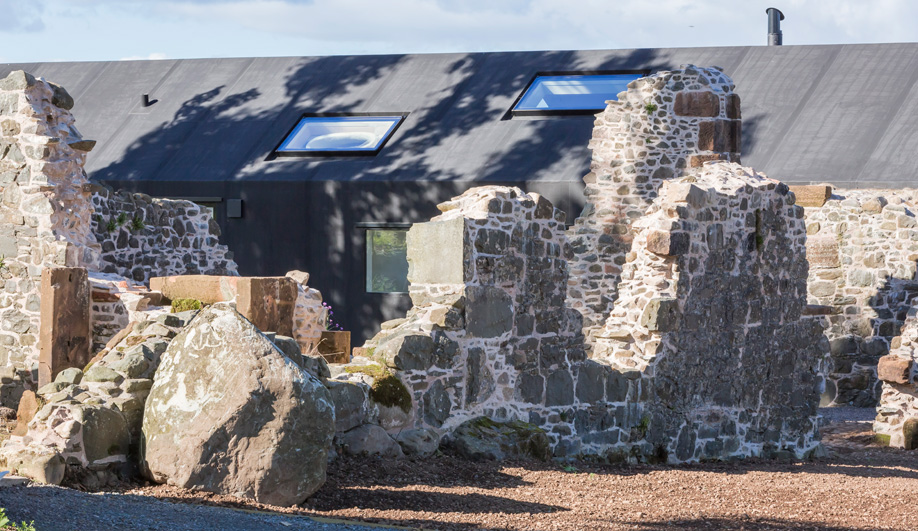 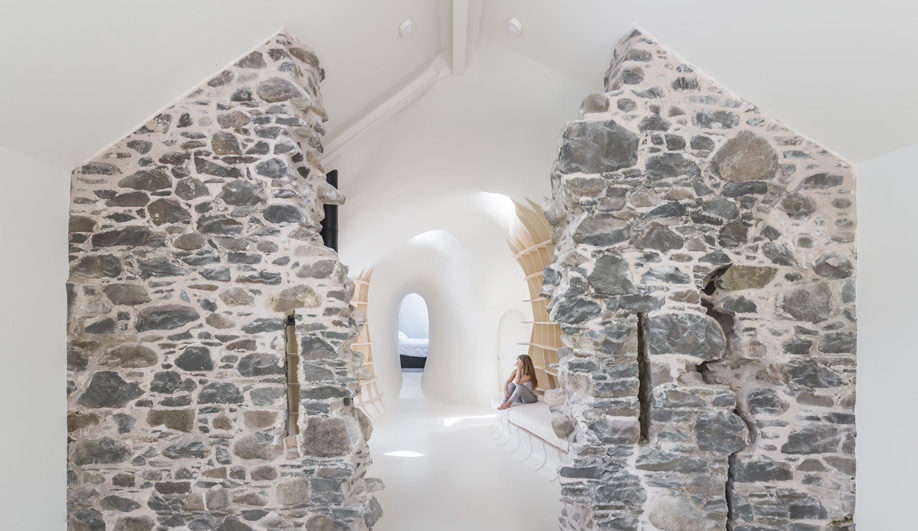 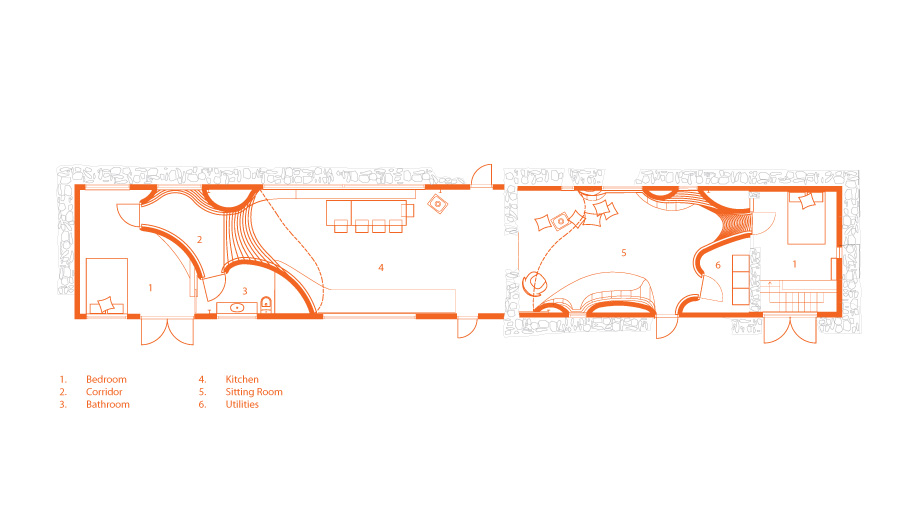 The stone remains of a barn in Scotland become an unlikely foundation for a house that is all about white walls and sinuous curves.

The first picture that springs to mind when imagining a remote retreat in the wilds of rural Scotland, might be along the lines of a bare and barren bothy hunkered down against the prevailing winds. Nothing could be further from that idea than Ruins Studio, the result of an architectural odyssey undertaken by Lily Jencks Studio and the London designer’s regular collaborator Nathanael Dorent of Paris.

This private house, set on a high ridge in Dumfriesshire’s Southern Uplands, and with views stretching more than 80 kilometres down two valleys, is not only conceived as a super-insulated, solar panelled, near-passive house, but also features interiors that are both sumptuous and sensuous. 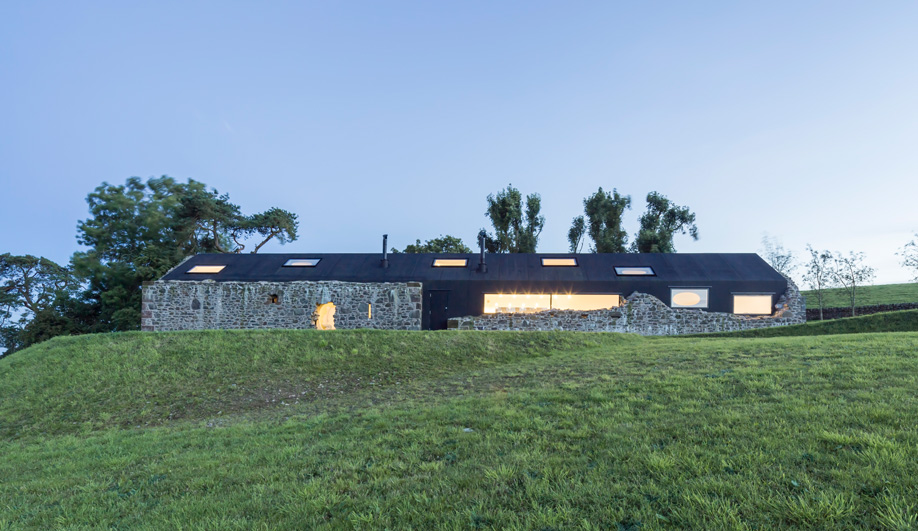 The project began its life as farmhouse ruins. “People have been living on the site since the 1720s,” explains Jencks, who prior to starting her own practice, honed her interest in less conventional forms of building by working at the offices of OMA in Rotterdam and Gehry Partners in Los Angeles. “Different parts of the site were built at various times. Some of the stone ruins were quite grand while others were used to house cattle. We wanted our design to be a continuation of this history, to add to that layering.” 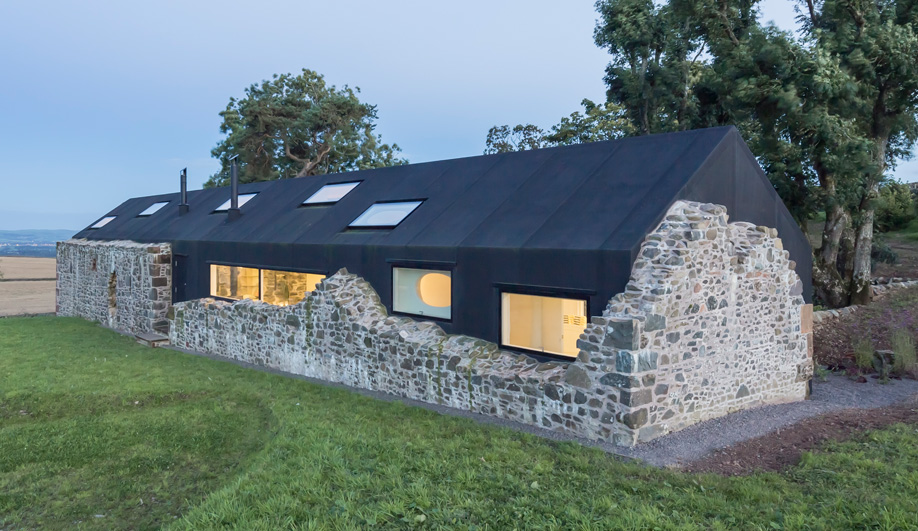 As a result, Ruins Studio is embedded within the existing ruin walls, which form the outer skin of the new building. Within it sits a pitched-roof envelope clad in black, waterproof EPDM rubber. Inside that is a curvilinear “tube” wall system made of insulating polystyrene blocks within a gridded wooden structure and covered with fibreglass.

The choice of materials was a deliberate decision to preserve history without recreating it, according to Jencks. “The matte rubber actually makes the building blend into the landscape, giving the ruins more power, I think. We didn’t want to compete with them by also building in stone. Instead, we created this dynamic juxtaposition.” 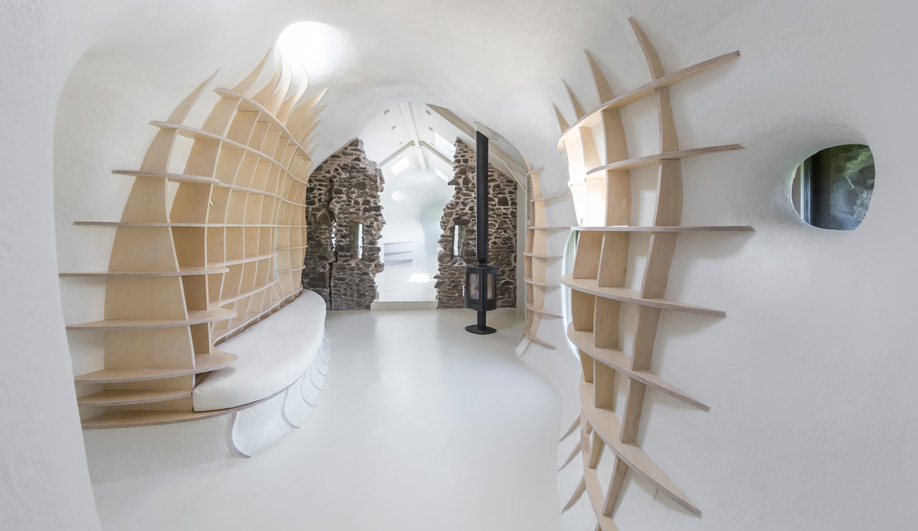 In some areas the structural framework is left exposed to create usable bookcases and storage.

In counterpoint to the exterior angles, the interior features curvilinear forms that snake through the single-storey volume from gable to gable, morphing into bookcases, windows and doorways along the way. The curves take their cue, in part, from the surrounding landscape. “The hills are quite undulating,” says Jencks, “so there’s a relationship between the walls and these beautiful elevations.” 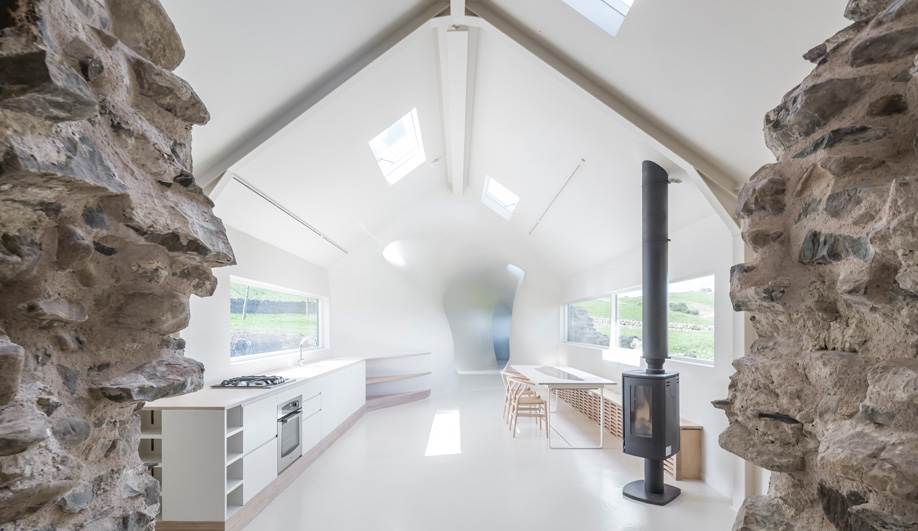 The undulating walls and skylights are a poetic complement to the original stone foundations.

Seen in person, the contrast between inside and out is dramatic. “As soon as you open the door you are in this incredibly bright space,” Jencks notes. The light that comes through the skylight bounces off the walls in a way I’ve never experienced before… and that becomes a way of indirectly exploring the landscape.” 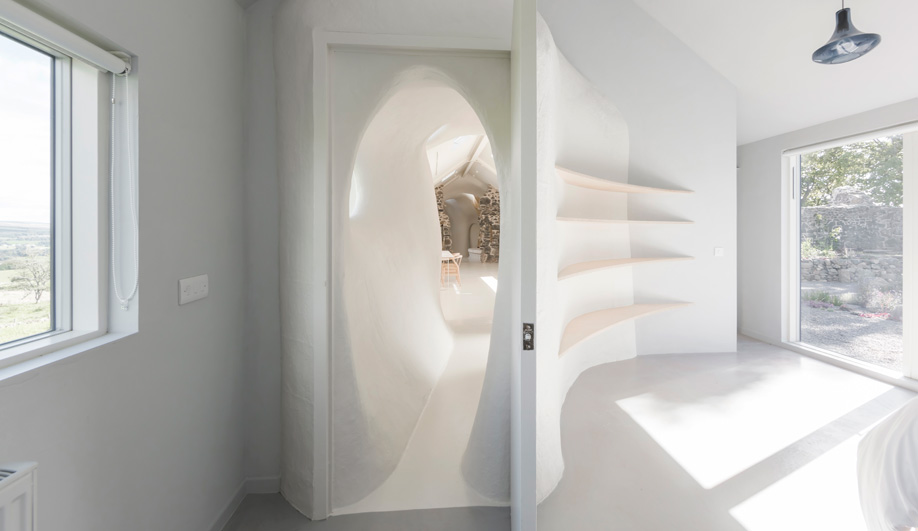 Bedrooms at either end of the house are accessed via narrow passageways that lead to the kitchen and sitting room.

To realize the interior, extensive research was required at the design stage, with lots of model building, says Dorent. “The framing had to be constructed in parts then assembled on-site. But the result is that the main living spaces actually appear larger than they really are. The curves, and the way the light hits them, seem to create this illusion.” 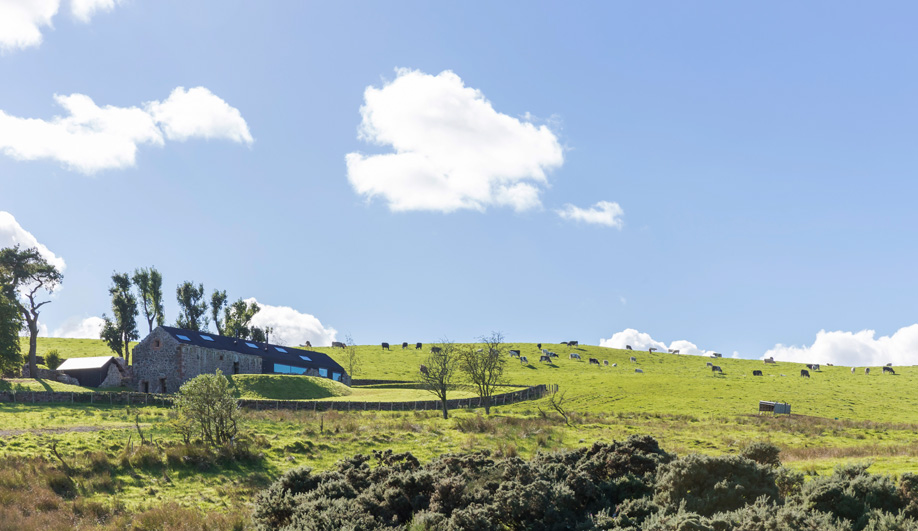 The bottom line, though, is how well the space functions as a family home. “It’s a retreat, a place to get away from it all,” says Jencks. “It’s also about framing the landscape, and that can really be felt when you’re there.”