Home Tech Sofia And The Most Amazing Robots Created by Man 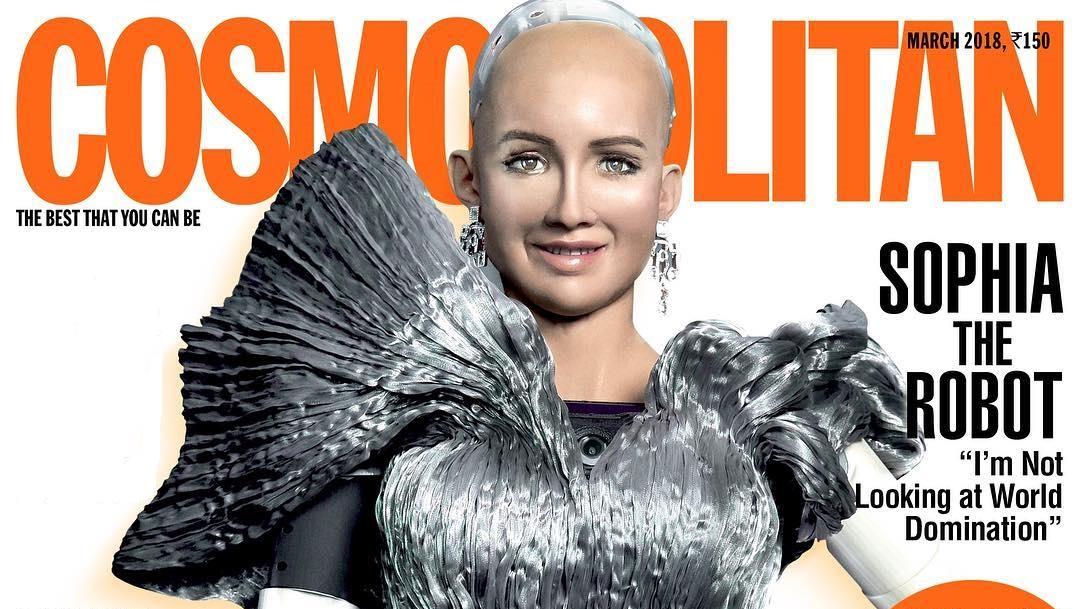 Sofia And The Most Amazing Robots Created by Man

“Smart” devices have long entered our lives and managed to become part of everyday life. Smartphones, clocks with artificial intelligence and home-made robotic vacuum cleaners will not surprise anyone. But in recent years, engineers and programmers have managed to create several machines whose capabilities are really impressive.

The most amazing robots created in recent years

These cars seemed to have gone from the pages of science fiction books. Just yesterday, their creation seemed impossible, but scientists believe that tomorrow they will enter our usual life. And, perhaps, we will be replaced  in some way.

Throughout 2018, the media made noise about her. This android is very reminiscent of the main character of the movie “From the Machine” Avu – a robot with human intelligence and even human feelings. Sofia gives interviews to the press, shares her plans and dreams with reporters, generates answers to tricky questions on the go, and even jokes. So, for example, when answering the question of whether robots have consciousness, she replied, “How do you know that you are not a robot, but a human being”? In conversations with the press, the “girl” even shared her secret desires – she wants to have a full human body, have fun and even go to bars.

Sofia was created by David Hanson in the image of actress Audrey Hepburn (the android visually looks very much like the famous movie star). Today it is considered not only the most advanced, but also the most social robot. At the end of 2018, she became the first non-living creature to receive the citizenship of a country (Saudi Arabia). By the way, this was the reason for the scandal, because Sofia, who had the appearance of a woman, came to the passport issuing ceremony without a hijab, which caused outrage among many members of the local community.

Police cops do not seem so far from reality fiction. After all, not so long ago, experts from the Middle Kingdom created the world’s first robot that received a medical license. The machine, endowed with artificial intelligence, scored 456 points (out of the required 360) during the state exam, showing a very high result and good knowledge in the field of human treatment.

Now the developers of the robotic physician say that he cannot consult patients on his own – for this it is too early. But he can be an excellent assistant to a human doctor, analyzing the data and helping to make the most accurate diagnosis.

READ ALSO Being naked in front of a robot? This AI Robot Just Wants to Help You Get Dressed.

The peculiarity of these machines is that they maintain their “vital activity” under water. Their appearance is impressive: the cars look like awesome underwater snakes. A flexible mobile device is designed to perform complex underwater operations, such as repair of underwater pipelines, oil rigs, research operations. The “bodies” of the Norwegian Eelume are equipped with cameras (they can be the “eyes” of scientists on the ocean floor) and can be equipped with any devices necessary to perform certain tasks. By the way, robots can “dwell” right at the bottom of the sea or ocean, in a special docking station – they don’t even need to climb to the surface for scheduled maintenance.

This is a machine that anyone can buy now. However, upon purchase, it will not be of any interest. The fact is that Ohbot is a “clean slate” – initially it knows almost nothing. But a happy owner with minimal programming skills will be able to make anyone out of him – a housework, a dance instructor, a language teacher. There are no devices with a similar machine learning algorithm in the world yet.

Pet robots have almost become a popular trend. Still would! They do not provoke allergies, are clean, always obedient and friendly. Therefore, Chinese and American developers are “stamping” them in greater numbers and in a larger assortment. However, Vector is a special “dog.” He reacts not only to voice commands, but also to movements and touches. That is, he may well wag his tail in response to stroking. Today Vector is the most realistic robotic dog.

As you can see, robotics does not stand still. Annual exhibitions surprise with new developments that can significantly facilitate a person’s life. Indeed, among modern androids there are home helpers, assistants for people with disabilities, and automated teachers. In 2020, a museum of unusual robots should even appear in Korea. And build it, too … robots. So it’s time to start believing in science fiction and, possibly, changing a profession. Indeed, according to scientists, about 30% of professions will simply disappear in the coming years – people will be replaced by cars.