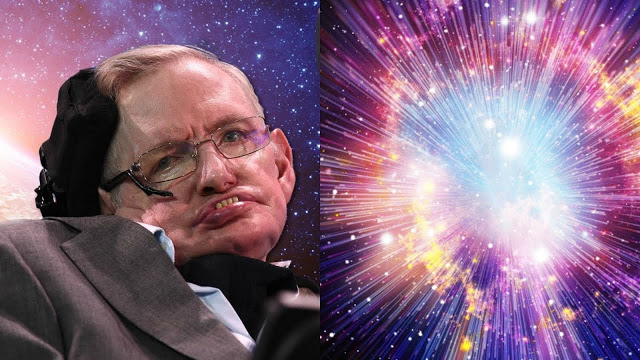 Stephen Hawking Says He Knows What Happened Before the Big Bang

At the time of the Big Bang, all the matter in the universe was smooshed into an incredibly hot, infinitely dense speck of matter.

But what happened before that? It turns out, famed physicist Stephen Hawking has an answer, which he gave in an interview with his almost-as-famous fellow scientist, Neil deGrasse Tyson. Hawking discusses these ideas and others on the series finale of Tyson’s “StarTalk” TV show, which airs this Sunday (March 4) at 11 p.m. ET on the National Geographic Channel.

Hawking’s answer to the question “What was there before there was anything?” relies on a theory known as the “no-boundary proposal.”

“The boundary condition of the universe … is that it has no boundary,” Hawking told Tyson, according to Popular Science.

To understand the theory better, grab your universal remote (that is, your remote that controls the universe), and hit Rewind. As scientists know now, the universe is constantly expanding. As you move backward in time, then, the universe contracts. Rewind far enough (about 13.8 billion years), and the entire universe shrinks to the size of a single atom, Hawking said.

This subatomic ball of everything is known as the singularity (not to be confused with the technological singularity during which artificial intelligence will overtake humans). Inside this extremely small, massively dense speck of heat and energy, the laws of physics and time as we know them cease to function. Put another way, time as we understand it literally did not exist before the universe started to expand. Rather, the arrow of time shrinks infinitely as the universe becomes smaller and smaller, never reaching a clear starting point.

According to TechTimes, Hawking says during the show that before the Big Bang, time was bent — “It was always reaching closer to nothing but didn’t become nothing,” according to the article. Essentially, “there was never a Big Bang that produced something from nothing. It just seemed that way from mankind’s point of perspective.”

This isn’t the first time Hawking has discussed this theory. He previously delivered lectures on the topic and starred in a free documentary about it, available on YouTube. Tune into StarTalk on Sunday to hear Tyson and Hawking delve deeper on the subject, as well whether Isaac Newton would be more excited to learn about black holes or Tinder.