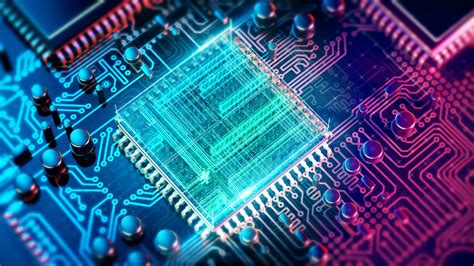 That’s why VentureBeat decided to take a look at what kinds of AI startups are forming in an area that venture capitalists have traditionally overlooked — the Midwest — and what problems they’re trying to tackle. Using data from research firms CB Insights and Crunchbase, VentureBeat looked for Midwestern startups with unique machine learning or artificial intelligence platforms that have raised significant amounts of venture capital. We also spoke with two Midwestern venture capitalists about which startups are worth watching.

“The real benefit of artificial intelligence is the application to traditional problems and products that the world needs, and the really successful companies have that domain knowledge that they can understand how to apply this technology,” Olsen told VentureBeat in a phone interview. “We see more of those domain experts in these industries [with] massive chunks of GDP that exist here in the Midwest.”

One disadvantage that AI startups in the Midwest face is that the area has less talent capable of building AI systems. Gene Munster, the managing partner at Minneapolis‘ Loup Ventures, which invests in AI and VR among other pioneering technologies, estimates that the Midwest has an access to “one tenth” of the AI talent that Silicon Valley does.

In our analysis, VentureBeat found that many of the Midwest’s promising AI startups were born of the city’s universities, or have ties to its historically dominant industries, giving a clue to what other types of startups the Midwest could give rise to.

One of the fastest-growing AI startups in the Windy City right now is Uptake, the latest in a string of companies from Groupon cofounders Brad Keywell and Eric Lekofsky. With  $264 million in venture capital funding, Uptake’s algorithms help its enterprise customers collect and analyze sensor data on industrial machinery and equipment.

There’s also Narrative Science, which has raised $43 million in funding. Born out of a Northwestern University student’s class project, Narrative Science has developed a Natural Language Generation platform to generate written insights, that can be used to assemble material like client reports and marketing copy, in the tone and style of the customer’s business.

Another notable startup is car insurance startup Clearcover, which has raised $11.5 million in funding. Clearcover has developed an algorithm that helps the company advertise to potential customers during what it calls,  “moments that matter” — when a consumer is shopping for a car, or trying to save money on their finances. To do so, Clearcover integrates its API with insurance comparison sites, personal finance apps, and other partner websites.

Civis Analytics, a data science startup, has garnered national attention as it’s led by the former chief analytics officer for President Barack Obama’s 2012 reelection campaign, and counts Eric Schmidt as an investor. Civis Analytics, whose clients include Airbnb, Verizon, and Robinhood, has developed a subscription cloud-based data science environment in which data scientists can consolidate data, analyze it, and build predictive models. Civis Analytics closed a $22 million round in November 2016.

Lastly, there’s Catalytic, which has raised about $16.7 million in funding. Catalytic’s AI powered software advertises the ability to automate over 100 common workplace tasks, such as working with spreadsheets and filling out forms. Catalytic also integrates with software like Salesforce, Dropbox, and Workday.

Two of the St. Louis startups dabbling in machine learning that seemed to have gained the most traction are ones with ties to local research institutions. There’s Cofactor Genomics, founder by three former Human Genome Project scientists who worked out of Washington University in St. Louis. An alumni of YCombinator’s Summer 2015 batch, Cofactor Genomics has built a platform that uses RNA biomarkers to predict drug response and monitor disease — it then uses machine learning to tie cell types, diseases, and treatments, to an encyclopedia of RNA fingerprints. The company has raised about $21 million total in venture capital.

Benson Hill Biosystems is based on research that came out of St. Louis’ Donald Danforth Plant Science Center. The company has developed a crop design platform called CropOS that uses machine learning to help agriculture companies identify which seeds will produce the desired traits, such as increase in yield or increase in a certain nutrient, in a crop. Founded in 2012, the company has raised $35 million in funding.

Another up-and-comer is Jane.ai, founded by the former CEO of Answers.com, which recently raised an $8.4 million round of funding. Jane.ai is another chatbot for businesses that sifts through data from cloud storage providers, emails, and other data files to help employees more easily access company information.

Ann Arbor’s University of Michigan has played an instrumental role in the growth of several AI startups in the state of Michigan. Trove, which has developed a platform that scans users’ emails to provide them with insights about their professional network, has worked with a pair of research teams at the University of Michigan, the company previously told VentureBeat.

There’s also Clinc, founded by University of Michigan professors, which specializes in conversational AI. One of the products Clinc has developed is a voice-activated intelligence assistant called Finie, which integrates with certain banks’ mobile applications, allowing customers to ask questions like where the nearest ATM is, and receive a natural language answer.

Trove, Clinc, and May Mobility, have raised approximately $11 million, $7.8 million, and $11.6 million in funding, respectively.

Like Clearcover, Columbus’ Root Insurance, is using artificial intelligence to try and sell cheaper car insurance. Root, which recently raised a $51 million series C, has developed an algorithm that uses sensor data from a person’s phone to determine things like how quickly they drive around a corner, or how much they tailgate, and then uses that to generate a quote for a customer.

Columbus is also home to CrossChx, a healthcare startup armed with about $40 million in funding that has developed an AI bot called Olive. Olive helps healthcare companies complete tedious administrative healthcare tasks. Lastly, there’s Nexosis, which has created a machine learning API for developers, and has raised about $7 million in venture capital funding.

Though his firm Loup Ventures is based there, Munster said that he hasn’t invested in any Minneapolis AI startups yet. But he highlighted two promising ones to VentureBeat — Equals 3 and Rambl (formerly known as Aftercode), which have raised about $7 million and $2 million in venture capital funding respectively, according to Crunchbase.

Equals 3 has developed an AI-powered marketing assistant called Lucy. Lucy scans client and industry reports to make suggestions to marketers on where to spend their money. Rambl’s AI-powered assistant targets sales professionals, promoting the ability to analyze sales calls and suggest follow-up actions — like when to schedule another meeting, or whether professionals should spend more time listening during their next call.