Home Health Tori Spelling Reportedly Had a ‘Mental Breakdown’ — But What Does That Really Mean? 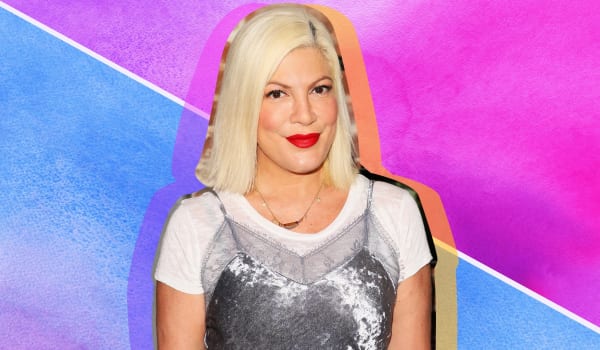 Tori Spelling Reportedly Had a ‘Mental Breakdown’ — But What Does That Really Mean?

We hear the terms “mental breakdown” and “nervous breakdown” a lot on the news, especially when it comes to celebrities — most recently with Tori Spelling. Either version is a vague, nonclinical term used to describe periods of time of extreme mental turmoil that causes great distress for a person, but what exactly does it entail?

To clarify, referring to a mental health episode as a “breakdown” — either “mental” or “nervous” — is not acceptable in clinical practice. It is not included in the Diagnostic and Statistical Manual, nor is it used by mental health professionals. So why do people use “breakdown” so frequently?

According to Remi Alli, an expert in medical law and CEO of Brāv Online Conflict Management, many still use this term because “people would always prefer to have a physical (nerves) problem than a psychological or psychiatric problem.” This makes sense: While we’re making great strides toward a great understanding of mental health conditions, it can still be difficult for some to grasp the concept, so using language that everyone can picture and relate to — a physical breakdown — may be what they need to articulate what is happening.

More: Talking About Depression Is Good — Investing in Mental Health Is Better

Dr. Nicole Washington, a psychiatrist and founder and chief medical officer of Elocin Psychiatric Services, tells SheKnows, “The terms mental breakdown and nervous breakdown are essentially left to be defined by the person who is experiencing them, and it may differ depending upon the person.” In other words, there is no specific set of symptoms or checklist for determining whether a person is having a breakdown.

However, some of the symptoms associated with what people refer to as a “breakdown” can range from severe anxiety, depression, panic, weight loss, insomnia or too much sleeping, breathing difficulty, rapid heart rate, paranoia, hallucinations and extreme withdrawal from social life and dissociation, according to Dr. Jagdish Khubchandani, a professor and researcher who specializes in public mental health and health promotion at Ball State University.

“Symptoms and causes vary by individual case or person,” he tells SheKnows. “Helping people with such symptoms should be a high priority to prevent extreme consequences such as suicide and other very aggressive/violent behaviors. Fortunately, there are plenty of treatment options if individuals can access or get timely help.”

In short, Alli describes a breakdown as a “system overload.” If someone is already living with a mental health condition like anxiety or depression, a triggering event — like a death or major life or relationship change — could push that person toward what we think of as a breakdown.

Similarly, Khubchandani says, these episodes are a result of chronically accumulated stress where an individual reaches a stage when they cannot cope and feel out of control — for example, severe and ongoing stressful life events, constant sleep deprivation, exhausting work schedules and financial pressures.

“Celebrities could easily be a victim due to high risk,” he explains. “Tori Spelling is a classic case of a high-profile person who has been struggling since the past several months with a variety of stressors of various types (e.g., legal, financial, etc.).”

If you seek out assistance from a mental health professional, Washington recommends reporting the exact symptoms you are experiencing in order to give them a better understanding of what is going on and how they can help. Some of those symptoms include depression, extreme sadness, anxiety and restlessness.

“Though these terms are vague, they typically represent a state of significant distress and should be evaluated immediately to ensure that there aren’t any severe symptoms present, such as thoughts of suicide or self-harm,” Washington adds.

It is also important to note that despite the fact that “breakdown” isn’t an official psychiatric term, it does not make what a person is feeling or experiencing during a period of extreme stress any less real or valid, Khubchandani explains. Sometimes, it may be the only words they have to express how they are feeling and an imperative part of them getting the help necessary.

If you’re considering suicide or fear you may become suicidal, please call the National Suicide Prevention Lifeline 24-7 at 1-800-273-TALK (8255). If you’re worried about someone you love, visit SuicidePreventionLifeline.org.