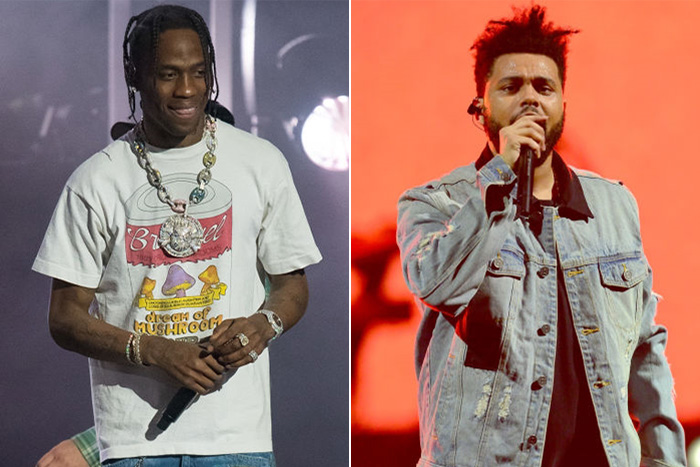 Going on a year-and-a-half since The Weeknd released his chart-topping album Starboy, it seems like the XO boss is ready to unleash the follow-up.

On Friday (March 2), Travis Scott took to Twitter to reveal that he’s heard Abel Tesfaye’s newest album, and that it reminds him of his early work. “Abel new album is scray,” he tweeted. “It’s like when I first heard him for the first time. Fuckkkkkk !!!!!”

Abel new album is scray. It’s like when I first heard him for the first time. Fuckkkkkk !!!!!

Travis and Abel are no strangers to collaborations. They toured together on 2015’s “The Madness Fall Tour” and recorded a pair of tracks, “Pray 4 Love” and “Wonderful.”

It’s unclear when The Weeknd plans to release his new album, but he is set to headline Coachella in April, so a spring release would coincide with the festival.

In January, he won the Best Urban Contemporary Album Grammy for Starboy, which spawned hits like the title track, “Reminder,” and the Daft Punk-assisted “I Feel It Coming.”

For his part, Scott is prepping AstroWorld, the follow-up to Birds in the Trap Sing McKnight. Reports indicate that the new album will be influenced by fatherhood following the birth of his daughter Stormi.