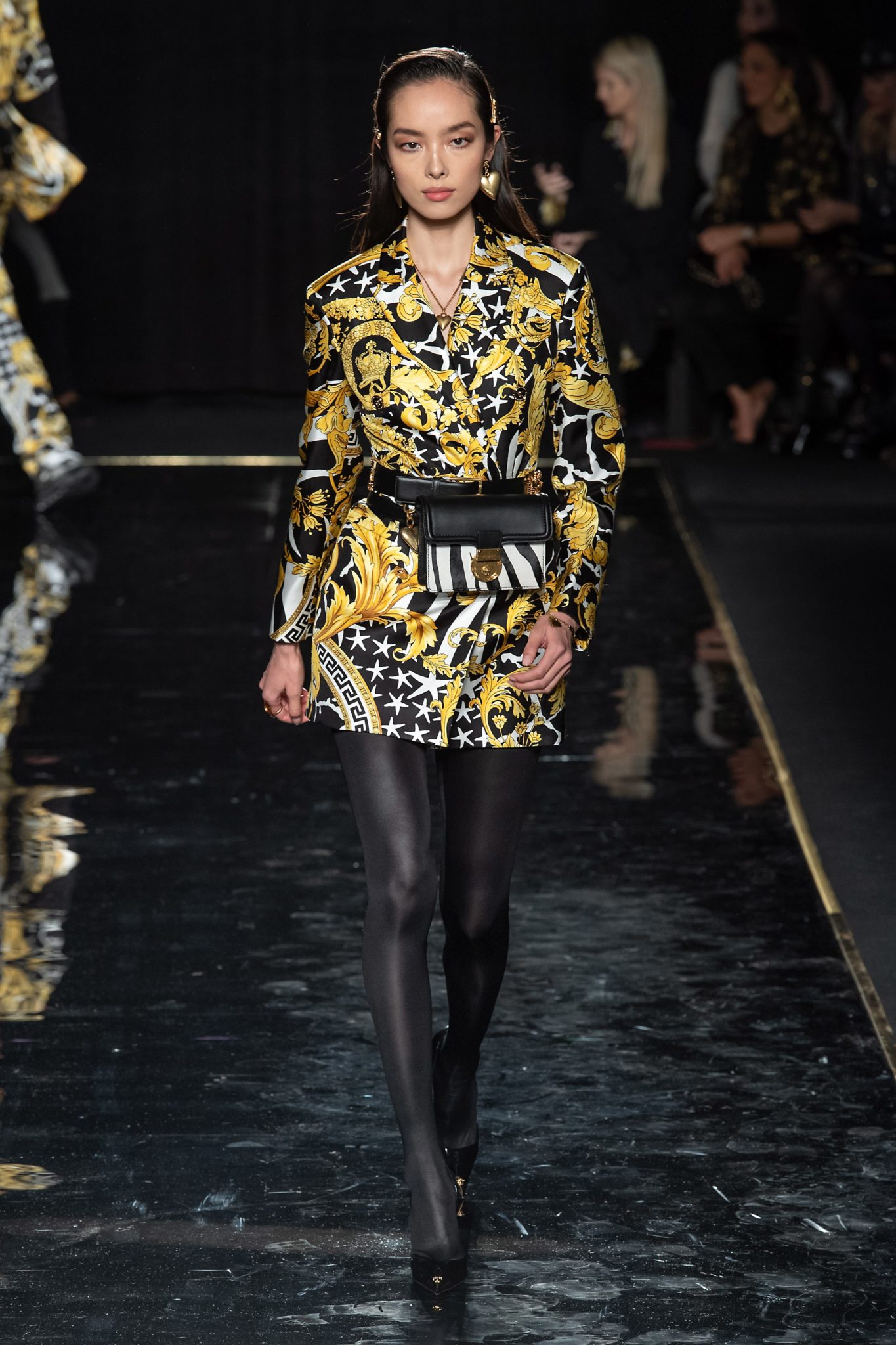 Versace Pre-Fall 2019 show at the Stock Exchange in Downtown Manhattan.

Hi, Bombers and Bombshells!
This weekend was pretty busy! Of course on Saturday we had Convos with Claire, and after CWC, I saw Michelle Obama discuss her book Becoming at Barclay’s in Brooklyn! On Sunday, I was juiced to attend the Versace Pre-Fall 2019 show at the Stock Exchange in Downtown Manhattan. 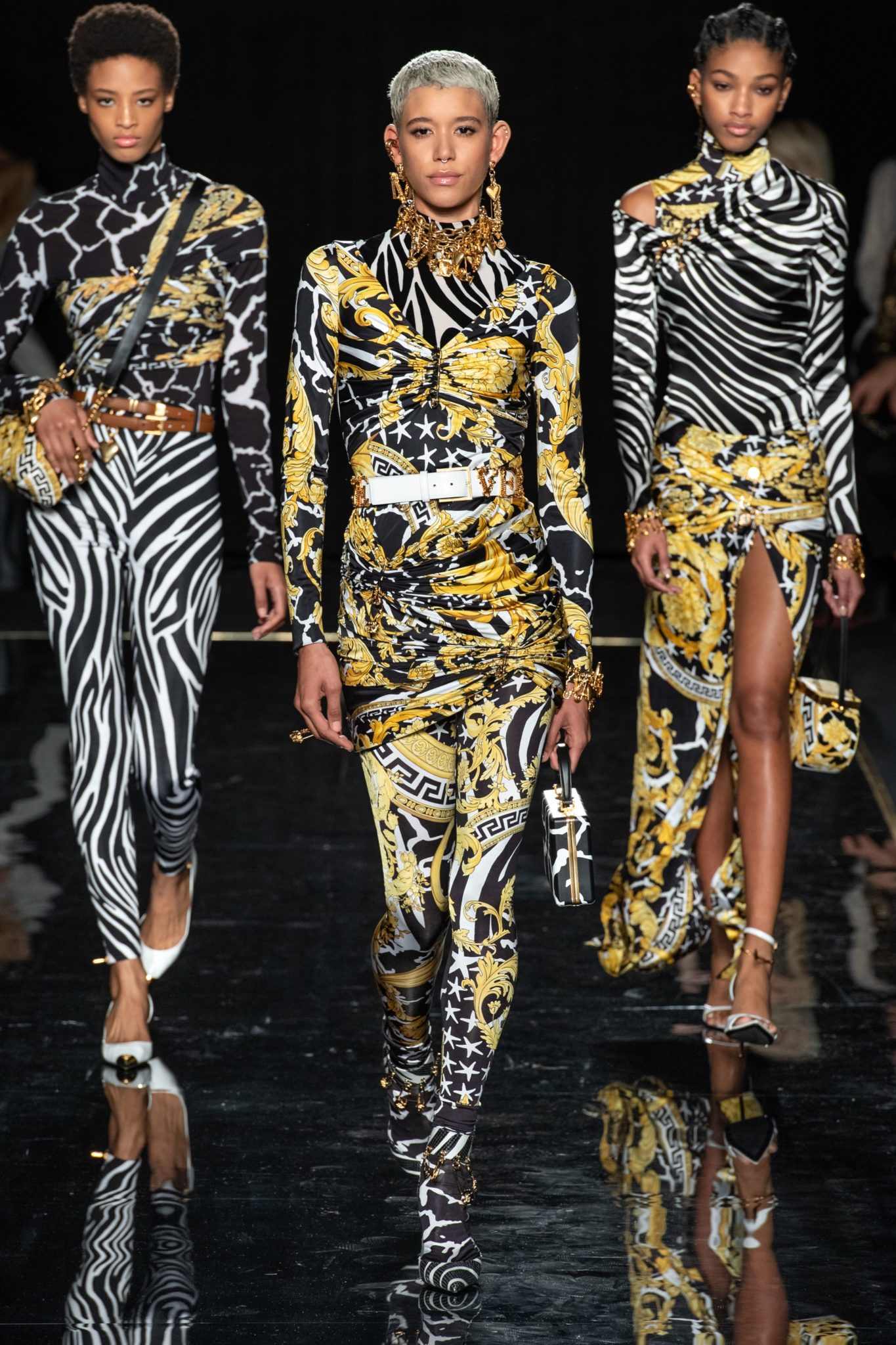 As soon as I entered the room, I was transfixed by a large black reflective runway, flanked by handsome Versace Tee clad bodyguards. A golden replica of Lady Liberty’s torch bearing hand jutted out from the middle of the floor–a reference no doubt to New Yorker Michael Kors’s recent acquisition of the Italian brand. 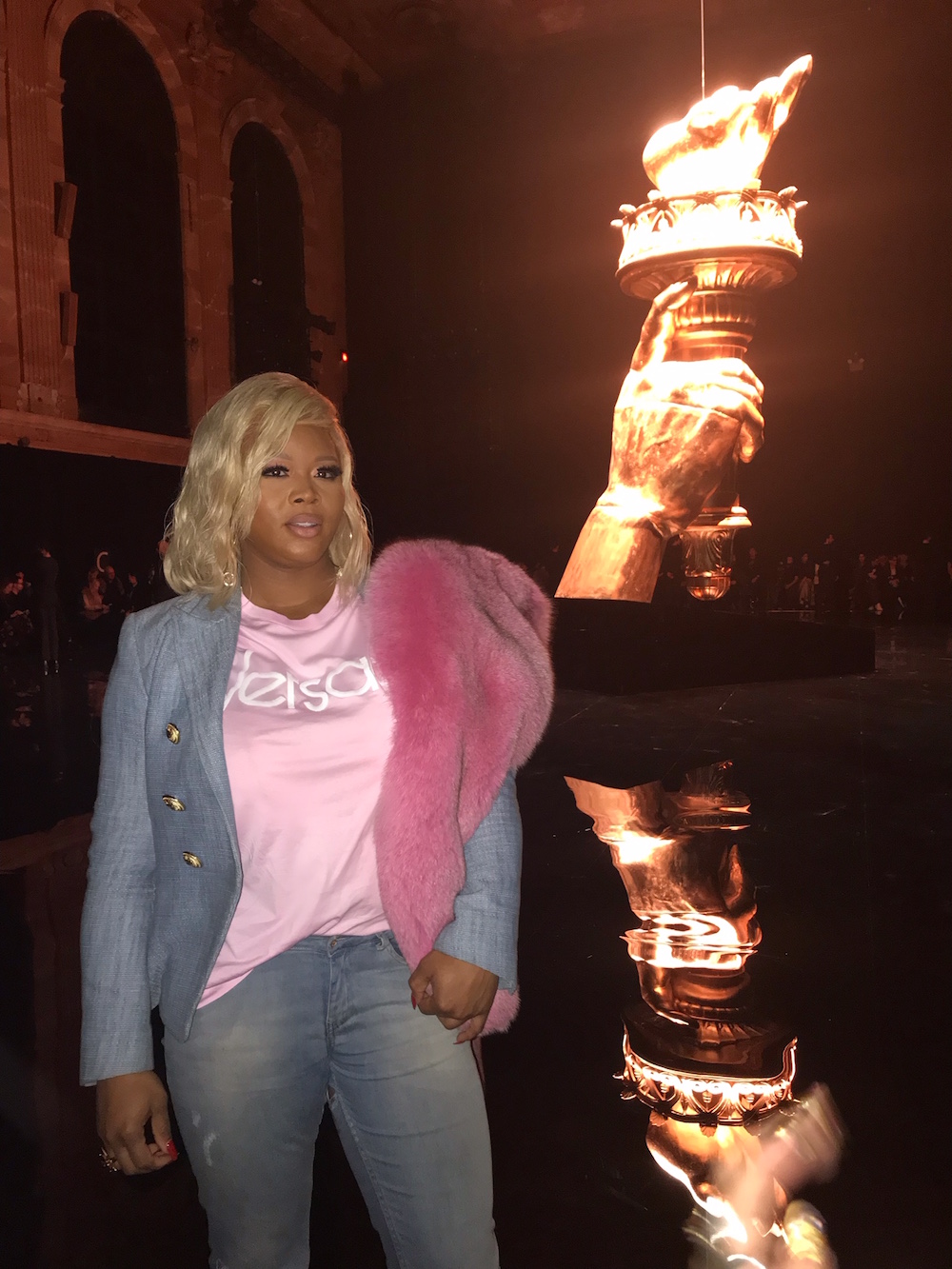 The piece of art signaled a shift, that trickled over into the 57 piece showing for the night: a mixture of traditional Versace baroque prints with more American sportswear pieces. Kors like animal prints, slick patent leather jackets, and trench coats shared the stage with the swirly patterns for which the house is known, cleverly updated to include American flag-like stars and stripes. 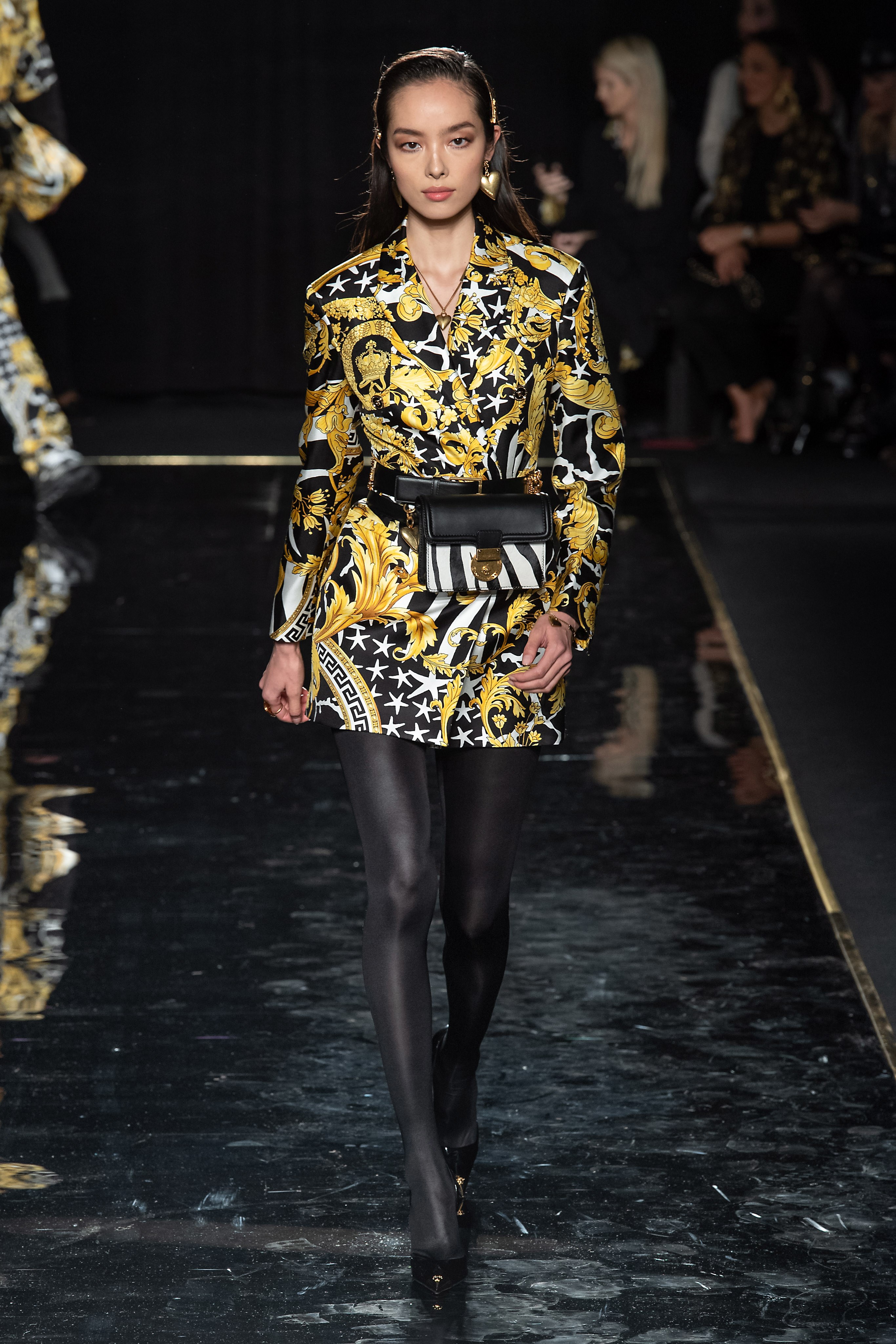 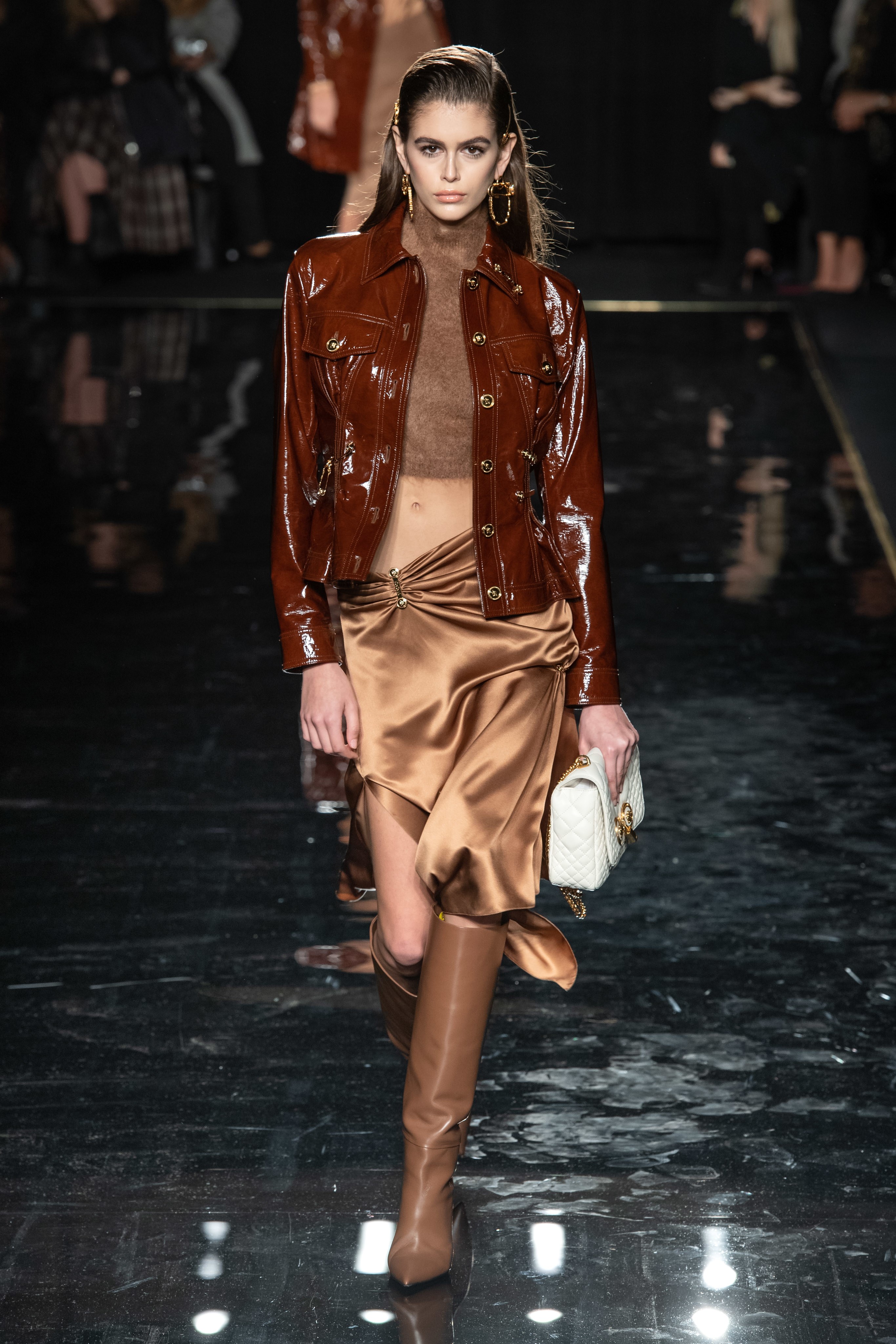 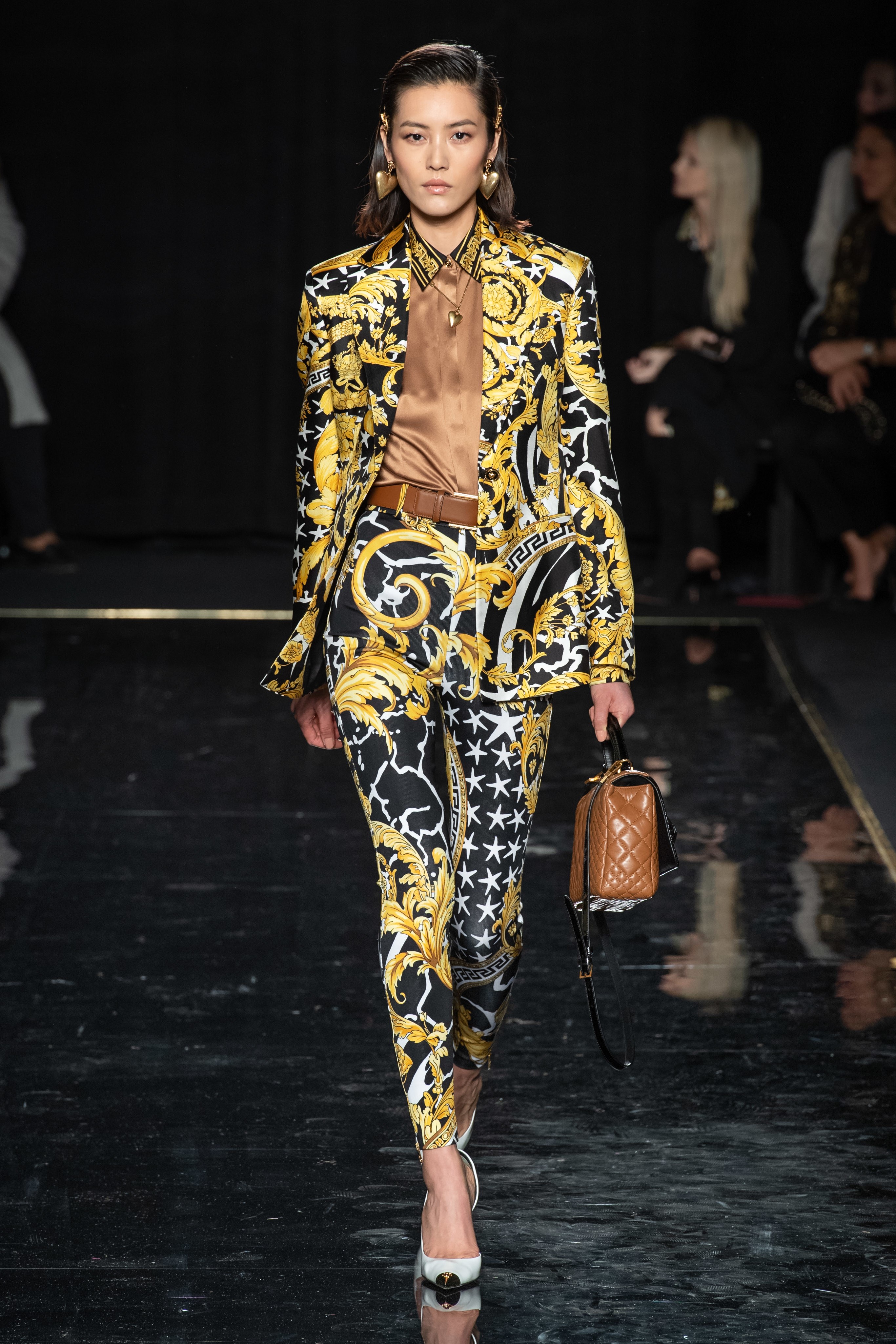 Donatella Versace has been dipping into the house’s archives for quite a few seasons, and this season was no exception. Safety pin embellishments and shiny ‘Medusa’ buttons were on the menu, and showed up in various iterations whether an LBD, blazer, or skirt. 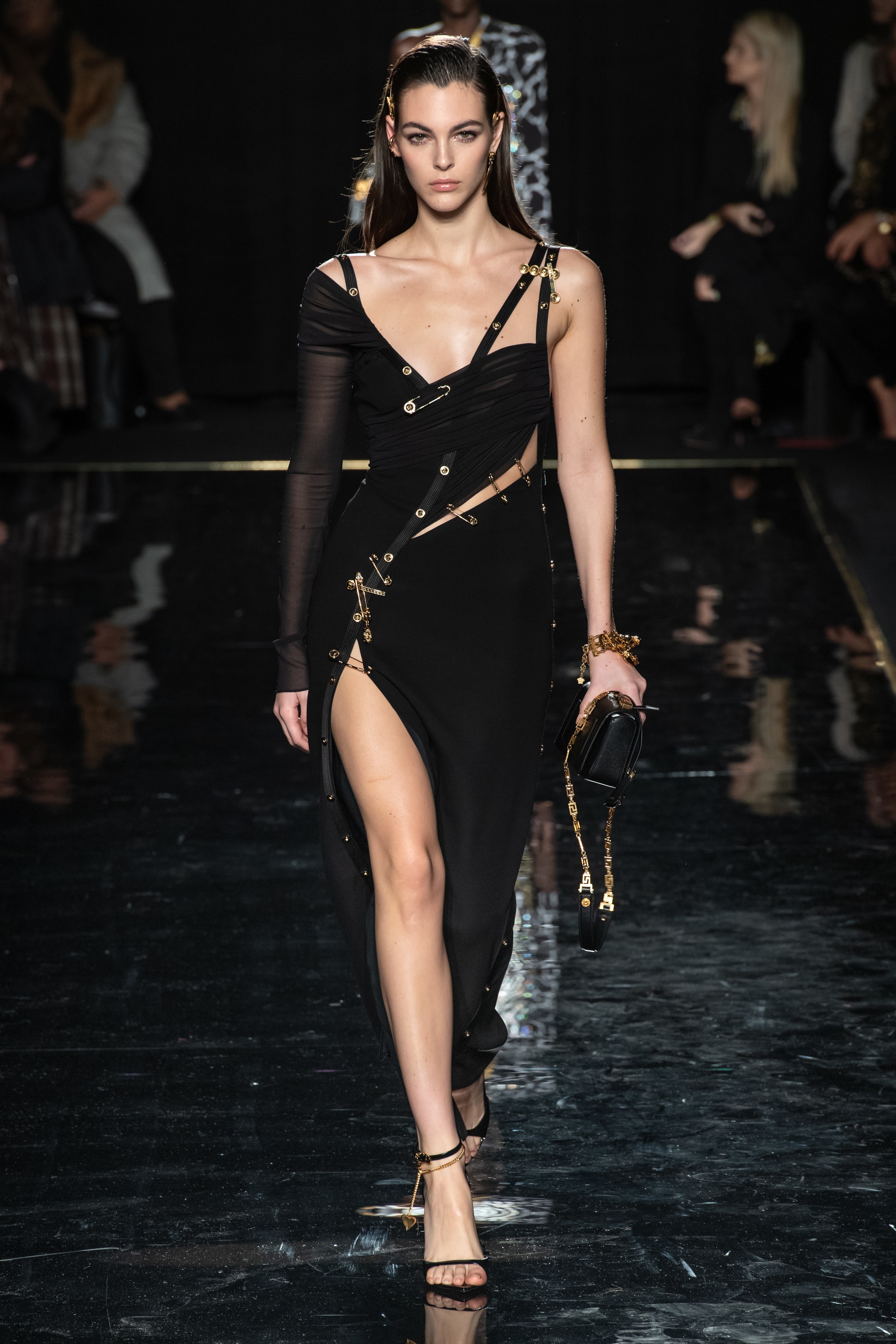 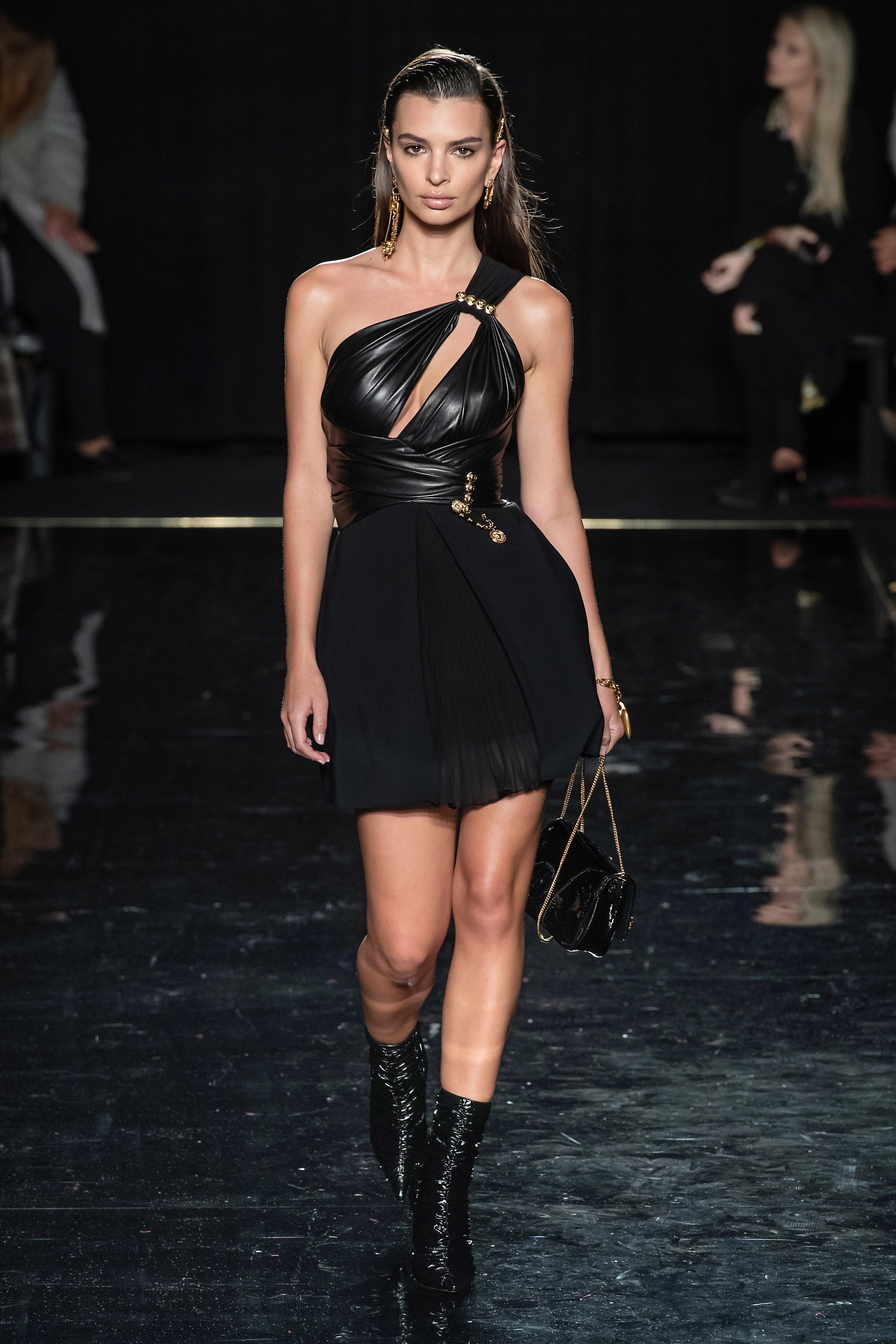 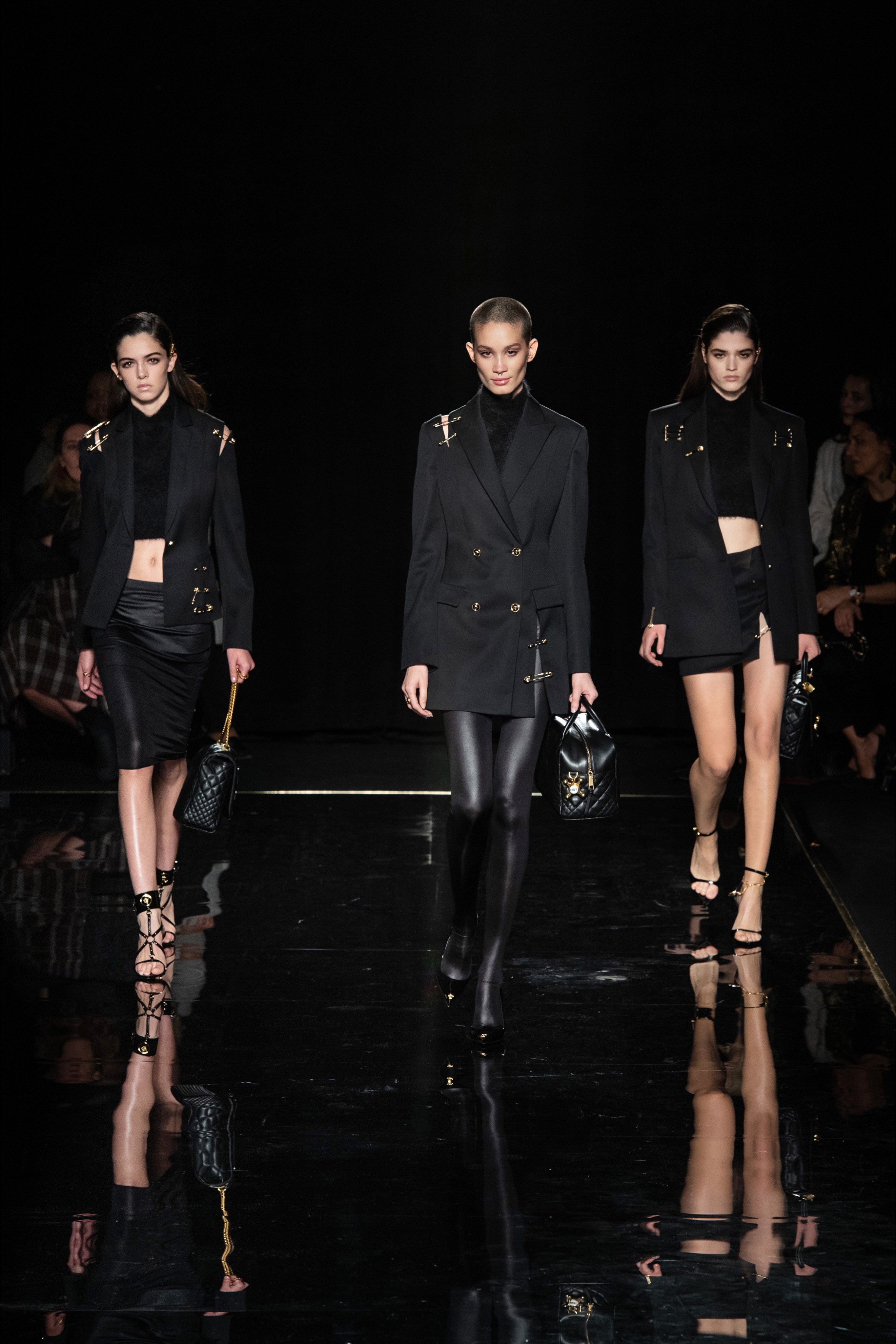 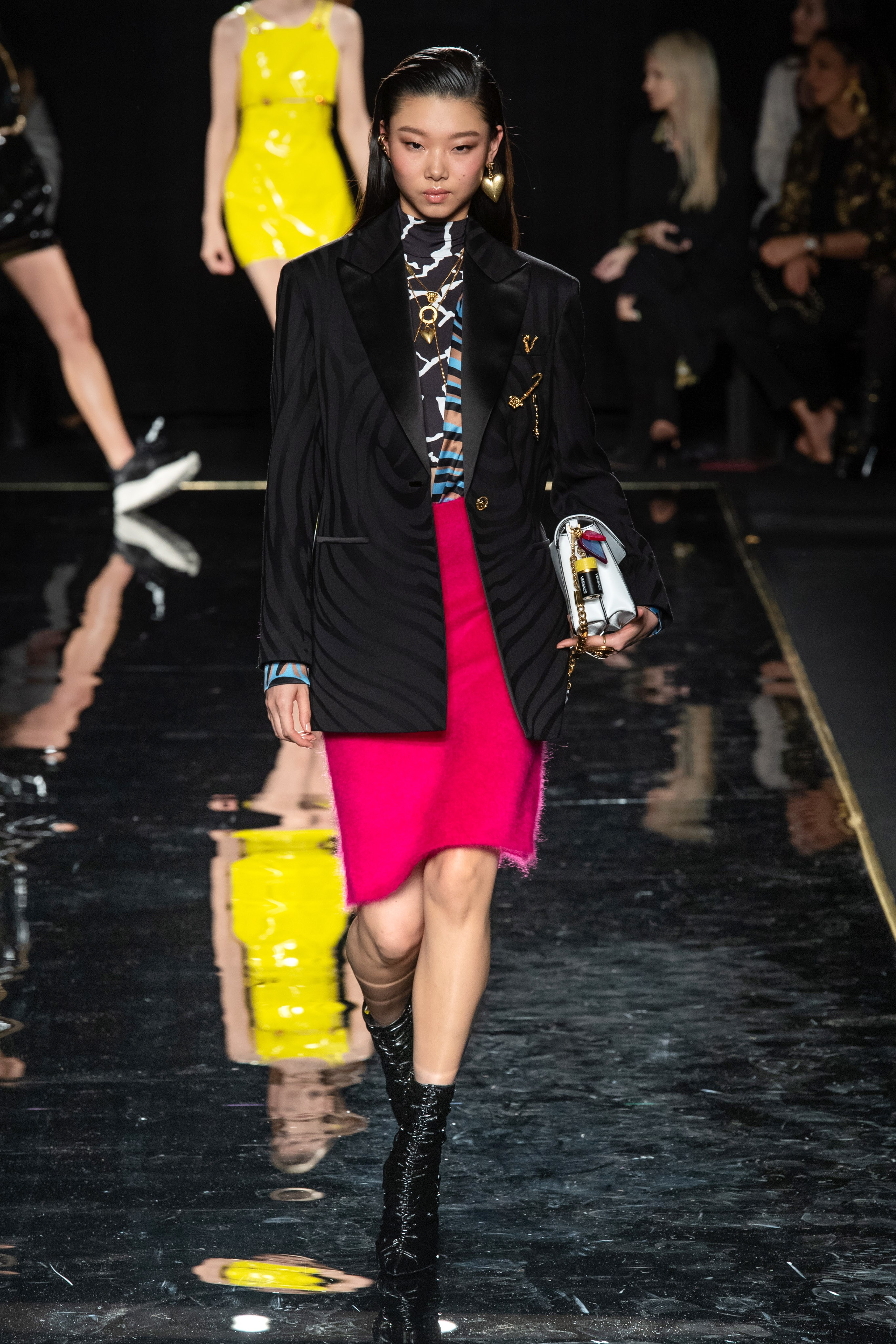 But Kors certainly had his say in the new direction for the house. Cue the animal prints cast in blacks, whites, turquoise, and browns. 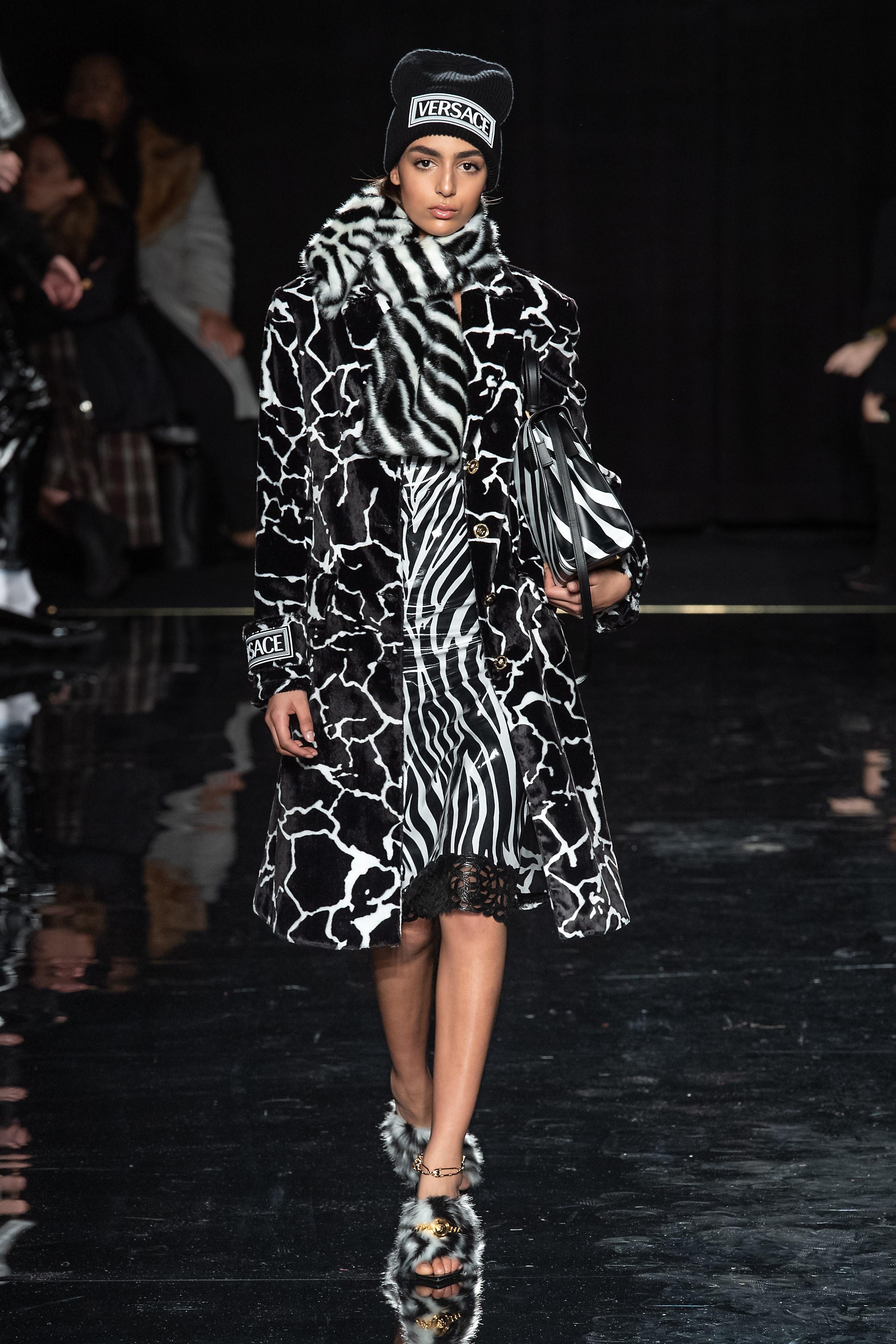 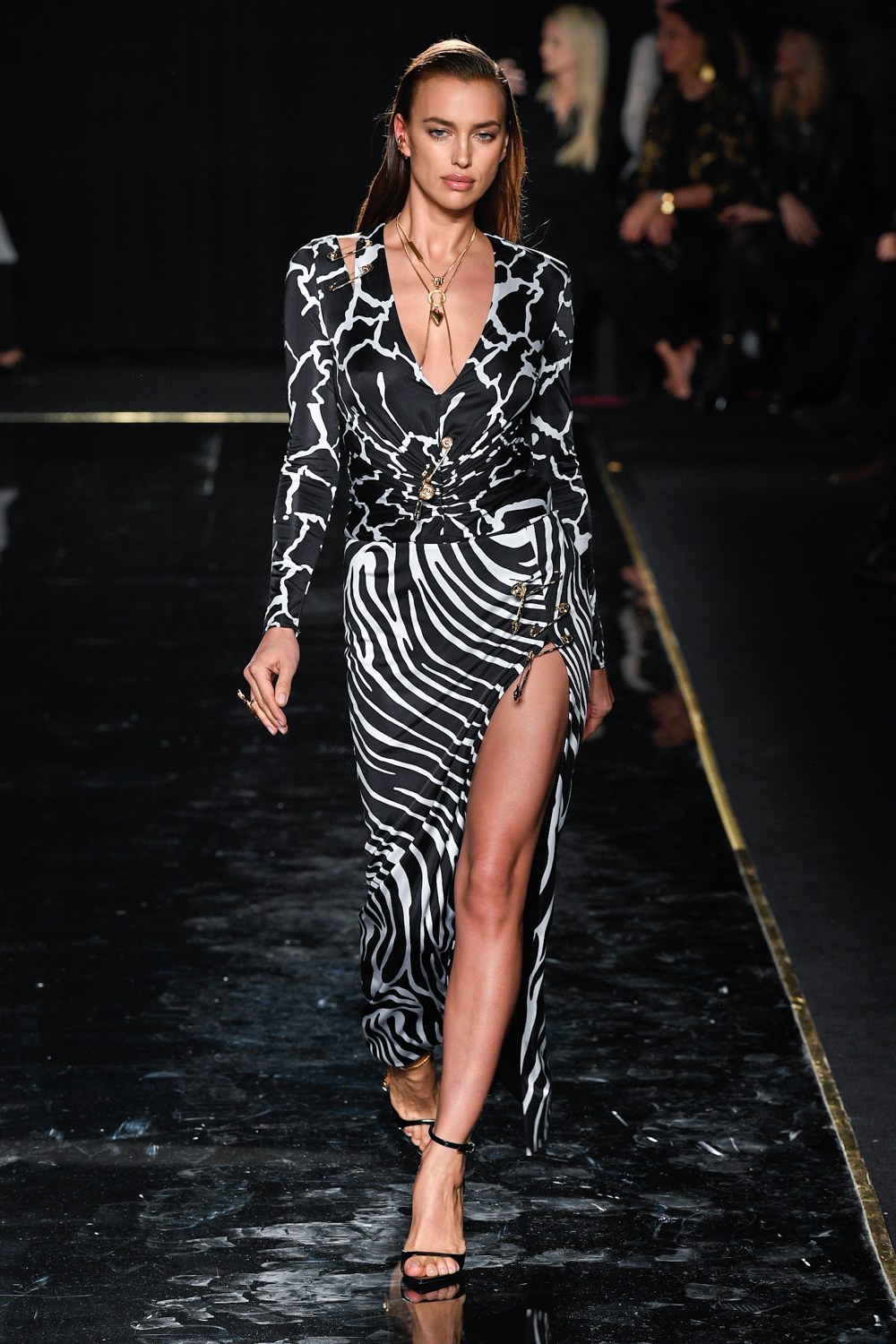 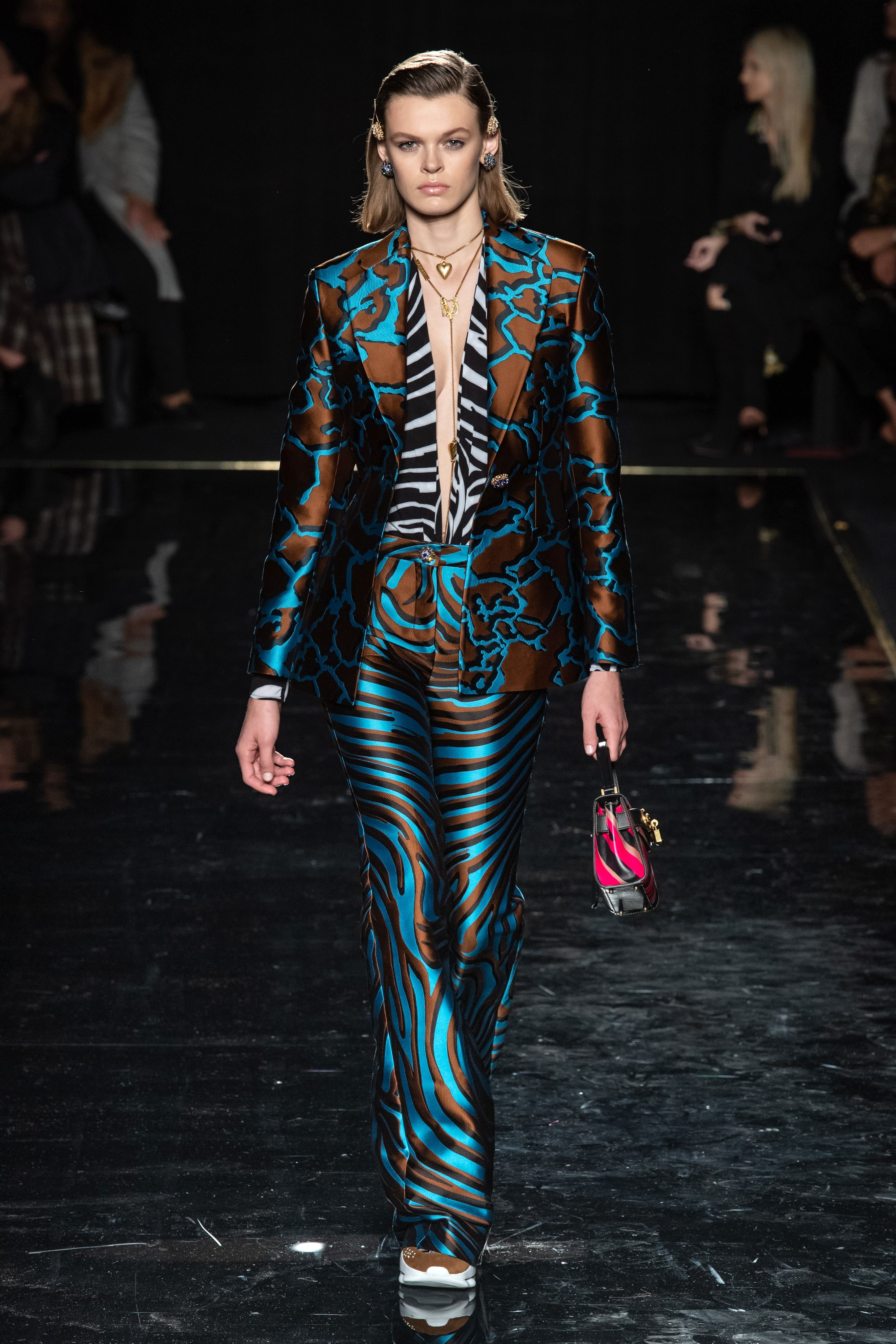 Models rolled the new must have accessory, Versace suitcases, around the runway. 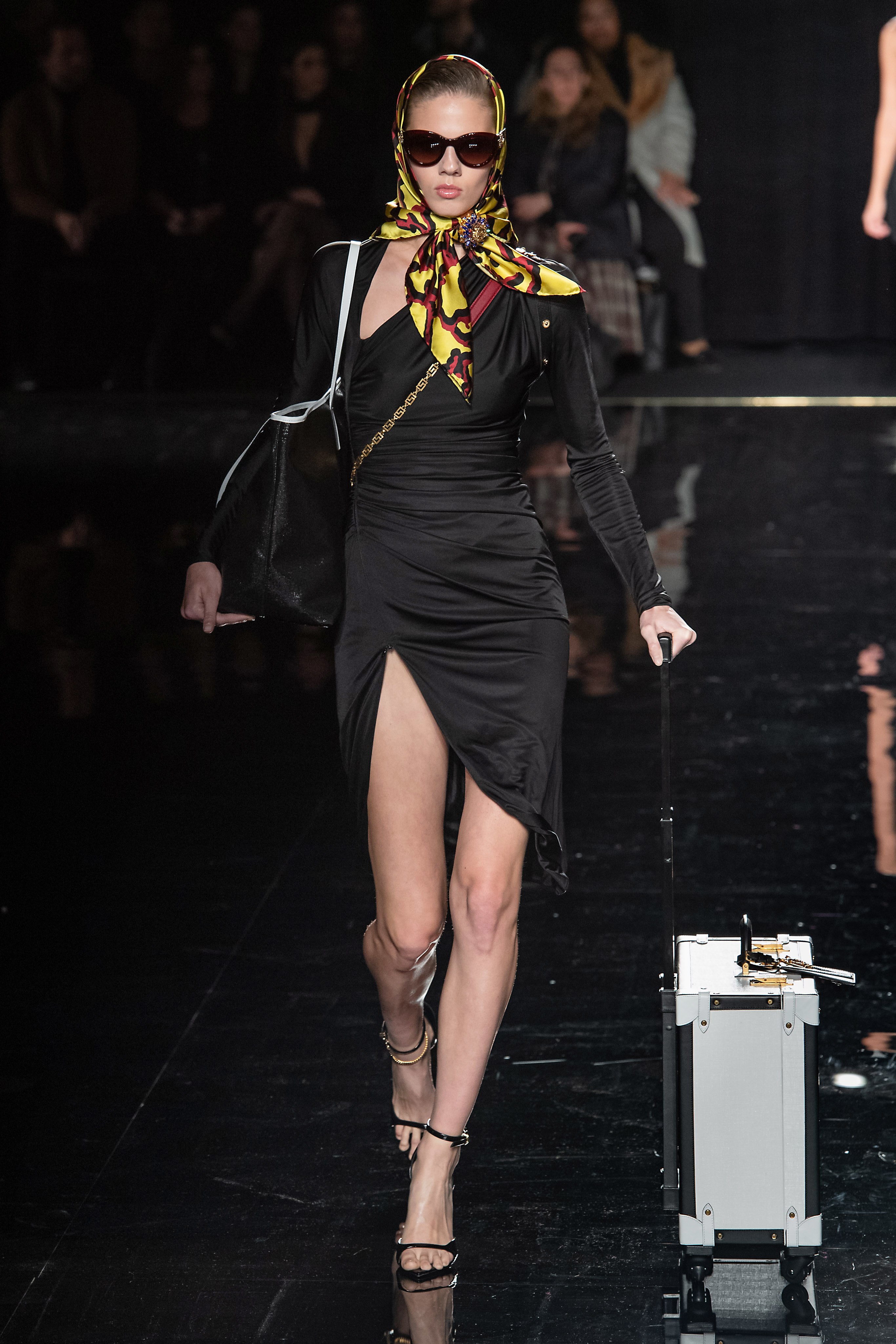 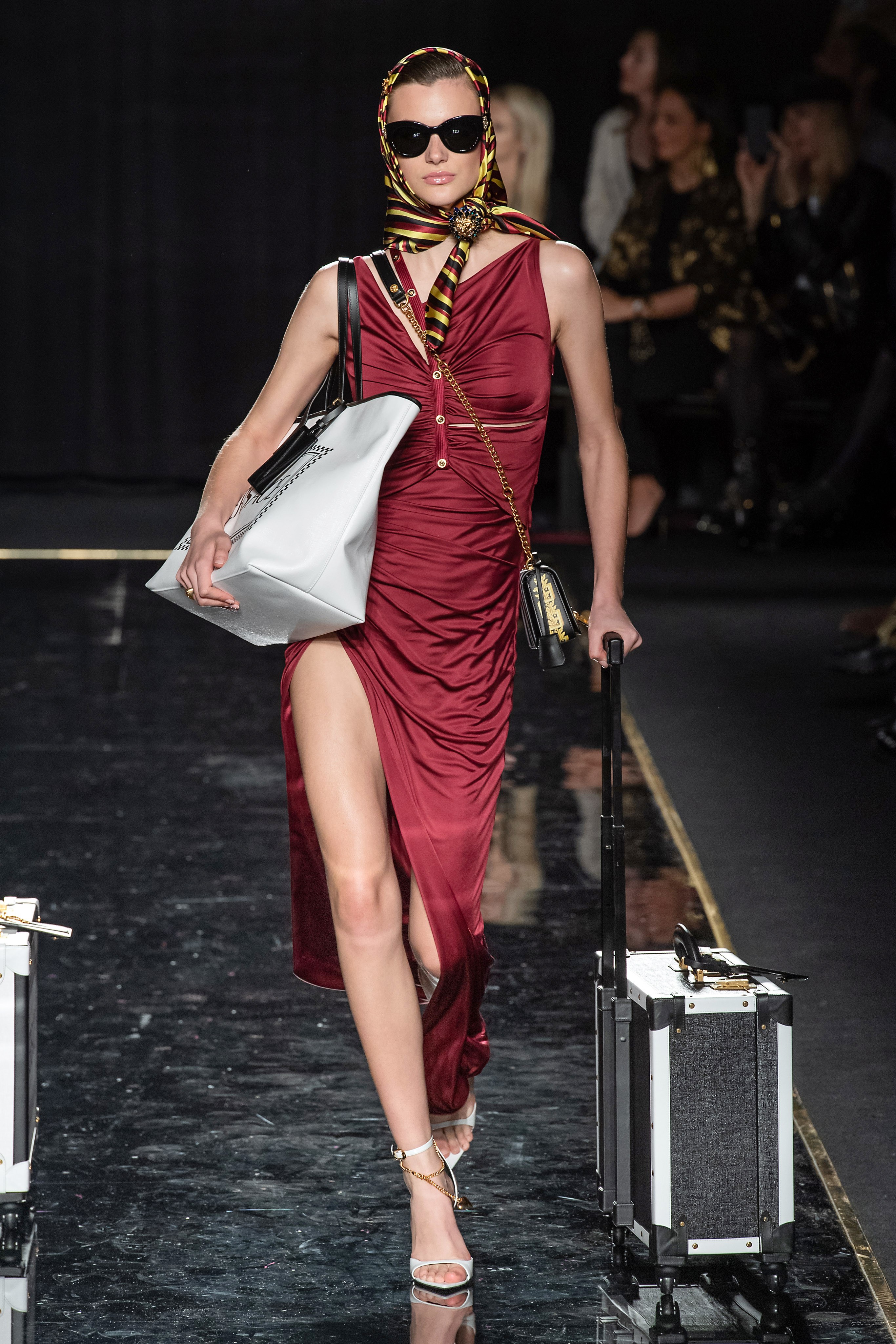 And towards the end of the show, model Mica Arganaraz drove the point home with a T-Shirt mixing the Versace Medusa Insignia and the phrase, “I love New York.” 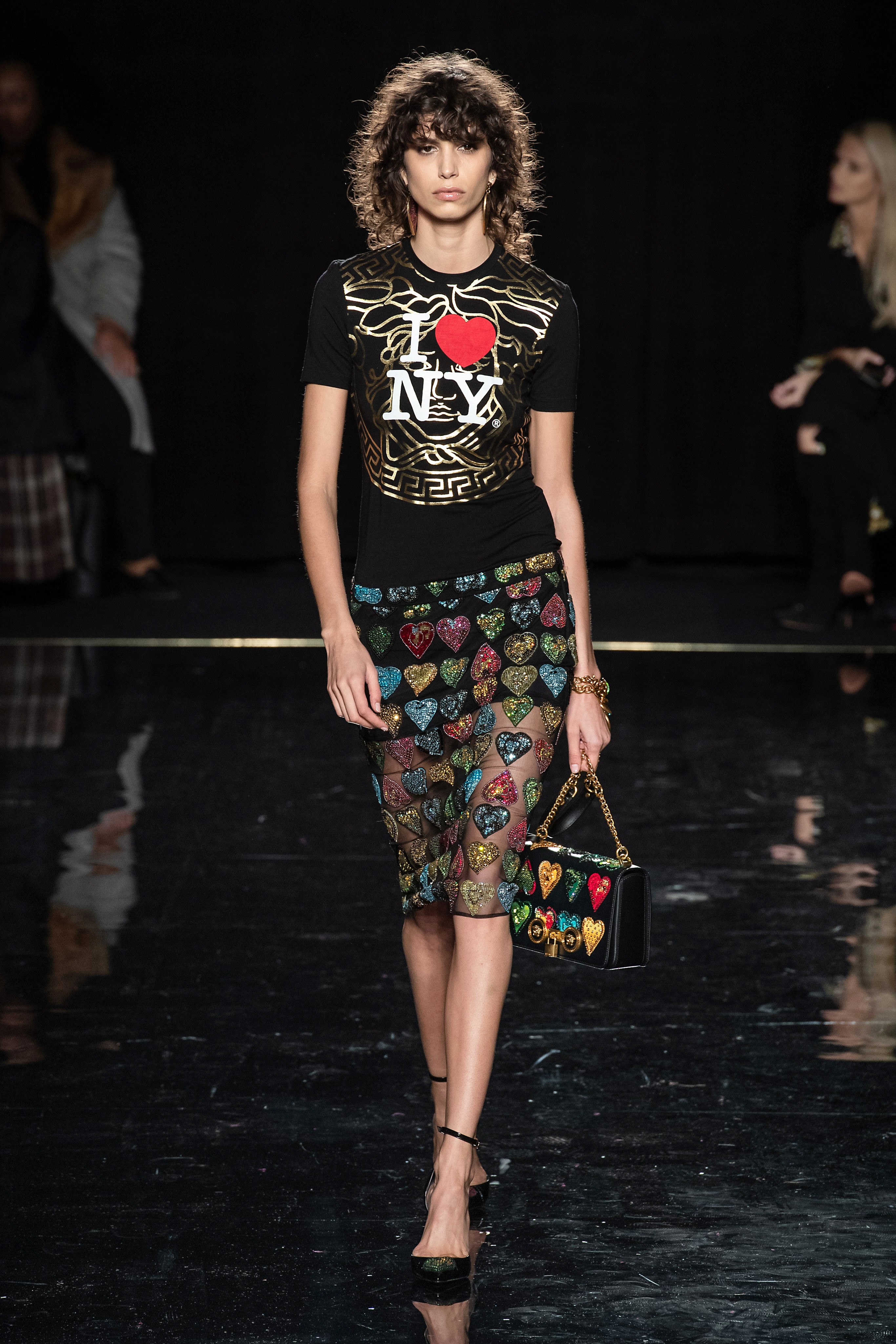 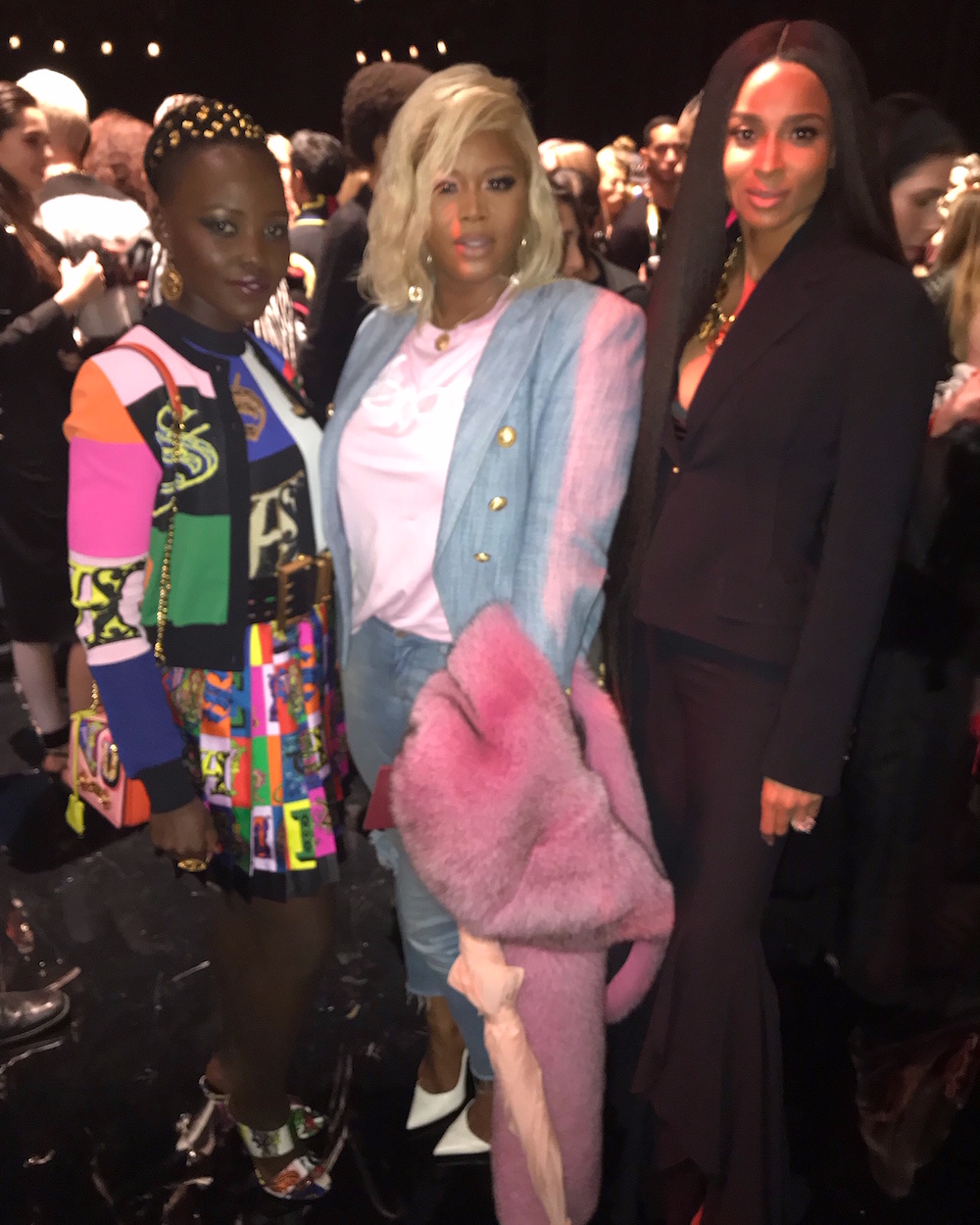 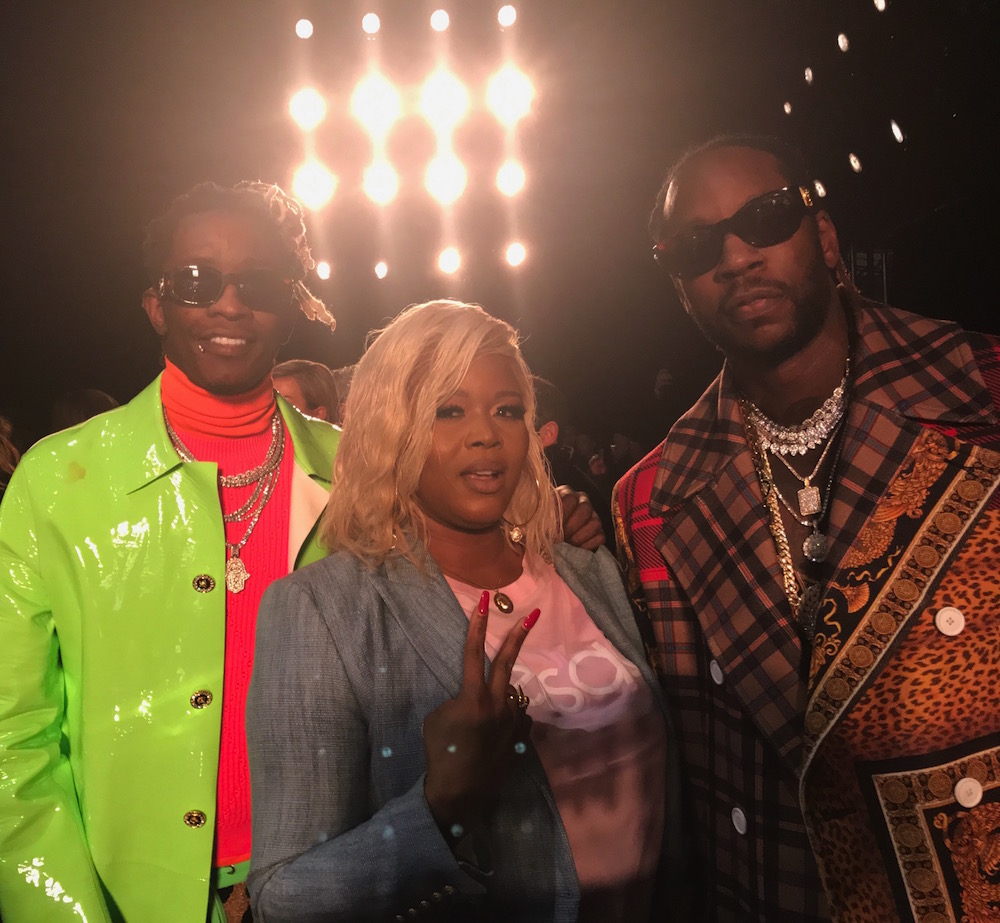 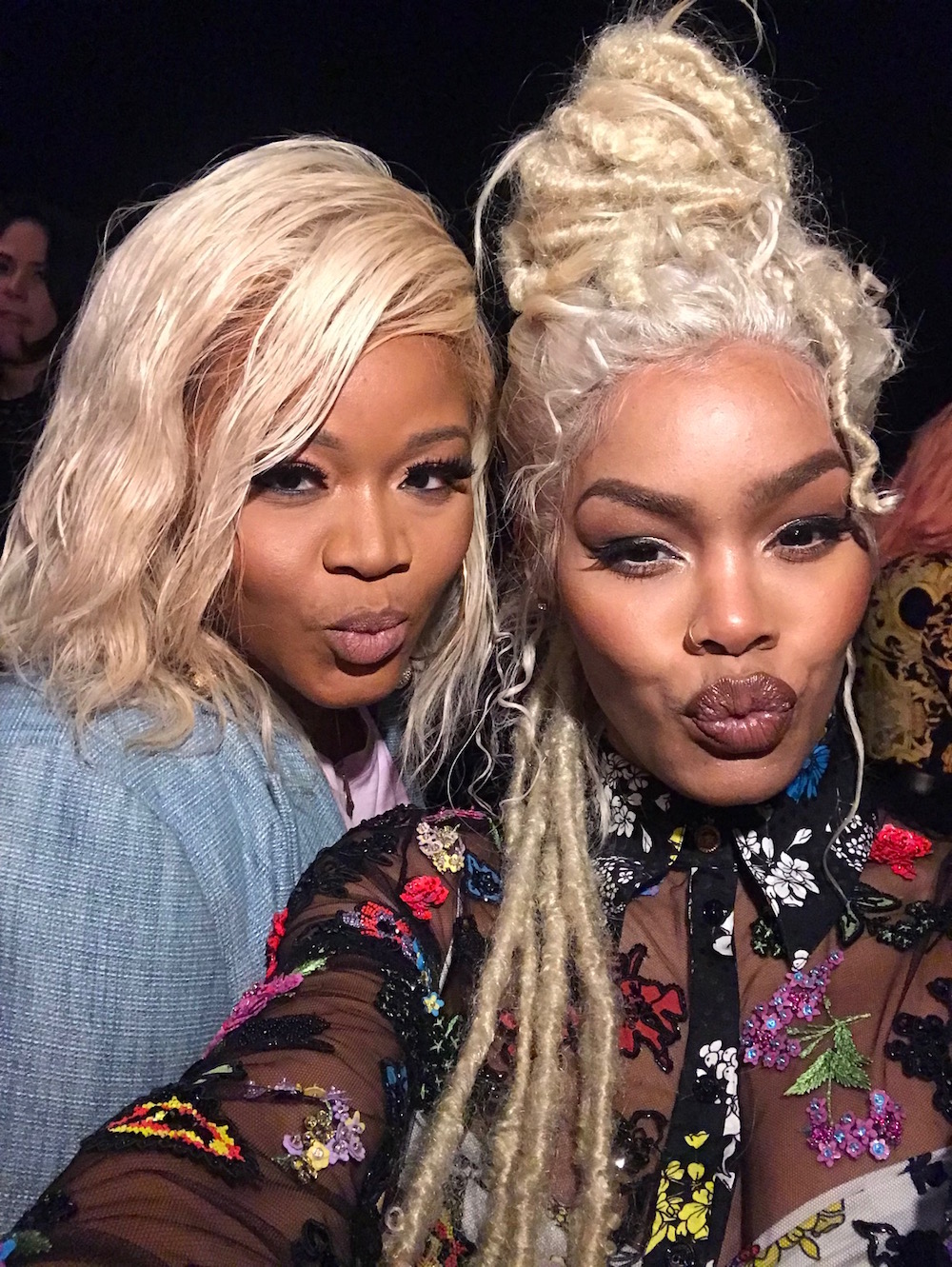 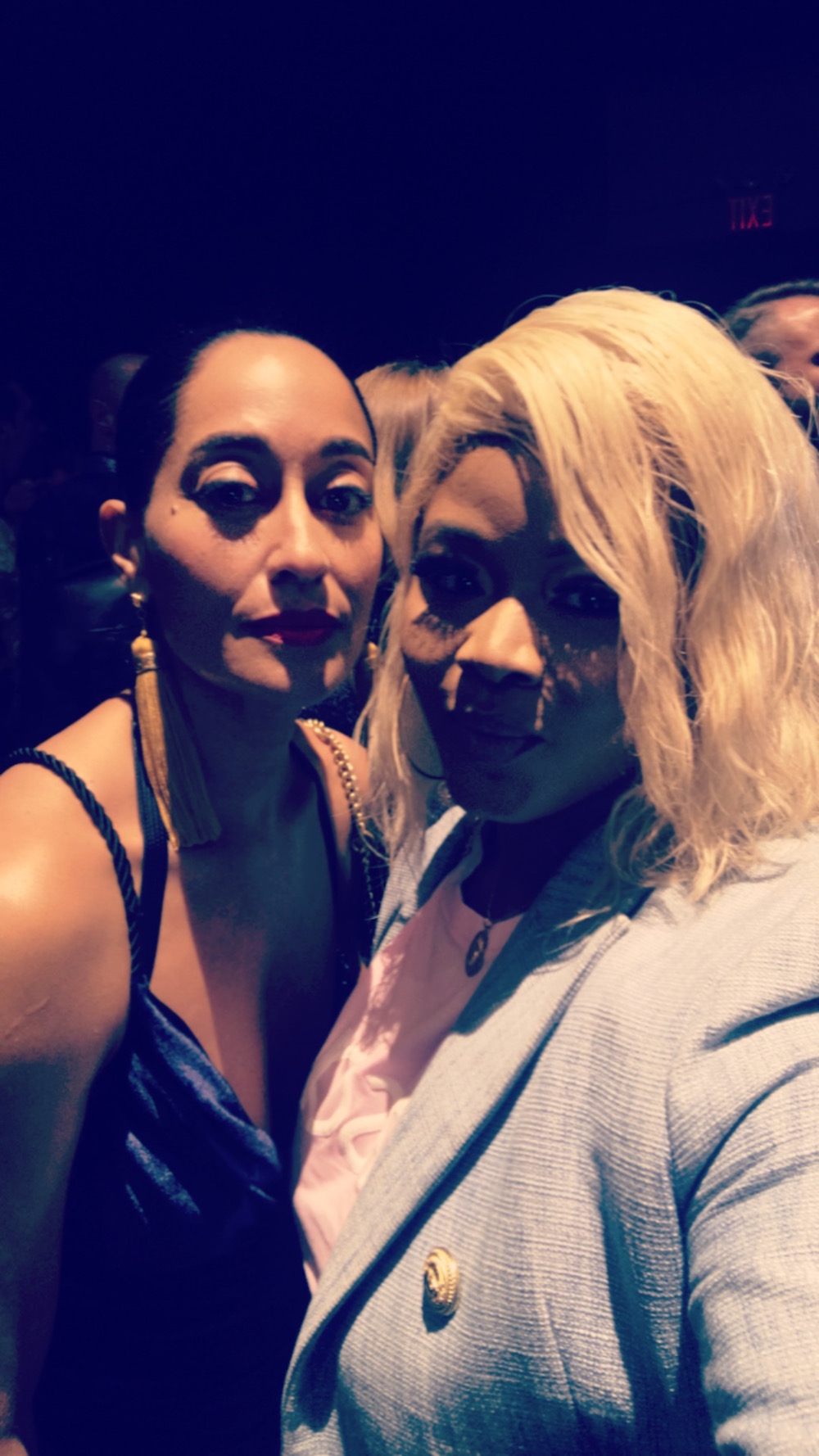 And called it a night! For the day, I kept it simple in jeans and a Versace logo tee, finished with a pink Duckie Confetti stole! 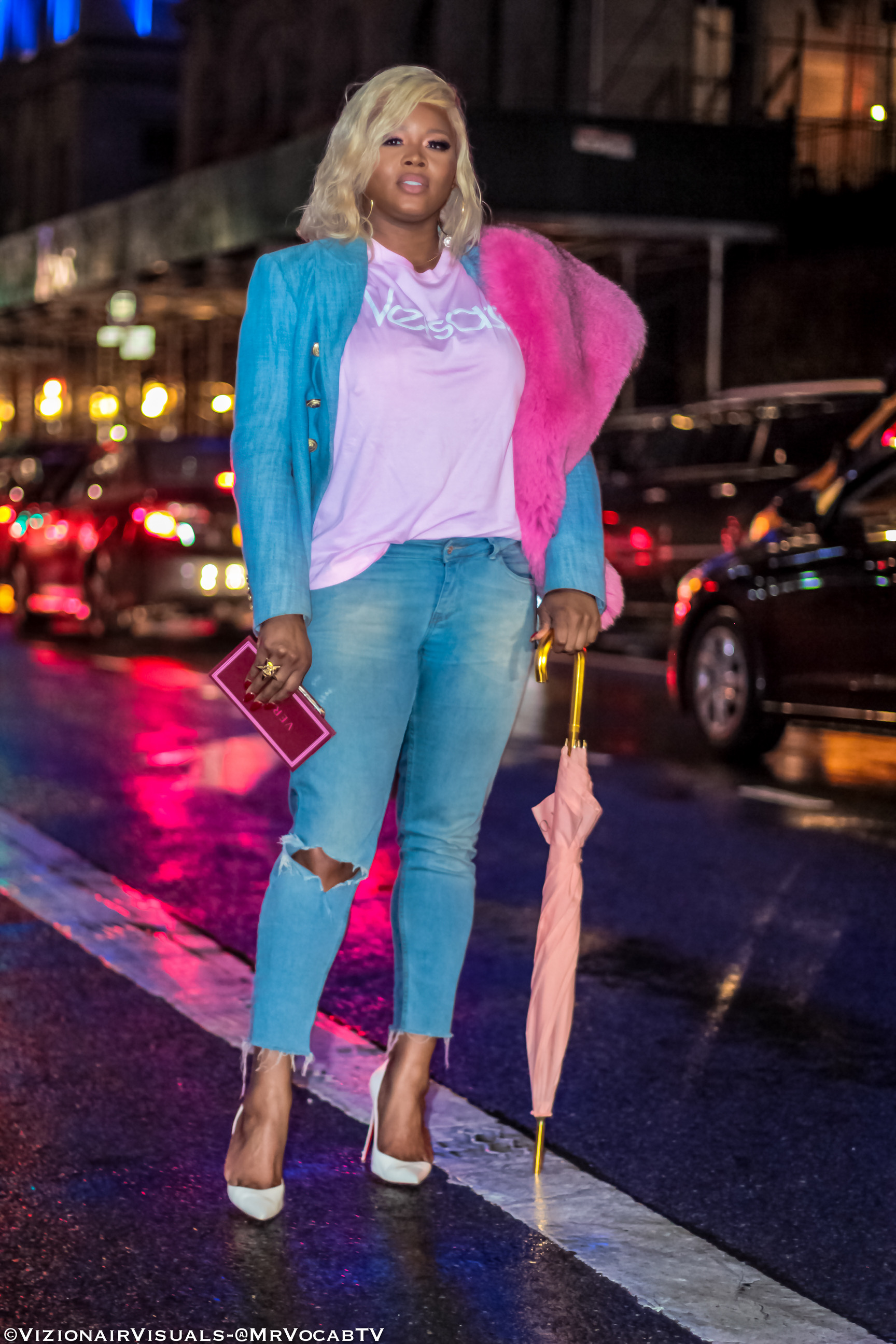 The rest of the year (!) is pretty calm for me, save a VIP movie screening next week! Those who purchased VIP tickets to Convos with Claire New York will be getting an email. Stay tuned!
Until then, what did you think of the show?

READ MORE Reduce Your Christmas List in Half By Getting Gifts This Month!

How to Make Easy and Quick Wooden Hanger Frames