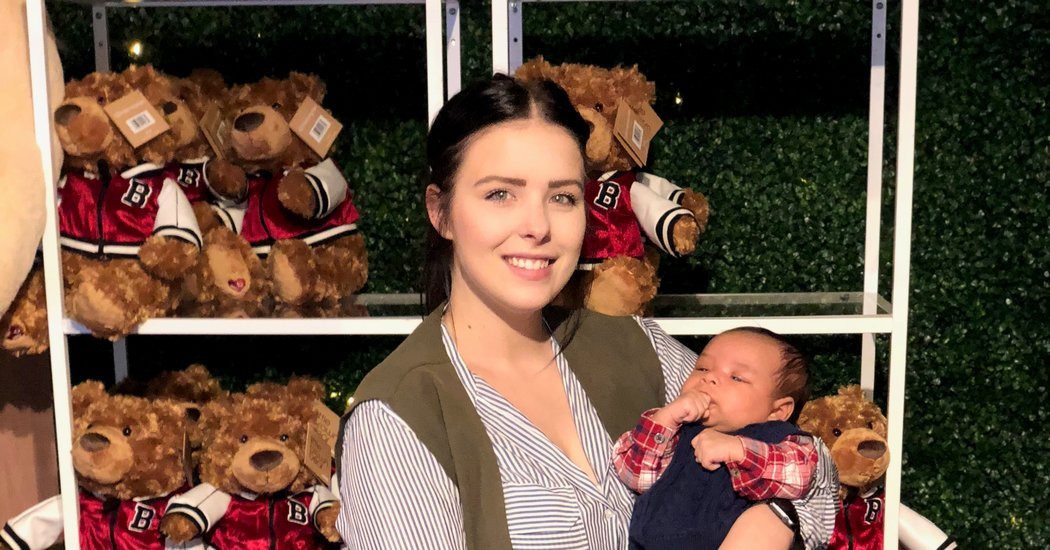 “States around the country will watch how smoothly this goes as it rolls out in stages and people get used to it,” said Lisa McGlynn, a Tampa-based labor lawyer with the firm Fisher & Phillips.

And the cultural ramifications of including domestic workers are enormous. “When we exclude domestic workers’ access to things like paid family leave, we perpetuate norms that have been established because of institutionalized racism and sexism,” says Marrisa Senteno, enforcement program manager at the National Domestic Workers Alliance, a nonprofit based in New York. “But when you’re lifting up domestic work, which is typically on the lowest rung? You’re elevating the care of children as ‘real work’ for all women, not just nannies.”

But many of the nannies and their employers interviewed for this article were not aware of the change of the law, or feared using it. The beloved nanny of a friend of mine on the Upper East Side is due to deliver her first child at the beginning of January. My friend is paying the nanny, a noncitizen, 12 weeks of leave out of pocket because she is paid off the books. “When I had my children, I didn’t have to ask for maternity leave. It was just part of my company’s policy,” my friend told me. “We wanted to do the same for her.”

Workers are eligible for the paid leave regardless of citizenship or immigration status, but many nannies are wary of applying.

“I would be interested, but I am waiting for my green card,” said a 39-year-old nanny and home health care aide based in Roosevelt, N.Y., who works seven days a week between two jobs. She is nine months pregnant and diabetic. Both her employers have been compassionate, she said, but she plans to take just one month of unpaid leave when her daughter is born. “Two months, if I have a C-section, God forbid. I planned and hoped for this pregnancy, and the most important part is to pay my rent,” she said. Like many nannies, she’s asked a family member to come fill in while she’s on leave so she can be sure her job won’t be stolen.

Brittany Snell, 26, of Brooklyn, plans to bring her 2-month-old son, Kyree, to work with her when she returns to her job as a nanny for the daughter of a Manhattan couple in January. She stopped working three weeks before her due date and was grateful that — even without the law in place when her baby was born — the family had hired a temporary nanny and gave her the time she needed, including two fully paid weeks. Technically, she could take the new paid leave in 2018, as babies born in 2017 are grandfathered in. But, she said, “I would never do that to them.”

For both employer and employee, it’s crucial to have a plan, said Laurie Berke-Weiss, a New York employment lawyer. She and her daughter, Alexandra Berke, founded The Pregnancy Project, which offers classes and consulting about workplace rights for mothers. “Nannies are not volunteers; they are not guests in your home,” Ms. Berke-Weiss said. “They are employees, and all the rules apply. But it doesn’t get more intimate than this. They’re a member of the family … whom you’re paying.”

Here, some basics for navigating a tricky transition:

1) Communicate early. “I recommend that nannies tell their employers before they start showing, really as soon as they are comfortable,” said Christa Nader, the founder of the New York-based domestic staffing agency Kith & Kin, and a former nanny herself. “That’s both to establish an openness of communication, and because even early in pregnancy a commute can be challenging, and she may be nauseated or need to sit down as soon as she gets in the door.” When the news breaks, “Be happy for her and really empathize,” Ms. Nader said. “You can freak out later at night when you’re alone.”

2) Employers: Check your disability insurance policy. Insurers are now required by law to include family leave, and as a result some have dropped the coverage entirely. When Aravella Simotas, a New York State assemblywoman who is chairwoman of the task force on women’s issues, heard about that, she worked with the Department of Financial Services to vet a list of insurers who will offer the necessary coverage. Employers should also make certain that the nanny has notice of the new law.

3) Make a list of duties — and plans for accommodations. It’s never too late to create a job description, which gives both parties a helpful baseline from which to assess what kind of accommodations the caregiver will need before giving birth and once back on the job. “You could say, ‘We want you to be comfortable as things develop in pregnancy,’” Ms. Berke-Weiss said. “If there’s any accommodation you need, let’s talk about it and see if we can come to some agreement.” Ms. Nader added: “Sometimes employers get this mentality that if they give an inch, their nanny will take a mile, which leads to a very guarded relationship. But this is not the time for that. A nanny has to take care of herself so she can take care of your child.” It may be well worth modifying the home environment or the child’s activity schedule.

4) Find a backup plan for the leave period (and beyond). Some nannies may offer their own suggestions for a fill-in, which can work nicely, but don’t put the burden on the nanny to find her replacement. “And as an employer you are obligated to offer the job back to your original nanny if she is ready to come back after eight weeks,” Ms. Berke-Weiss said.

5) Seek neutral advice. “There’s always going to be a power differential between the nanny and the employer,” Ms. Senteno said. “For clarity during a conflict, it’s good for both parties to talk to someone with more expertise.” That could be an employment lawyer, the Division of Paid Care or the N.D.W.A. itself. “The best thing for any worker is to participate in a local worker center, where people come together with similar needs for information and support.”

On the Upper East Side, my friend is making plans to get her nanny on the books after her three months of paid maternity leave. She noted that there is a broad cultural movement encouraging “women to speak up for themselves in their professional life, yet we look down on our nannies when they do the same. We can change that right now.”

Ms. Snell is eager to get back to work in the new year. The little girl she cares for recently got a present from her grandparents, a baby doll. Ms. Snell, clearly touched, said: “She named him Kyree.”