Home Gossip Celebrities Who Have Unexpected “Skeletons In the Closet”. Murderous love: suicides in celebrity couples 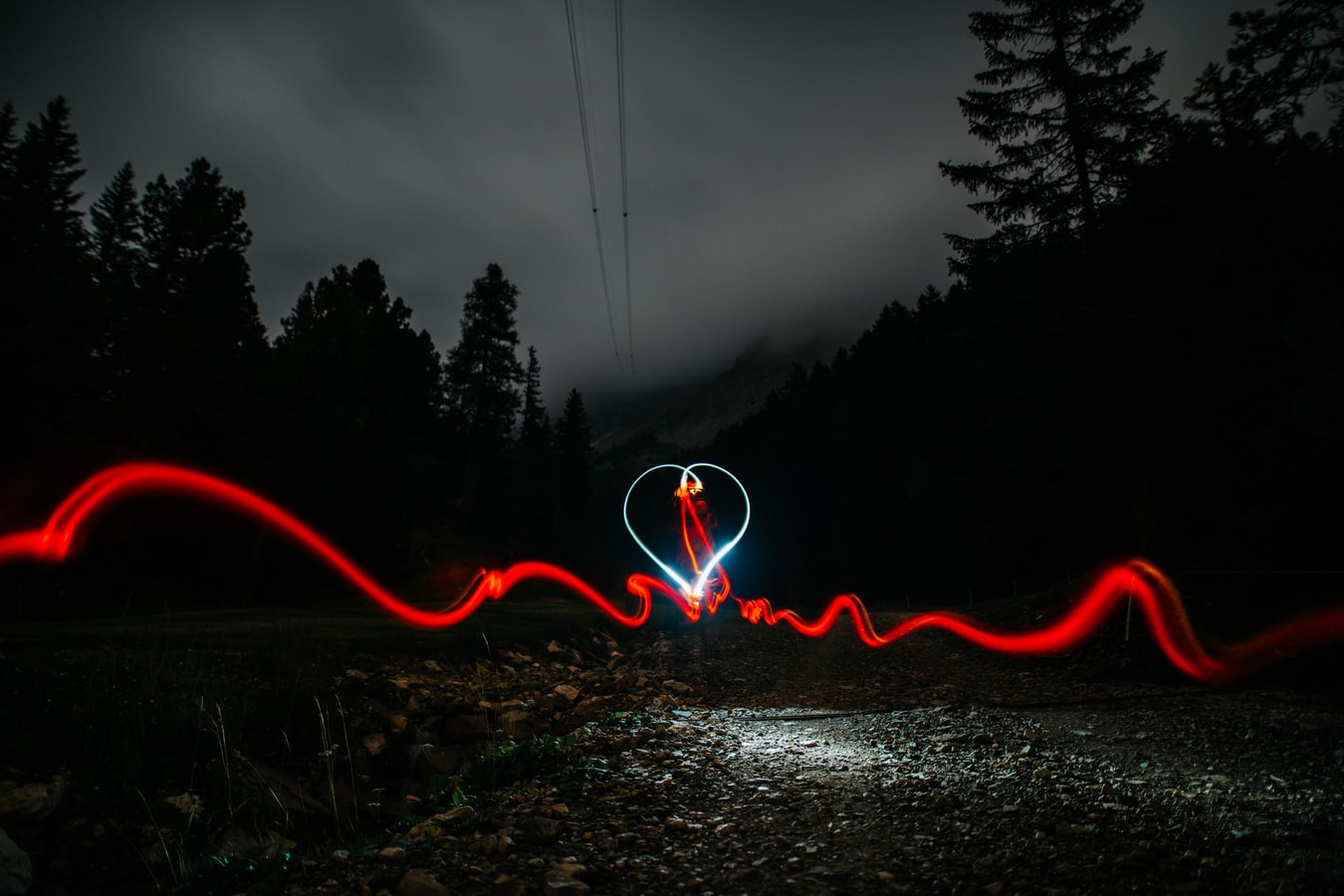 Celebrities Who Have Unexpected “Skeletons In the Closet”. Murderous love: suicides in celebrity couples

Celebrities Who Have “Skeletons In the Closet”. Did they drive their girlfriends to suicidal death? Love is a strong and terrible feeling. On the one hand, this feeling saves in difficult situations and makes you live. But on the other hand, it pushes people to death. Cases of difficult relationships that end in suicide are not uncommon. People, as a rule, pay attention not to what is happening under their nose. The most high-profile and scandalous cases of suicide in a relationship associated with celebrities. Below we find out which “skeletons in the closet” are kept by Jim Carrey, and other stars.

Strong feelings, sometimes end in disaster. As they say, in life everything is fixable, except death. Celebrities are represented by many celestials who live exclusively in prosperity and prosperity. But stars are sometimes prone to tragedy.

“My blood is on your hands … you pulled the trigger.”

The Hollywood actor Jim Carrey, forever laughing and mixing everyone, was on the dock. The thing is that the celebrity girl – Katriona White – committed suicide after another quarrel.

The couple met in 2012. Katriona – make-up artist on the set – immediately attracted the attention of the actor. Their acquaintance ended in nothing. But three years pass and Kerry’s romance with Katrion resumes. The star’s environment reacted to these relationships more negatively than positively. Kerry’s friends doubted the sincerity of the girl. Unequal love was a difficult test for the couple. Instability, periodic partings pushed Katrion and Jim to a severe depression. It is tragic that unhappy people were not able to get each other out of this nightmare.

It would seem that the actor of the films The Mask, Bruce Almighty and The Eternal Sunshine of the Spotless Mind are a living embodiment of positive. In fact, the star has serious mental problems. In addition, Kerry had connections with girls of easy virtue, which negatively affected his relationship with Katrion. In the fall of 2015, the couple announced their separation. Katrion could not stand it. A couple of days later, on September 28th, the girl took a too large dose of psychotropic drugs. The outcome was fatal. The matter was complicated by the fact that the drugs belonged to Jim (the recipe was in his name).

“You did good things for me, but you finally broke me as a person, Jim. I love you and do whatever you want. But you left me, destroying everything that was left of me ”

Apparently, Katrione did not like life. “Young and lonely” the girls. At that time, White turned 30 years old. Kerry – 55. Parents of White accused the actor of the fact that he brought their daughter to suicide. The trial has begun. Kerry infected Katrion with herpes (sexually transmitted disease), introduced to drugs and psychotropic substances. Jim injured the girl’s psyche with frequent trips to the “red light district”.

“I loved life, and you introduced me to cocaine, prostitution, mental disorders and illnesses”

Kerry rejects all charges against him. The actor answered White’s parents with a lawsuit, accusing him of mercenary attitude and hypocrisy: they say they are greedy people and only want to derive material benefit from the death of Katriona. Litigation is still underway. In 2016, Kerry declared that Katrion, a mentally unstable person, was always like that, because her depression was not his fault.

“Her problems started long before meeting me.”

“Nothing in this world matters. I myself don’t exist at all. ”

So in this situation remains to be seen. But we must remember morality and the fact that excessive interference in the personal lives of other people does not lead to good.

Lucy Gordon died very young – just two days before her 29th birthday. The girl’s body was found by Jerome Almers – Lucy’s civil husband. The actress, who played Jennifer Lugan in Spider-Man 3, hanged herself in her apartment in Paris. There was suicide in the face: the police found two notes near the body – the actress’s orders regarding the property and a letter for the parents.

Why did Lucy, a beautiful, successful, young girl, do this? The likely reason for this is unhappy love. The tragedy occurred in the spring of 2009. On the eve of suicide, Lucy quarreled with Jerome. Clarification of the relationship, apparently, turned out to be a point of no return for the actress. What happened is still covered in a veil of secrecy, because Lucy did not show signs of depression and was a successful actress.

No. 3. The “Russian Roulette” by Michel Buillet, or the Suicide Dynasty

Probably in the influx new hollywood stars you have already forgotten the Knight of the Legion of Honor, four-time Oscar nominee, actor Charles Bouillier. He played in films with Greta Garbo, Olivia de Havilland and Ingrid Bergman. But the actor, who reached 78 years of age, suffered a sad end. Patricia (Pat) Paterson – the wife of Charles – died of cancer. The couple lived together for 44 years. The actor could not reconcile with the death of his wife. Two days after the funeral of Patricia, Buyer killed himself. A lethal dose of sleeping pills helped the actor reunite with his beloved in heaven.

The tragic fate befell Michel, the only son of Patricia and Charles. In 1965 (13 years before the death of his parents), the young man committed suicide. The reason is unhappy love. Michelle liked one girl, but she gave her heart to another man. Buyer Jr. left this world at age 21, playing Russian roulette.

The lead singer of The Prodigy also left this world because of unhappy love. Mayumi Kai, Flint’s wife, was a strong woman. Flint depended on her, succumbed to the influence of his wife. Mayumi inspired Kit to quit taking alcohol and drugs, as well as devote her life to creativity.

Life with an extravagant musician was not easy. In a fit of conflict, Mayumi said she wants a divorce. Flint again slid to the bottom of life: alcohol and drugs became his constant companions. The singer fell into a severe depression. The house in Essex, in which the couple lived, Flint decided to sell. The bold point of this story was set in March 2019. In the 49th year of life, Kit Flint voluntarily left this world.

We will say right away that the name of the prince has nothing to do to the suicide of Caroline Flack – the British TV presenter. The only reason their names stand together today is a short common past. Caroline dated Prince Harry, but for a very short time. The couple met in 2009. Caroline and Harry had many mutual friends. The novel turned out to be short and ended as soon as information about the relationship of the prince with the TV presenter leaked to the press.

In February 2020, a scandal erupted: Caroline committed suicide. This information appeared in the Air Force feed. The unfortunate woman passed away in her 40th year of life, having died in her London apartment. Caroline, as you know, was going through a difficult period in her life. In 2019, the police received a complaint from the ex-guy of Flack – Lewis Burton. The young man complained that the TV presenter allegedly beat him. He said that Caroline was very jealous of him, and once, when he was sleeping, hit him on the head with a table lamp. Flack denied these allegations. However, the police accepted the statement, setting a hearing for March 2020.

A couple of days before her death, Caroline wrote:

“My whole world has turned upside down … But if you run away from problems, they won’t disappear anywhere, and one day someone will definitely show them off. Then you will be left alone with your shame and shame … I have been experiencing emotional breakdowns for a long time … I decided to say this now because my family has run out of patience. I lost my job. My house. Your ability to speak. And the truth was taken from me and used for fun. ”

All these cases speak only about one thing: how important it is to be careful with people around you, and especially with the closest. People are vulnerable, and each person needs a careful attitude. Loneliness, hopelessness, bullying can lead to catastrophic, irreparable consequences. If you suddenly found yourself in a bad relationship, then it can be stopped. Remember this.