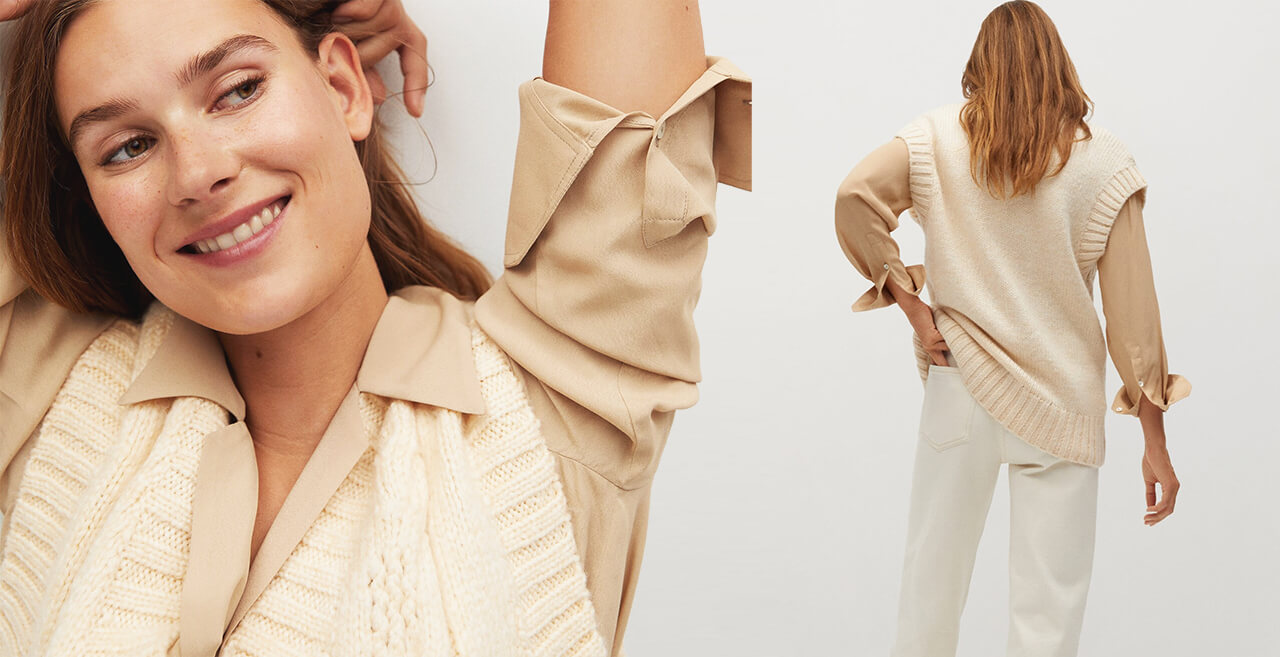 Who would have thought that from a thing that was never considered a first necessity, a vest would turn into a real object of desire!

Knitted vest is an amazing and versatile thing. She has always been part of an intelligent wardrobe – for sure, a teacher at Moscow State University, a student of a British school, and a regular at the district library have one. In general, the reputation is great.

True, one cannot but recall that in the 70s, for example, women wore vests as part of the disco style – along with flared trousers and shiny platforms. By the 90s, everything had returned to its place: the vest regained academic status, turning into a mandatory school wardrobe item.

In modern fashion, vests have taken root for a long time. It took designers more than one year to teach us to perceive the vest not as ambiguous, but as a fashionable thing. Alessandro Michele was one of the first to do this, offering knitted vests in a company with long skirts, colorful shirts and big glasses – it was with his light hand that we still fell in love and understood library chic.

This fall, looks with vests are simpler than Gucci stylists usually show. Dior, for example, with such a thing, offers standard school kits, using not only vests, but also plaid skirts to continue the theme. Lacoste bends a sports line: their images with long sleeveless jackets look very modern and aesthetically pleasing. In general, vests have appeared in all key collections, so you can finally appreciate their practicality and versatility.

You can style the vest in different ways. For example, with chiffon blouses and mini-skirts in the spirit of the 60s. Or with pencil skirts like the last Prada show. Or! modeled after the Lacoste show – with a “man’s” shirt, pleated skirt and a cap with a straight peak, as if you were on a golf course. If you like the postmodern style of wearing a vest, portraying a diligent student, then this option is still very relevant and not devoid of self-irony. Romantic natures will appreciate the styling at the Cecilie Bahnsen show: the brand’s stylists suggested wearing a vest over a feminine dress with a small floral print. In general, not a single preppy style, and that’s good!

Modern women of fashion, who stir up interest in vests, do not part with them for the following reason. Together with this thing, it is easy to show all your abilities as a stylist. For example, creating multi-layered sets or non-trivial, complex silhouettes. The vest easily changes the look and mood of the things with which it is combined. It doesn’t matter what you have in mind – a deliberately careless or modest image.