Home Health “The brain and the gut are best friends,” says Dr. Talia Zenlea and “The Majority of Your Health Problems May Be Linked to Your Gut” 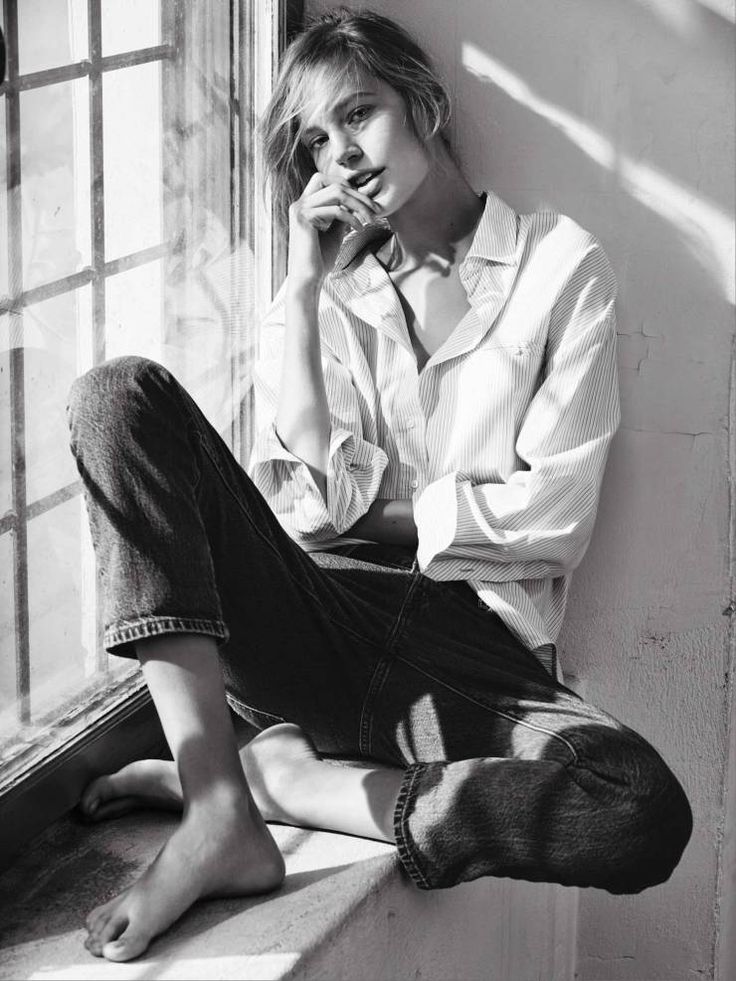 “The brain and the gut are best friends,” says Dr. Talia Zenlea and “The Majority of Your Health Problems May Be Linked to Your Gut”

There’s a running joke between me and my friends that I’m the “food allergy queen.” And my reputation is not that far from the truth. I’ve eliminated a ton of foods from my diet due to allergies and sensitivities: gluten, dairy, nuts, soy, corn, coconut, chicken and plenty of raw fruits and veggies. But what has perplexed me, and some of my doctors, is that I had eaten all of those foods before without any problems. It wasn’t until seven years ago that everything seemed to go downhill—my eczema was worse than ever, and my digestion was causing me problems on the reg (nausea, bloating, gas and all that other lovely stuff). As it turns out, these issues may have stemmed from my gut.

“If you have food sensitivities, you have [gut] damage,” says Sara Celik, a naturopathic doctor and spokesperson for Renew Life. “If somebody has a reaction to foods and we do a blood test, we’re essentially looking for immunoglobulins—undigested proteins in the blood. They would never get there if there was no damage. They shouldn’t be in the bloodstream—but when they are, we know that they have somehow leaked through.”

The gut, also known as the gastrointestinal tract, which runs from “gum to bum,” is home to approximately 100 trillion micro-organisms. By now we know that many of the bacteria inside our gut protect us from pathogens by acting as a protective lining while promoting normal gastrointestinal function, regulating metabolism and comprising more than 75 per cent of our immune system. “[Good bacteria is] almost like a line of soldiers that protect the gut lining,” explains Celik.

While our intestines, for instance, contain more than 400 species of bacteria—including E. coli—it’s mainly when the compos­ition of our gut changes (read: the bad stuff outweighs the good) that problems begin to arise.

“Leaky gut” is one such problem—albeit a controversial one. The term is often used by the holistic and naturopathic commun­ities, but the condition has only recently begun to be accepted by medical experts, who tend to prefer the term “compromised intestinal permeability.” “Imagine your [gut] as a medieval city that is protected by walls so nobody can come in,” says Dr. Alessio Fasano, director of the Mucosal Immunology and Biology Research Center at Massachusetts General Hospital in Boston. “You have bridges that come down so the merchandise can come in and your soldiers can go out, but when you’re done with that, the bridges come up again so you’re protected. That’s the concept of regulating gut permeability.”

Through his research, Fasano discovered zonulin, a gut protein that regulates the openings between the cell walls in the intestines. The production of too much zonulin—which can be caused by genetic predisposition, excessive alcohol consumption, smoking, caffeine, spicy foods or components of gluten—makes it harder for the bridge to come back up, thus allowing a flow of invaders into the bloodstream. “Rather than protecting, [it creates] this continued shortcut for stuff to come into your body,” says Fasano. “This overwhelms your immune system, which starts to fight and creates inflammation.”

Research shows that inflammatory conditions, such as auto­immune disorders like multiple sclerosis (MS) and celiac disease, may be linked to an imbalance of good and bad bacteria. A new study from the University of Iowa Hospitals and Clinics found that subjects with MS had a different microbiota (bacterial community) than their healthy counterparts.

A whole other realm of research is the domain of “psychobiotics”: the study of how bacteria impact our mental state. Aside from the brain stem being directly connected to the gut by the vagus nerve, research has shown that gut bacteria influence brain chemistry and behaviour. Researchers at McMaster University in Hamilton, Ont., altered the gut bacteria in mice using antibiotics, which are known to kill off good bacteria. The affected mice became more anxious and had an increase in brain-derived neurotrophic factor (BDNF), which has been linked to depression and anxiety. Once the antibiotics were discontinued, the bacteria in the gut returned to normal, which also resulted in normal behaviour and brain chemistry.

“The brain and the gut are best friends,” says Dr. Talia Zenlea, intern­ist and gastroenterologist at Women’s College Hospital in Toronto. “The same hormones that control your mood also control your gut.” For instance, lactobacillus and bifido­bacterium synthesize gamma-aminobutyric acid (GABA), which can help calm an overactive mind. Another range of even-harder-to-pronounce bacteria, including streptococcus, produces serotonin—a neurotransmitter that regulates mood. I begin to wonder about my clinical-depression diagnosis, which occurred around the same time I developed food sensitiv­ities. Coincidence?

But it’s not only antibiotic use that affects our gut; modern lifestyles are also to blame. From the highly processed foods we often eat to environmental toxins to cortisol-inducing chronic stress, there are many factors that have been scientifically proven to damage our good microbes while fuelling the bad. Thankfully, we can make small lifestyle tweaks that could give our gut a fighting chance.

For those experiencing “undesirable” symptoms, such as diarrhea, bloating, gas or constipation, Zenlea and Fasano advise removing the triggers causing said symptoms. This might be obvious, but if it’s not, try food journalling to determine a pattern.

In the “remove” stage, all triggers that damage the intestinal lining, including processed foods and common allergenic foods, such as wheat, gluten, dairy and soy, are removed from the patient’s diet. Then, in the “replace” stage, essential components for optimal digestion are added. “This is typically supported by a supplement regimen, or it can be done naturally by introducing bitters—bitter foods, like arugula—and bile-producing foods, like daikon radishes,” explains McCarthy. (Bile, Fasano notes, is very much disliked by most bad bacteria.)

From there, the patient moves on to the “reinoculate” stage, where probiotics are introduced to help repopulate the good bacteria and “crowd out” the bad bacteria that are causing adverse side effects. Probiotics can be taken in supplement form or by eating or drinking fermented foods, such as kimchi, sauerkraut, miso paste and kombucha.

In the “repair” stage, the gut lining is repaired and resealed with things like L-glutamine, which has been proven to protect against mucosal breakdown in the gut, and natural anti-inflammatories, like omega-3 fish oils, which have been shown to promote friendly bacteria in the gut. Repairing the lining could help prevent foreign pathogens from passing through.

But perhaps the best place to start is damage prevention: You can help grow your good bacteria with prebiotics, which are easy to get from whole foods such as bananas, apples, onions, garlic and other fruits and veggies. “Think of it this way: Prebiotics are like food for the probiotics,” says registered dietitian Andy De Santis. “The probiotics break down the prebiotics and they grow in number, which is good because probiotics are healthy bacteria so prebiotics are food for the healthy bacteria in your gut.” So, yes, the old advice of “Eat more fruits and veggies” still applies.

Funnily enough, I have never been one to eat too many fruits or vege­tables. Give me carbs, meat and sugar any day, but greens and fruits (aside from in smoothies)? No, thank you. But it’s safe to say that now I have much more incentive to include them in my diet, especially if it will help ease my symptoms in the long run.

And, really, while gut health is an extremely complicated and complex topic, the fix is essentially quite simple. Sure, there are plenty of external factors, like stress, that can’t be easily controlled, and it’s unlikely that I’m going to give up alcohol forever or stop taking medications, whether they be antibiotics, antidepressants or over-the-counter allergy drugs. And there may not be a yes or no answer, which I suppose I was looking for at the start; I wanted to hear that all of my woes were one masterful probiotic pill away. But it looks like I’m going to have to put in the work to find out. My plan of attack? The 4Rs method. I’ve got the removal stage down already, since I’ve already eliminated so many foods from my diet, but now I have to start adding in some gut-friendly foods, like more of those daikon radishes, arugula and perhaps even dandelion greens, as well as fish oils and probiotics, and fewer bad-bacteria-supporting gluten-free pastas and sugary drinks. I’ve been told that this regimen could take months to show results in my skin or elsewhere, but it’s well worth the wait.

Hippocrates, the father of modern medicine, once said that all diseases begin in the gut…and by the looks of it, he was onto something.

READ MORE Too Much Food in Your Fridge? What You Should Know About Expiration Dates To Prevent Needless Waste

How You Should Clean Your Phone and Other Electronics