Home Furilia The New Verb “Meganmarkle”: have you already recorded it in your dictionary? 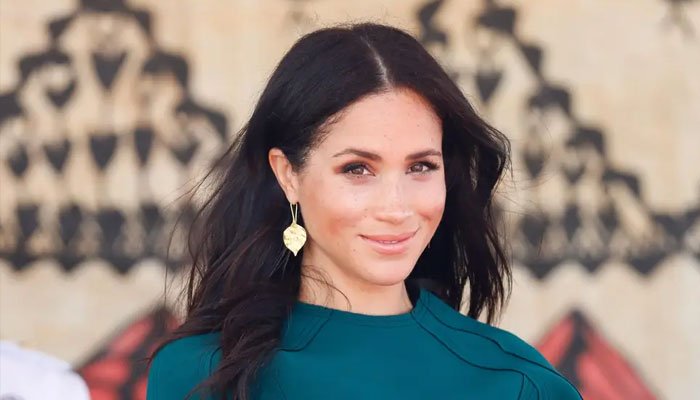 The New Verb “Meganmarkle”: have you already recorded it in your dictionary?

The Verb “Meganmarkle”: have you already recorded it in your dictionary?The new year for the royal family began with overwhelming news: Prince Harry and his wife, once actress Meghan Markle, made the final and irrevocable decision not only to leave the royal family, but also to leave the UK. A few days later, Megan took them with Harry’s son, Archie, and fluttered out of the golden cage, hastening to quickly move to Canada closer to her mother and away from the royal family.

For a while, Prince Harry still had to stay at home and listen to all that Her Majesty’s grandmother Elizabeth II, grandfather, father and brother William think about this. The whole family gathered for a family council and, as the newspapers wrote, amicably resolved the situation. Therefore, Harry in a hurry also hastened to leave the royal world and move to Canada with his wife and son.

From that moment, rumors accused the press Meghan Markle in such an act that surprised the whole royal world. But the Duchess of Sussex hastened to explain such a decision. She was extremely concerned about her psychological state and, so as not to get depressed and protect her psyche, persuaded her husband to make such a difficult decision for their family.

According to a friend of Megan, immediately after the birth of her son, the Duchess of Sussex began to manifest psychological problems in health. Over time, they only deepened. The life of the duchess could not be called happy while she lived there in the UK. Megan complained to her friends more than once that “she is sleeping badly, and that she began to have panic attacks regarding her future.

” The royal encirclement, life under the charter so pressured Megan that at one fine moment the girl could not stand it. Yes, it was not a lightning decision. According to Megan and Harry, they had long hatched an escape plan and were just waiting for the right moment to inform everyone.

Now Megan feels like a free bird, fluttered out of the cage and spread its wings wide. He and Harry are free as the wind, and no one decree. Now, having laid down all the royal duties, Megan can safely, without the slightest twinge of conscience, return to acting, for which she has already managed to get bored pretty much during this period.

The world of cinema is a place, as Megan claims, where she is real, such as she is, and where she does not have to deceive anyone. The hint was clearly not in favor of the royal family.

And while Megan is adjusting her life, the English dictionary is replenished thanks to the Duchess with new words. So the verb “mengmarkle” (in English “to Meghan Markle” or “tomeghanmarkle”) came into use.

What does this mean and in what situations is it appropriate to apply?

So, one of the Twitter users under the nickname Ryan Carter proposed the following definition to the new expression “meganmarkle”, namely:

“… value yourself and your mental health so much as to leave the room / situation / environment where you are not accepted or do not want to see you.”

Transfer: “Meganmarkle” means appreciating oneself and one’s mental health so much as to get away from where your true self is not welcomed and appreciated.
Example:
– Where is Ryan? “Oh, he meganmarkled.”

In a word, meganmarkle means to leave the place, and with it the people to whom you have no soul.

Pope Nur, the journalist of The Guardian, explained to the people in which particular situations it is safe to use the verb “meganmarkle”.

On dates / parties: “Meganmarkle” is to show respect for oneself, to know the boundaries of personal space and to observe the limits of what is permitted. Especially when it comes to alcohol. For example, imagine this situation: you return home after a meeting early and go to bed right there, not feeling the temptation to write to your ex or ex-lover (s).

Example: “Today I am meganmarkly.” In other words: “Today I’ll leave the party earlier or skip it altogether.”

In a relationship. “Meganmarkle” in relation to the former – this means not giving them a reason to influence you and manipulate your feelings when they send a message at 3 o’clock in the morning with the words: “How are you?”

Example: “I meganmarked him.” In other words: “I broke off my relationship with him.”

At work. In this area, “megmarking” means knowing your worth as an employee, and also having enough will to take, deploy and leave, slamming the door, from work where you are not appreciated, where there is no increase in salaries, or career advancement.

But these Britons like to simplify their lives, and they have figured out how to convey the whole state of affairs in one concise word.

READ Meghan Markle Has Found A New Source Of Income!

It is worth recalling that as soon as it became known about the decision of Garia and Megan to leave the royal family, the British came up with a new neologism “Megsit” (from the English “Megxit”, which by analogy is similar to the term “Brexit”, which means the British exit from the European Union. And Megxit, respectively, is also an option, but not on such a large scale, but merely a renunciation of royal duties and privileges.

To date, a former member of the royal family, Megan, has been invited to become an honorary guest and co-host of the popular Canadian reality show “I Do, Redo” on Netflix, dedicated to people who have had a chance to survive their first failed marriages. Filming of 10 episodes featuring Markle has already been planned. Its task is to help participants with advice. And Megan, as you know, is special in this matter and has good experience behind him. After all, she herself had married Prince Harry for the second time. Project managers told:

“We want to significantly change the lives of couples whose first weddings, due to dramatic circumstances, did not take place as planned,” Mulroney shared the idea of ​​a reality show.

Markle, along with his best friend Toronto wedding stylist Jessica Mulroney, the star of the upcoming Netflix show, will be broadcasting the show together.

The salary that actress Meghan Markle will receive for one shooting day in the show was also announced, and this amount is $ 588, which is the standard rate for such work according to Canadian standards. That is, for the name Megan, the surcharge is not supposed.

And Meghan Markle plans to continue her acting career. So far, she has not been offered a role in any of the films, and this is understandable, because Megan is still on maternity leave. But the actress has already agreed to collaborate with one of the animation studios, where she will voice the cartoon characters.

And although the verb “meganmarkle » more appropriate and relevant for residents of the British world, but those who are in the subject will understand you, even if you use this word in a conversation with your friends.

READ MORE Suddenly Useful: What To Do If You Meet the Queen