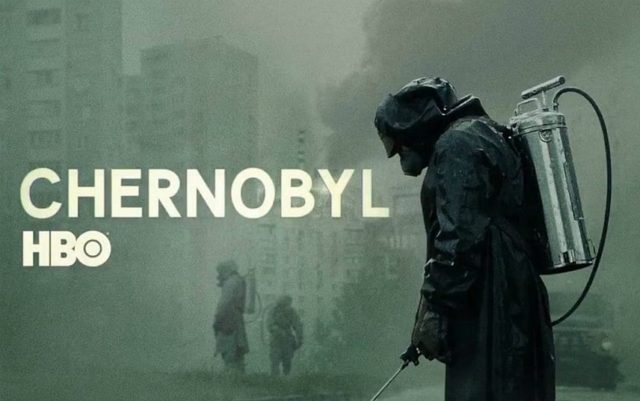 On the night of January 6th in Los Angeles, Golden Globe Awards were handed out; Cameron Diaz first knew the joy of motherhood at 47 years old; Harry Potter will have a sequel Lady Dee’s niece marries an elderly millionaire; Read the digest “Furilia”:

Chernobyl recognized as the best series

On the night of January 6th, the 77th film award ceremony of the Golden Globe Hollywood Foreign Press Association 2020 was held in Los Angeles in 2020. Cinema and television awards were presented live on NBC. The host of the event 5 times was a comedian from the UK Ricky Gervais. Among others, the coveted statuette at the Beverly Hilton Hotel received the HBO TV series Chernobyl.

It tells of the accident at the Chernobyl nuclear power plant that occurred in Ukraine on April 26, 1986. The director was a Swede Johan Rank, known to the world as the creator of some episodes of The Walking Dead, Viking and the series Breaking Bad. The producer was Craig Mazin, who worked on the films “Without Feelings”, “Bachelor Party” and “Scary Movie”. Both had a reputation as the creators of tough, sharp films. Critics warmly welcomed Chernobyl, noting a depressing atmosphere, saturated with fear of the unknown and a premonition of imminent death.

The Golden Globe also went to the military film 1917, as the best dramatic film, and its director Sam Mendes. Joaquin Phoenix became the best actor for his role in The Joker, and Renee Zellweger was recognized as the best actress who played Judy Garland in the biographical drama “Judy”. Quentin Tarantino did not pass by. His brainchild, Once Upon a Time in Hollywood, received 3 statuettes at once: Best Screenplay, Best Comedy or Musical, and Best Supporting Actor (Brad Pitt).

The best actress in a comedy or musical was named Aquafina, an actress of Asian descent who played in the drama Farewell. In the category “Best Comedy Series” won the project “Rubbish”, and starring Phoebe Waller Bridge went home with the award, as the best actress in a comedy series. Among the drama series Golden Globes, HBO’s Heirs project was celebrated. Honorary Award to them. Cecil B. DeMille for career achievements received a Hollywood actor Tom Hanks.

On January 3, the whole world was stirred by the news that the 47-year-old American actress gave birth to her first child. She reported this personally in her Instagram, writing:

“Happy New Year from Maddenov! We are happy, blessed and grateful for starting the new decade with the announcement of the birth of our daughter Raddix Madden. She instantly captivated our hearts and supplemented our family. We are overwhelmed with joy, but at the same time we want to protect her, so we will not publish photos of the baby or share any other details, except that she is very, very cute! Happy New Year and Happy New Year to your families. With love and best wishes, Cameron and Benji. ”- Cameron Diaz ©

But the friend of the actress, who wished to remain anonymous, was more talkative. She said that for the sake of motherhood, Cameron abandoned her career in 2014 and all 5 years unsuccessfully tried to get pregnant. Diaz literally registered in hospitals and consulted with many specialists. And when attempts to conceive a child in a natural way failed, she resorted to IVF, but even then it did not work out right away. The actress took hormones, lay under droppers and suffered from malaise. All this time, her husband, 40-year-old musician Benji Madden, was nearby and supported his beloved. It is not surprising that upon learning of pregnancy, the couple simply shone with joy!

Harry Potter: To Be Continued?

Fans of the Potterians rejoice! The media reported that the “Harry Potter” will be continued. Given that the last film about the young wizard was released 9 years ago, and the author of the books, Joan Rowling, assured that this was the end of the story, the news was more than joyful. It is assumed that the script will be written by the writer herself and the plot will unfold around the events that occurred 20 years after the final.

The new film will focus on the youngest son of Harry and Ginny Potter – Albus Severus, named after two principals of the Hogwarts school. A new villain will also appear on the screen – the daughter of Voldemort and the Death Eater Bellatrix Lestrange. Fans could get to know these heroes by reading the book Harry Potter and the Cursed Child. It is expected that the film will turn into a whole series about Albus Severus, and the old actors, already loved by everyone, will be involved in it. Although there has not yet been official confirmation from Warner Bros., it is rumored that a new Harry Potter film is already under development.

The 29-year-old English model Kitty Eleanor Spencer is the eldest daughter of Charles Spencer (younger brother of the Princess of Wales Diana). The other day, she dazzled the world community by accepting a marriage proposal from her boyfriend, a 60-year-old native of South Africa, multi-millionaire Michael Lewis. He is not only 32 years older than his chosen one (in January he will turn 61), but also 5 years older than her father!

A fashion mogul for princess Diana proposed to her niece on the eve of Christmas, when they were together in Cape Town. Kitty immediately told everything to her mother and other relatives. They, by the way, are well disposed towards Michael, who, despite his wealth, remains a modest and mundane person. The couple was first spotted together in New York in May 2018. For the model, this marriage will be the first, but for the owner of a network of British clothing stores Whistles is already the second.

READ MORE  Biomorphic Garden Party. The scans of the tumor looked almost identical to what I had been painting