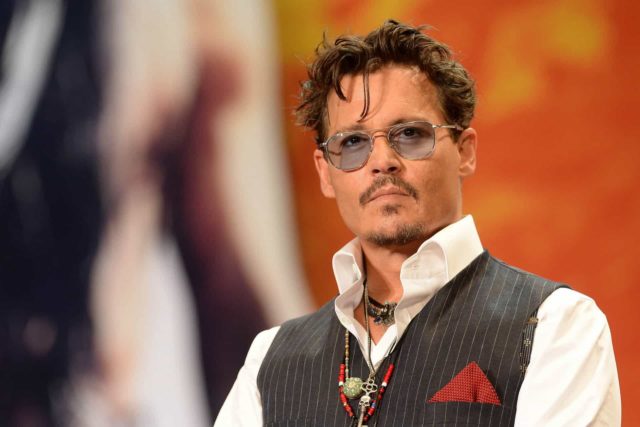 Brilliant Actors And Actresses Who Are Forever Hostages Of One Role

It would seem that what could be better for a beginner actor than the role he played, remembered and loved by many? Here it is fame, popularity and the beginning of a successful career. But for many film stars, cult roles become a real curse, crossing out all subsequent achievements. Today in the magazine “Furilia” I’ll tell you which celebrity was stuck in the same image in the memory of fans. Find out below about brilliant actors and actresses who are forever hostages of One Role:

During his career, which began in 1988 with a role in the film “Mystic Pizza”, this Hollywood actor has played in 70 films. What does “Good Will Hunting”, “Talented Mr. Ripley”, “Save Private Ryan”, “Dogma”, “The Departed”, “Interstellar” and “Martian” cost. But when the actor’s name is mentioned, the character Jason Bourne played first comes to mind. The role of the former CIA agent and professional killer tightly stuck to Matt Damon and, it seems, this can not change anything.

On the account of this American actor about 30 roles in the movie. He debuted on the big screen in 2002, and in 2011 joined the troupe on Broadway. But few people know about Jim Parsons outside the comedy series The Big Bang Theory, in which he played the brilliant physicist Sheldon Lee Cooper. The role brought him many awards, including Emmy and Golden Globes, but became the only one by which he was ultimately remembered.

The legendary British actor, winner of the BAFTA, Golden Globe and Oscar awards, has starred in more than 70 films over his brilliant career lasting 50 years. He played kings, detectives, cops and knights, but he was still remembered by fans as agent 007 in seven James Bond films. Sean Connery himself did not like this character with all his heart, and now it is clear why.

Someone, but this Hollywood actor does not dare to complain about fate. Starting his career in 1984 with the movie Nightmare on Elm Street, Johnny Depp appeared in more than 70 films. He has played in such films as Edward Scissorhands, What Gilbert Grape Eats, Donnie Brasco, Fear and Loathing in Las Vegas, Sleepy Hollow, Ninth Gate, Chocolate, Charlie and the Chocolate Factory, Alice in Wonderland, Johnny D., and many others.

But the role of captain Jack Sparrow in “Pirates of the Caribbean” as if crossed out all the other achievements of Johnny Depp. The actor himself is aware of what is happening and promised that he will transform into this hero until he is interesting to the public.

Actually, this American actor has 60 film roles in which he made his debut at the age of 8. But how many of you can name at least one of them without mentioning the hobbit Frodo Baggins from the Lord of the Rings trilogy? By the way, you can see Elijah Wood in such films as “Back to the Future 2”, “Forever Young”, “The Adventures of Huck Finn”, “Faculty”, “Encountering the Abyss”, “Spy Kids 3”, “Eternal Sunshine of the Clean” reason ”and“ Sin City ”.

Perhaps this is the case when the cult role in the movie put a bullet in the future career of the American actor. Macaulay Culkin managed to earn about $ 35 million on the image of Kevin McCallister from two films “Alone at Home”.

But the greed of his father Christopher and the reluctance of directors to pay multimillion-dollar fees to the young actor played a bad joke with the latter. Despite the two dozen roles played, he failed to repeat the success of children’s glory.

The English actor made his debut on wide screens as well as possible, playing the role of John Snow in the famous series “Game of Thrones.” Nominated for an Emmy, millions of fees for each episode and … a nervous breakdown that had to be treated in the clinic shortly before the premiere of the final series in the spring of 2019.

Known in narrow theater circles, Keith Harrington is trying to build a film career. He has already appeared in the films Silent Hill, Pompeii, The Seventh Son, and Underworld. But whether he will be able to get rid of the image of John Snow, only time will tell.

But it was the image of the killer writer Katherine Tramell that brought her wild popularity. The actress tried to repeat the success in 2006, when the sequel to the Basic Instinct was released, but the audience and critics did not accept the new film, which, moreover, failed at the box office.

READ MORE Film Stars Who Changed Their Appearance For a Movie Role!

Over his short life, this Australian actor managed to star in two dozen TV shows and films both in his homeland and in the United States. One of the last roles of Heath Ledger was the Joker in the film “The Dark Knight”. For her, he was posthumously awarded the Academy Award.

Now the late actor is only remembered for his brilliant game in this movie. But in addition to The Dark Knight, Heath Ledger starred in such films as Brokeback Mountain, 10 Reasons for My Hatred, Patriot, The Story of a Knight, Monster Ball, The Brothers Grimm, and Casanova.

This American actress is known to many by the role of Serena van der Woodsen from the series “Gossip Girl”, which was released from 2007 to 2012. Ask passers-by where Blake Lively was still filming and there will be an awkward pause.

Despite the fact that the majority of critics call the captive the picture of 2013 as the pinnacle of this Australian actor’s mastery, Hugh Jackman can’t get rid of the image of Wolverine who made him famous after the release of the movie The X-Men. Meanwhile, this talented performer played roles in such equally successful films as Kate and Leo, Van Helsing, Prestige, Living Steel, Les Miserables, A Robot Called Chappy, and The Greatest Showman “.

The entire cast of Friends

The comedy sitcom appeared on the screens for a long 10 years, making the actors and actresses involved in it real stars. Perhaps the most successful career boasts Jennifer Aniston, whose track record has more than 50 movie roles. But it was the image of Rachel Green that firmly stuck to the actress and was always associated with her. However, the same thing happened with the rest of the series.

READ ALSO The First Frames Of the Movie “Avatar-2” Appeared

About Matt LeBlanc, who played the role of Joey, almost nothing is heard. Little can be said about the career of former Ross Geller David Schwimmer, although he continued to act after the end of the series. Matthew Perry “shot” in two films with Bruce Willis “Nine Yards”, Courtney Cox was featured in the films “Scream”, “Ace Ventura” and the series “City of Predators”, and Lisa Kudrow starred in the films “P.S. I love you ”and“ Analyze it. ”

The British movie star can not be called an actor of one role. He has accounted for over 60 films and TV shows, including “12 Years of Slavery,” “The Imitation Game,” “Doctor Strange,” “Thor: Ragnarok,” and “The Avengers.” It’s funny, but among the fans, Benedict Cumberbatch is not associated with the Marvel Universe, as is usually the case, but with the role of Sherlock Holmes. Perhaps this fact is not so offensive to the actor, who knows …

This English actor has more than worthy roles in the films “Remember Me”, “Water for Elephants!”, “Dear Friend”, “King”, “High Society” and “Lost City Z”. But Robert Pattinson is terribly annoyed by the fact that they still shout after him: “Edward!”, Hinting at his participation in the saga “Twilight”. Of course, this role brought him success and popularity, but now the actor is ready to move on, leaving the melodrama about vampires far behind.

What can Pattinson complain when Arnold Schwarzenegger himself has to live his whole life with the nickname “Terminator”. A separate article can be written about the filmography of this Hollywood actor, because he played many vivid roles, starring in more than 50 films. A couple of years ago, the “iron” Arnie even took part in the drama “Consequences”, going beyond his usual role. But alas, Schwarzenegger will forever remain a cyborg from a series of films about John Connor and Doomsday for fans.

Do you like the article? Share it with your friends on social networks, but at the same time do not miss Holograms Of Late Artists: Why Are They Created And How Does The Public React?