Home Beauty Everything You Wanted to Know About Coconut Water 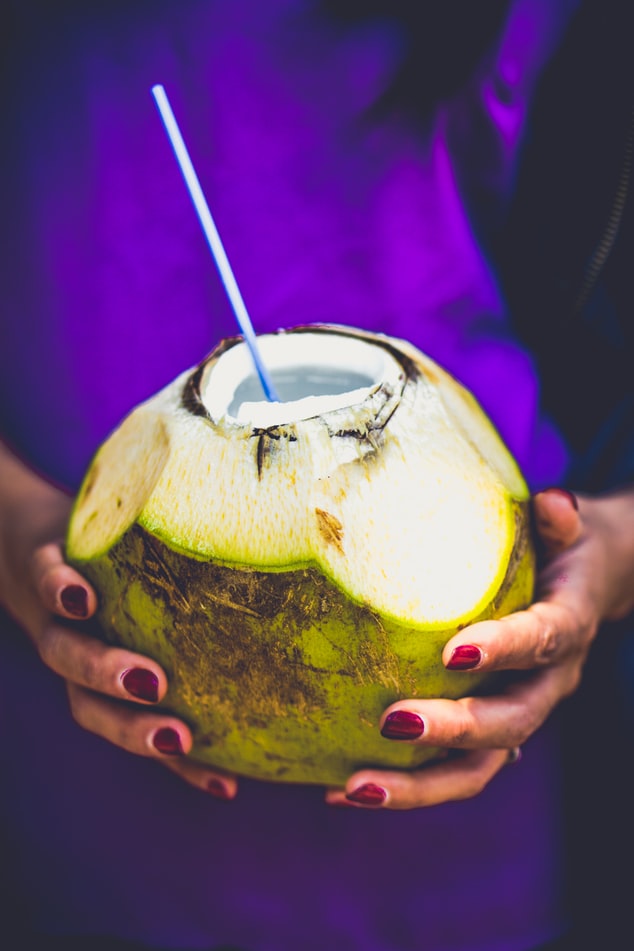 Everything You Wanted to Know About Coconut Water

Everything You Wanted to Know About Coconut Water. Coconut water is now considered almost a drink of the gods, which promises, if not immortality, then healing from all diseases, including cancer. Is this true, and what is coconut water really capable of?

What is Coconut Water?

Wikipedia is talking, that coconut water is the “liquid endosperm of young coconut palm fruits. As the fruit ripens, drops of oil secreted by copra fall into the endosperm, and the liquid turns into coconut milk, then this milk thickens and hardens. ” It is often confused with coconut milk, which is produced from the pulp of ripened coconut palm trees (like coconut oil), while water can only be found in green nuts.

Plasma is the liquid part of the blood that contains water and the substances suspended in it – proteins (albumin, globulins and fibrinogen) and other compounds. About 90% of the plasma is water. Inorganic substances make up about 2-3%. These are cations (Na+, K+Mg2+, Ca2+) and anions (HCO3–, Cl–, PO43−SO42−)

Idea that coconut water can replace blood plasma, arose due to its isotonic properties during World War II, when due to the lack of saline, coconut water was infused intravenously to patients, as well as during the US war with Vietnam. These were emergency measures, since in reality it is closer in composition to the fluid inside the red bodies. And because of the high content of calcium and magnesium, it is definitely not suitable for people with kidney failure and severe burns.

That is why now doctors do not recommend using this method, but at that time coconut water saved many lives.

It has antioxidant properties

Coconut water contains antioxidants that protect cells from damage. Research on animals, exposed to toxins,  shown to modify free radicals, which then do no harm.

True, such studies with the participation of people have not yet been conducted.

As already mentioned, the composition of coconut water is ideal for people who are actively involved in sports, as it helps restore sodium balance and potassium in the body (electrolyte balance). Odnakabout it has less sodium (the main electrolyte that comes with sweat) than in artificial sports drinks, and less carbohydrates, so it is recommended to drink coconut water not during training, but after class. Due to its high water content (94%), it quenches thirst well without causing nausea, and at the same time helps to at least partially make up for elements lost with sweat.

Hard training can lead to magnesium depletion and, as a result, cramps, tired legs syndrome, and cramping.

Calcium and magnesium, which are contained in large quantities, not only strengthen bones, but also help muscles to function normally and recover faster. In this case, magnesium acts as a transporter – it helps to transfer calcium and potassium to the muscles.

Cytokinins are hormones that help plants grow. It is believed that these compounds slow down aging and are a good anti-cancer prevention. However, research on this topic is still insufficient.

Cytokinins – a class of plant hormones of the 6-aminopurine series that stimulate cell division (cytokinesis). With this ability of cytokinins, their main functions in the development of plants are associated – for example, maintaining the apical shoot meristem. In addition, the physiological functions of cytokinins include stimulation of transport of nutrients into the cell, inhibition of lateral root growth, and slowing leaf aging.

Drinking coconut water lowers triglycerides and cholesterol in the blood. At least research carried out on rats, gave just such results. If you transfer this process to a person, then it turns out that in order to achieve the same effect, an adult weighing 68 kg should drink 2.7 liters of coconut water per day.

Top number is systolic blood pressure, shows the pressure in the arteries at the moment when the heart contracts and pushes blood into the arteries, it depends on the strength of the contraction of the heart, the resistance that the walls of blood vessels exert, and the number of contractions per unit time.

It is a good prevention of kidney stones

For about for the kidneys to work properly, it is advisable to drink enough fluid. Simple water does a good job of this task, but one study showed

Coconut water makes it even better.

Fact that it discourages adhesion of crystals to the kidneys and other parts of the urinary tract. It also reduced the amount of crystals formed in the urine.

In addition, coconut water is very is useful for skin and hair, however, for this it must not only be drunk, but also used as a home cosmetic product for external use. And the easiest and safest way is to wipe your face with a small amount on a cotton pad.

Where to Try Better Coconut Resorts

An ideal first acquaintance with coconut water is to try it where coconut trees grow, and you can bring a young coconut, which just five minutes ago grew on a palm tree.

For example, Koh Samui in Thailand was originally considered a coconut island. It is famous for its coconut sweets, French dairy, which produces rum based on coconut sugar, and cosmetics based on coconut oil (Tropicana).

The list of tropical countries in which you can not only relax well, but also try delicious young coconuts, is very wide: Philippine Islands, India (especially the coast), Malaysia, Thailand, Indonesia (Bali island), Seychelles (especially Mahe island), Maldives – there is plenty to choose from!

READ MORE Biohacking: What Is It And Its Basic Principles. Do Celebrities Use Biohacking?
READ Dreamy Vegan Date and Coconut Cake Recipe