Home House Houses Made Of Meteorites, Dinosaur Bones, Gold And Silver. The Most Expensive Mansions In The World 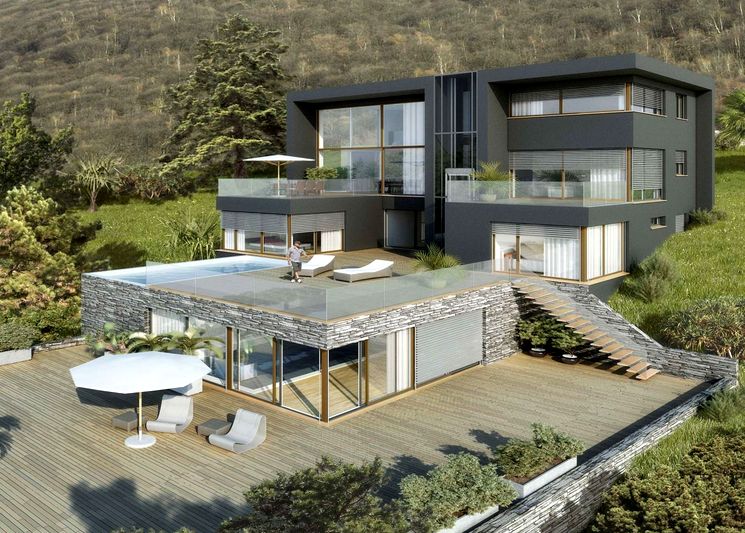 Houses Made Of Meteorites, Dinosaur Bones, Gold And Silver. The Most Expensive Mansions In The World

These mansions can not afford even millionaires. And not even all billionaires. Real palaces of tremendous size and amazing beauty. They are built by the best architects and are located in the most beautiful corners of the planet. Today we will tell you about them.

House at the cost of the island. The most expensive and beautiful mansions in the world

We will not talk about Buckingham Palace or the White House. Talk about houses that you can buy. Of course, not everyone, because they cost so much that only the most powerful of this world can afford such an acquisition.

Our rating will be headed not only by the most expensive, but also, perhaps, the most unusual house in the world. The cottage, located on the shores of a Swiss lake, is not just decorated with elements from a meteorite, but completely erected from a cosmic body! Which, perhaps, explains its cosmic value. However, building material is not the only advantage of the house. The floor and ceiling are covered with processed bones of a dinosaur that died tens of millions of years ago. To decorate the house, several tens of kilograms of gold and platinum were used. And there are 8 bedrooms, a three hundred meter terrace and a two hundred meter wine cellar.

Cost: as mentioned above, the price of “space” – more than 12 billion dollars.

The most classic English residence built in the 19th century for blue-blooded people. Which, by the way, can become neighbors of the future lucky owner of Updown Court. After all, next to the residence is the house of the English Queen and Sir Elton John.

As for the residence itself, not only its luxurious decoration (in the decoration of pure gold, silver and semiprecious stone) is surprising, but also its enormous size. This house has 103 (!) Rooms, 5 separate pools, its own helipad and underground parking for just 5 limousines.

Cost: To become a neighbor or neighbor of the Queen of England, you have to spend $ 150 million.

This miracle, built in the Florentine style, is located on the Cap Ferrat Peninsula. The many verandas and balconies offer stunning views of the Cote d’Azur. The building is more than a hundred years old – it was erected in 1917, but it was preserved just fine. At one time, this amazing house with dozens of bedrooms, a huge hall and an alley leading directly to the coast was visited by the most famous people of the past century. Frank Sinatra, and Elizabeth Taylor, and even several people from the English royal family visited here.

Cost: officially the villa is not for sale. But those who have the extra 525 million dollars will still have the opportunity to purchase it.

The skyscraper itself, located in French Monaco, is a place known and popular among the rich. This building is home to several dozen fabulously expensive apartments, fashionable restaurants, hotels and spa complexes. But it is the five-story penthouse located at the top of the skyscraper – the subject of dreams of the wealthiest people in the world. Its area is more than 3 thousand “squares”, on which there are bedrooms with panoramic windows and views of the Mediterranean Sea, a dance hall, luxuriously furnished living rooms. Everything was done with taste – the designer Alexander Giraldi, famous in certain circles, worked on the interior. Of course, in the territory of this “apartment” there is a huge private pool with a large water slide. The “bonus” to housing is round-the-clock maintenance, a personal driver and access to a luxurious wellness center.

DON’T MISS 5 Most Famous Hotels In the World

Cost: As of the end of 2018, Sky penthouse was considered the most expensive in the world. It is for sale for more than 300 million euros. The buyer has not yet been found.

No, not at all the Versailles in Paris. A married couple from Florida began construction of the largest mansion in US history in their state, but never completed it, deciding to sell the estate. In order to enter it, another $ 25 million will have to be spent on completion. Nevertheless, as of now, the estate already has: 30 huge bedrooms, an ice rink, a ballroom, a small theater for children, a parking for 20 cars and a real English garden. On the territory of the infield there is a full-fledged tennis court, a basketball field and a gatehouse – a full-fledged house with an impressive bedroom.

Cost: even an unfinished mansion will cost the future owner $ 74 million.

Such mansions are affordable only for Forbes billionaires.

READ ALSO How Could I Add Spice To My Ordinary Life Without Destroying What Was Already Good?